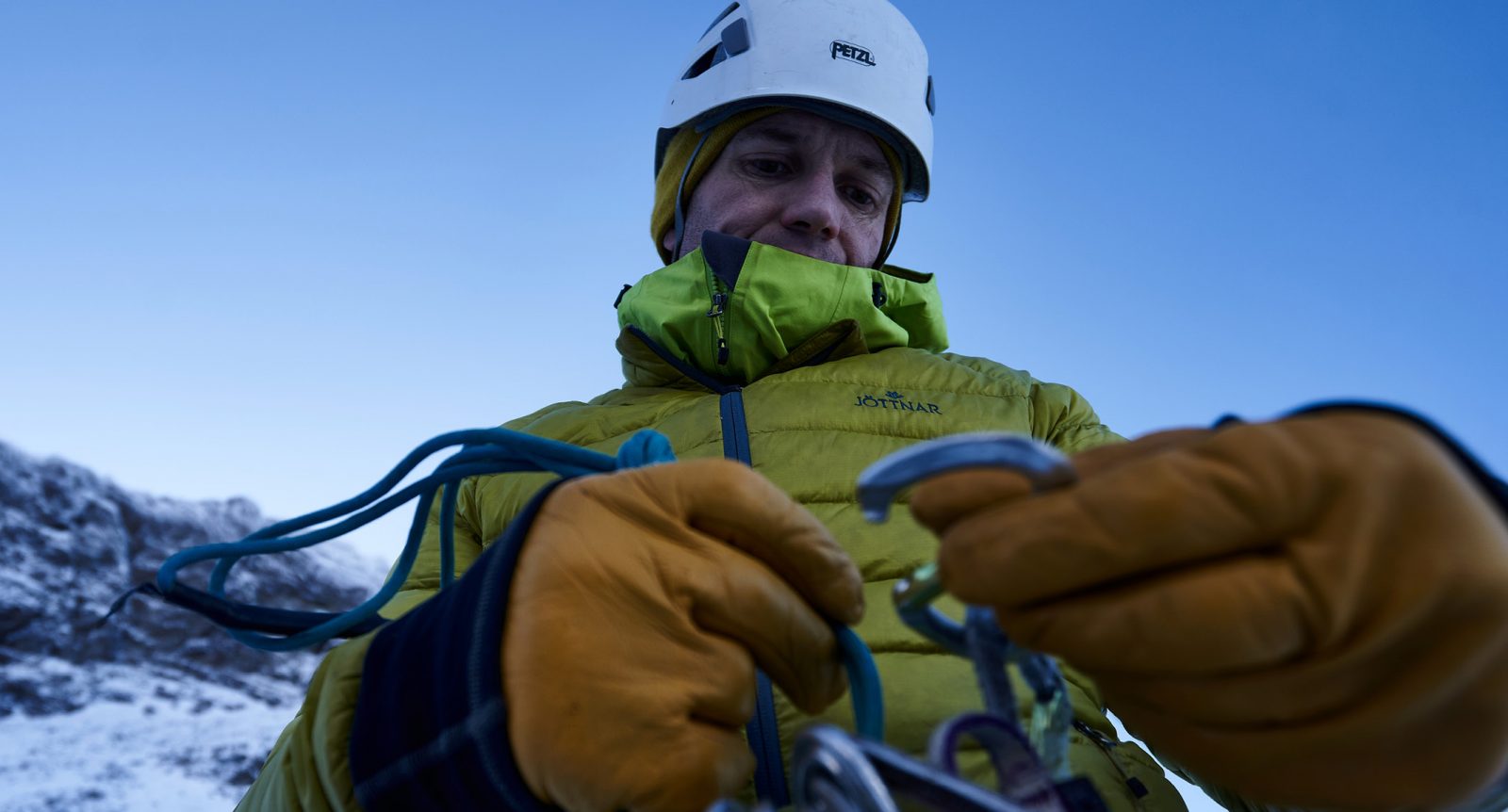 A CONVERSATION WITH THE BRAINS BEHIND JÖTTNAR’S NEW TECH

Considering the environments in which they’re designed to thrive, it’s hardly a surprise that it’s the outdoor industry stood at the forefront of progression when it comes to technological advances in clothing. That said, for years it’s been the industry norm for brands to rely on collaborations with existing trademarked fabrics and as such, names like Gore-Tex, Cordura and Polartec still dominate adventure clothing.

Amongst those norms though, there’s a select few taking progression into their own hands and UK based Jöttnar is one of them. Not content with existing offerings, in 2018 they released SKJOLDR™, a brand new windproof, waterproof and breathable fabric which they developed totally in house.

Now, with SKJOLDR; scaling mountains and fending off apocalyptic downpours, we catch up with Jöttnar co-founder, designer and CEO Steve Howarth to talk about how this new fabric came to be.

Win a Shed load of Jöttnar plus an Adventure Weekend in Wales here. 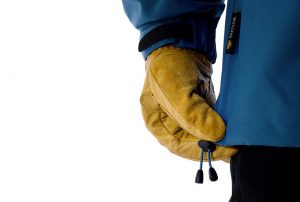 So there’s plenty of really great existing wind and waterproof membranes out there, what initially made you guys at Jöttnar steer away from those and create your own?

Where does the name for the fabric come from?

The name translates from Old Norse as shield or cover and is used to refer to a type of Viking shield, which the gold SKJOLDR logo also represents. SKJOLDR fabric offers superb protection so it felt like the perfect match.

And what materials have you used to create this fabric?

We use a variety of materials and have developed both two and three layer variants of SKJOLDR. The face fabric is non-stretch, highly abrasion resistant nylon, which doesn’t compromise breathability, packability or add excessive weight to the garment when carried unworn.

I’m going to get mildly geeky with you now, but in our top-end waterproof garments, such as the Odin jacket,  we shoot for a minimum 70 denier x 160 denier nylon face, with a total fabric weight of around 180 g/sm. We also have lightweight 96 g/sm SKJOLDR fabric three layer variants too, for example in the Asmund jacket. The three layer variant then has a very durable, very high quality nylon tricot woven backer applied to protect the membrane.

The SKJOLDR two layer variant is used when the backer protection isn’t needed, such as in the Ragnarok ski jacket, which has a down filled nylon shell affixed to the outer two layer waterproof shell. Using just two layers like this means a lighter garment. 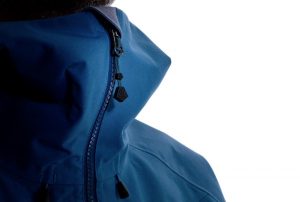 How long has the design been in the making and how has the process looked over that time?

We started development in 2017, and brought it to market just over a year later in 2018. First of all we set the performance criteria based on many years of experience as users. Next, working with our chosen specialist fabric mills and their own R&D teams, the Jöttnar development team begins working up first prototypes. Testing comes next. There are two stages to testing; lab testing through independent labs and real world field-testing using the Jöttnar Pro Team. Feedback from that process then informs the next stage of development.

So talk us through a bit of the wind and waterproofing and breathability technology that’s gone into SKJOLDR. What makes it and how does it differ from other products?

Let’s get a little geeky again. The membrane itself needs to conform to certain Jöttnar storm test standards with a threshold minimum 20,000mm hydrostatic head and a breathability minimum 20,000MVTR (or RET of 12 or less). We think that hits the sweet spot between waterproofing, durability and breathability. We’ve found that other fabric products don’t have the performance balance we like, or even over spec in certain areas which itself results in performance compromises. Specifying an unnecessarily high hydrostatic head above 20,000mm for example might reduce breathability, making you wet from sweat inside but offering you no real world better rain protection.

Now that you’ve developed SKJOLDR, is that it in terms of waterproofing technology for Jöttnar or will you continue to refine the product?

We’re constantly refining and developing, but right now we’re researching and developing bespoke applications for military users. We had some interest from that community after we supplied specialist units with our civilian versions for training earlier this year.

We’ve had incredible feedback on SKJOLDR from our customers. In a space replete with waterproof breathable fabric failure and over promising, it’s just performed so well.

Win a Shed load of Jöttnar plus an Adventure Weekend in Wales here.