Market research and location reconnaissance missions in the adventure industry are more fun than they are in most. Earlier this year, Secret Compass Founder and Managing Director Tom Bodkin, joined a bunch of mates to raft the length of the Grand Canyon. An expedition which – thanks to strict permit requirements– has been in the making for the best part of the last decade.

Guiding a 16ft raft down one of the world’s most famous water ways was  surely going to be a steep learning curve, but despite his limited rafting experience, Tom soon found himself with an oar in each hand, leading his boat complete with its heavily laden cargo. Below, he talks us through how it went.

The Grand Canyon is one of those bucket list trips, did it live up to the hype?

Undoubtedly yes. We spent 16 days floating 280 miles down the Colorado river, running world-class whitewater everyday. The scenery is constantly evolving and the side hikes you can do are amazing, with some incredible slot canyons and waterfalls. To top it all, we were with a great group of people, eating well and the rafts can carry as much beer as anyone would ever need. Not sure if there are any negatives actually.

So what was the set up on the river?

To take a private trip down the Colorado river you need a permit, and these are hard to get. Ady Ford, who put the 16 person team together, has been applying for years. We got together a good mix of people, most of us with limited rafting experience. Two of the team, Tom McLay and Tom Downs, are raft guides and had been lucky enough to have done the trip before. We had four rafts, roughly four people on each and three on kayaks.

What was your previous paddling experience going into the trip?

I’ve done a few river trips, most relevant for this was an expedition down the Nile from Nimule to Juba in South Sudan on oar rafts, although I wasn’t on the oars. I’ve also run a multi-day first descent of a river in Madagascar, a few day rafting trips on the Zambezi and in New Zealand. I’m swift water rescue trained and have done a little bit on packrafts in whitewater so I had some experience reading and running whitewater, but I’d never taken the oars on a raft into rapids like this before.

So leading a raft with all your kit for two weeks on the Grand Canyon must follow a pretty steep learning curve?

Yeah the first day was pretty steep. The mechanics of rowing are pretty simple and everyone picked it up really quickly. The challenge was the rapids. The raft has a huge frame on it and all your food and kit, plus a ton of beer, so it’s really heavy. Essentially, it’s like manoeuvring an oil tanker, you can’t turn it quick and getting up to speed takes time, then once you build up momentum it’s very difficult to change direction or slow down. As a result you have to read the rapids in plenty of time and ensure that you follow the right line at the beginning as your momentum keeps the raft moving through the whitewater.

Once you’re in, it’s very difficult to move across it and if you approach any big features you have to ensure the raft hits them square, or you’ll tip. We found this out early. On one of the first rapids, there was a big standing wave bouncing off the left wall and we hit it sideways. The raft lurched right up and one of the guys in the front of the raft got thrown out. It was an early lesson, even if you mess up the line, keep it square and hit anything you see hard. I don’t think it was until the final few days that I really had a decent idea of exactly what was going on.

You have to read the water flow and direction and judge the angle of your raft and the power you put in to the oars. This needs constant adjustment to ensure that you end up in the right place going into a rapid, going at the right speed. Overcook it and your momentum can take you through into walls or nasty holes. Undercook it and you miss your line and hit exactly what you wanted to avoid. This only builds from experience and after 16 days I still didn’t have it dialled – it’s a skill that takes a lot of time on water.

How big where the rapids – any sketchy moments?

I’ve got a healthy fear of whitewater having taken a couple of swims in the past. The Colorado is a big volume river, so the rapids are huge. The five biggest have massive holes and waves towering over the rafts so they’re pretty intimidating. The biggest, Lava Falls, is notorious. It’s got a massive hole in the middle of it that just destroys rafts and rips kit and frames off. We’d been watching Lava Falls Carnage on Youtube and when we got there we scouted it for a long time.

I thought I had the set up dialled in my head, luckily I watched the first raft go down with Tom McLay on the oars who nailed the line. I thought I was going to have to paddle really hard to make it, but actually from watching Tom it was more subtle. I think if I’d gone first I wouldn’t have had the experience to read the water going in, would have overcooked it and ended up in the massive holes on the right. In the end we hit a good line but you only just skim the huge hole in the middle, so it’s heart in the mouth as you hit the first wave.

Yes [laughs] two rafts on the same rapid. Bedrock is a 90 degree turn in the river with a huge rock in the middle. You have to take the right hand line past the rock. If you go left you flip. Two of the other rafts didn’t make the hard pull across the river to the right line and ended up going left with inevitable consequences. A couple of people had some long swims but we managed to get one raft flipped back really quick. It took six of us to do it due to the weight, and the other one recovered very quickly. The only thing we lost was the pee bucket, which one of the kayakers found 10 mins later. We were lucky.

Was there much opportunity to explore either side of the river?

Yes, we did loads of side hikes including a couple of big loops. There are some amazing waterfalls, including a huge one that comes straight out of a cave in the wall of a huge cliff. A couple of the guys climbed up to the entrance and looked in. Apparently with some climbing gear, you can go climb back into the cave and get to this huge lake. Some of the rivers coming in a an amazing light sky blue colour and the slot canyons are stunning.

Has this inspired more river based expeds in the future?

Absolutely, I love travelling by river. The pace of life is perfect, floating through the landscape. You get to see so much because your eyes are not just looking at your feet. It also takes you into inaccessible places you would never normally see. The whitewater is a bonus, throw an adrenaline hit in every now and again to keep you on your toes. This trip though is something else. As Tom McLay said, “it’s the trip of a lifetime that I want to do every year”.

More From The Journal 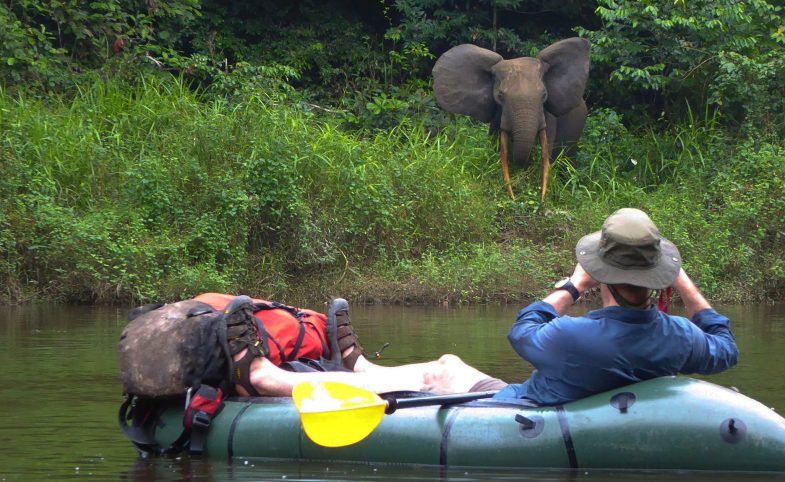 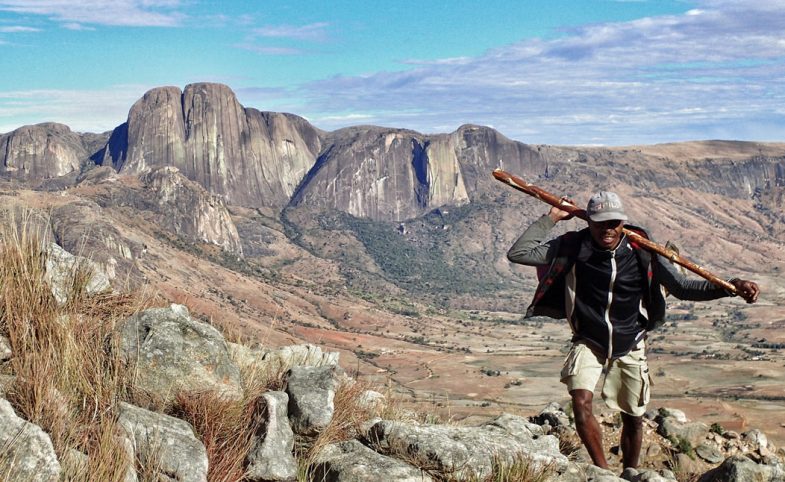 THE FIVE KNOTS YOU NEED TO KNOW

according to Waldo Etherington

A PASSION FOR ADVENTURE: ALDO KANE