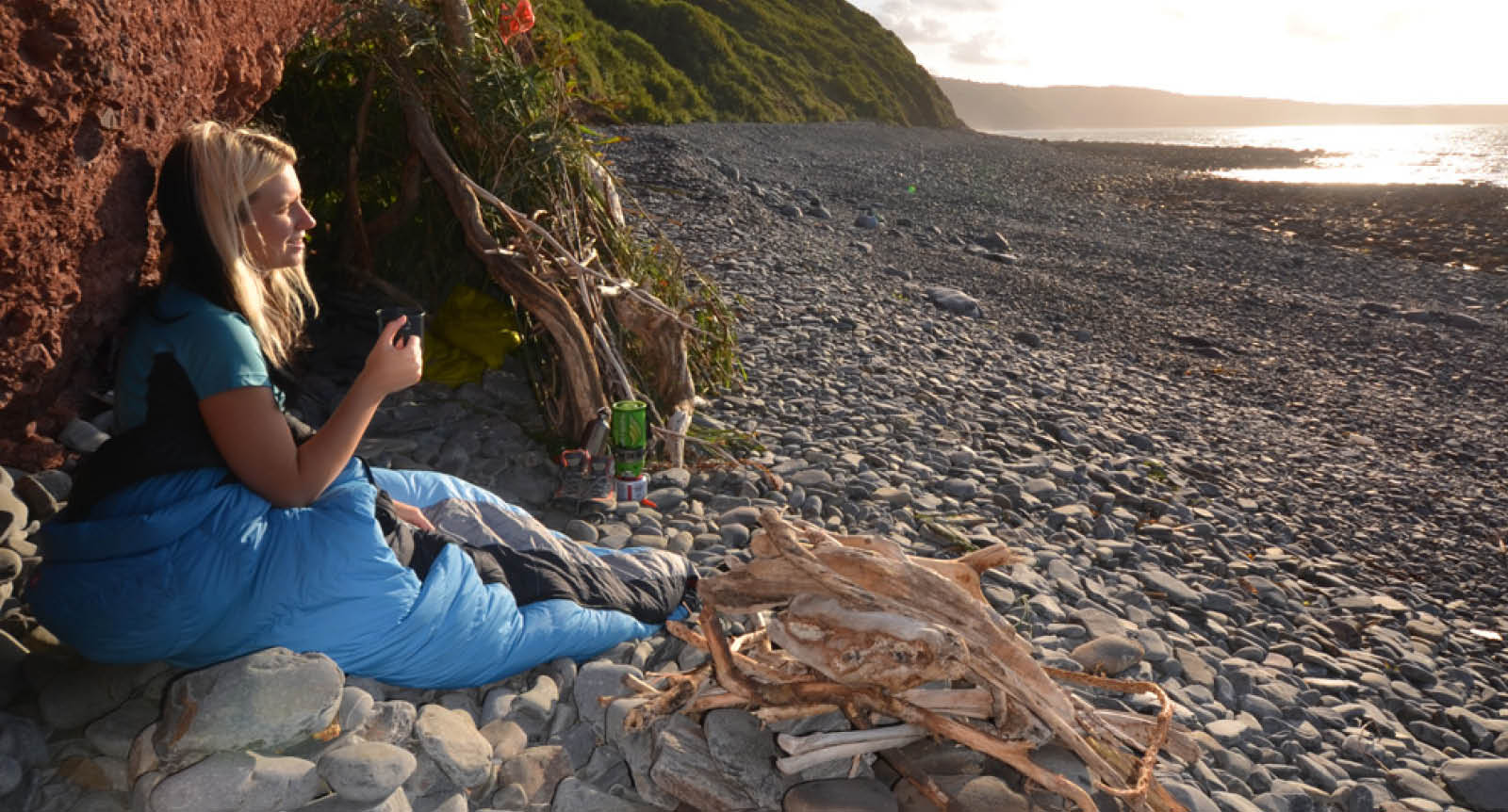 who's hot (and sometimes cold) right now in adventure

The world is jam packed with awesome people doing awesome things. What follows is just a few of those that we can’t get enough of right now. From running Hadrian’s Wall dressed as a Roman to using surfing to inspire social change, these guys and gals are living the adventure dream, and inspiring others to do the same.

Self-declared adventurer/ speaker/ mischief-maker with a fondness for leggings, a talk by Anna McNuff is guaranteed to get you raring to go. In 2013 she spent 7 months cycling through every state in the USA and in early 2015 she ran the length of New Zealand, covering 1,911 miles. She has also run Hadrian’s Wall (dressed as a Roman of course) and is an advocate for adventure, speaking in schools around the country and overseas. Anna spent the second half of 2016 cycling the Andes. Follow her adventures on annamcnuff.com – laughing out-loud guaranteed. 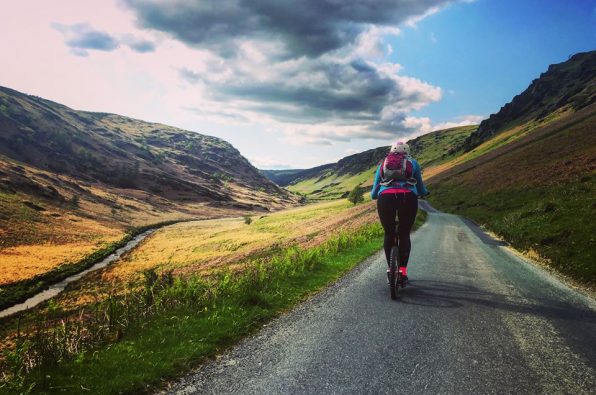 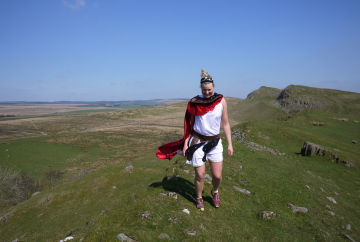 Anyone with a mild, passing interest in the world of adventure will have heard of the ever-affable Alastair Humphreys. Even those living under rocks have encountered him, for he has overturned them with his bicycle wheels, crampon-clad boots and packraft paddles on practically every continent during his years as a bike touring adventurer, packrafter supreme, desert explorer and winner of a National Geographic ‘Adventurer of the Year’ award – for encouraging everyone to go on their own Micro-Adventures.

Another one for pioneering adventures into your own back yard, in 2014 extreme sleeper Phoebe became the first woman to camp at all the extreme points of mainland Britain on consecutive nights – these included the highest, lowest, northernmost, southernmost, easternmost and westernmost points of the country.

In 2015 and 2016 she was shortlisted for the National Adventure Awards, in the ‘Inspiring Others’ categories and 2016 was named an Ordnance Survey #GetOutside Champion.

Phoebe has written books including Extreme Sleeps: Adventures of a Wild Camper, Wilderness Weekends: Wild Adventures in Britain’s Rugged Corners and the first and only guidebook to British bothies – Book of the Bothy.

Before he shot to prime-time TV fame Levison Wood co-founded Secret Compass, leading world-first trips into Afghanistan, Kurdistan and Madagascar. Walking machine Lev has since travelled the length of the Nile, the Himalayas and from Mexico to Colombia and shows no sign of stopping.

His antics began in 2014 when, inspired by his lifelong fascination with Africa and the great explorers of the nineteenth century he embarked on a year-long challenge: to become the first person to successfully walk the entire length of the River Nile. In 2015 Lev headed for the Himalayas, on an epic walk along the length of the world’s highest mountain range, from Afghanistan to Bhutan.  Truly bitten by the walking bug, in 2016 Lev trekked 1,700 miles along the spine of the Americas from Mexico to Colombia. 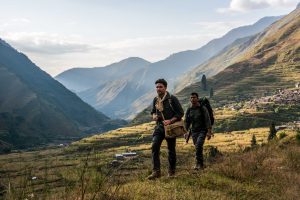 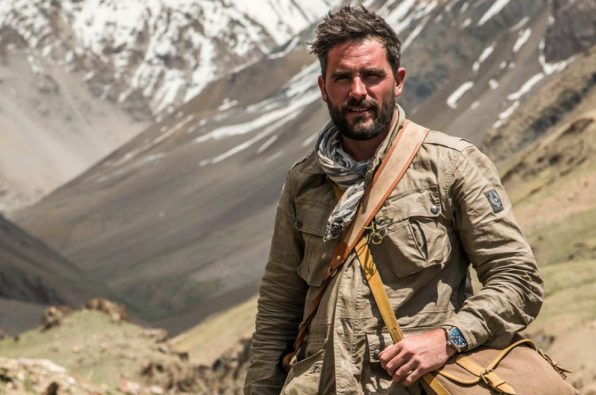 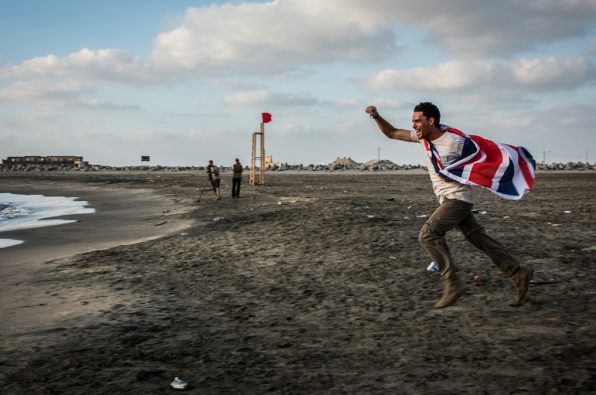 Ireland’s top female surfer and a pioneer of the sport amongst women in Iran, Easkey is also the co-founder of Waves of Freedom, an initiative which promotes surfing as a powerful medium for social change and empowerment. Britton’s experiences introducing surfing to Iran alongside Iranian pro snowboarder, Mona Seraji and Iranian diver Shalha Yasini, are the subject of documentary film, Into the Sea.

Tom ‘quit normal life in 2007 to become a self-unemployed creative explorer’ and has been going on bicycle adventures to places like Sudan, Iran, Yemen, Syria, the Arctic, Ethiopia, Armenia and Mongolia.

His adventures have resulted in the award-winning film and book ‘Janpar: Love on a Bike’, recounting his epic three year round-the-world cycle trip on which he met Tenny a feisty Iranian-Armenian girl with dreams of her own, and hits a crossroad. Should he give up his grand plan for the girl he loves, or cycle off and risk missing out on the greatest adventure of them all?

Without spoiling the plot too much, Tom is currently living in Armenia and route-finding in the country’s beautiful Lesser Caucasus mountains in order to establish the world’s newest long-distance trekking route: the Transcaucasian Trail.