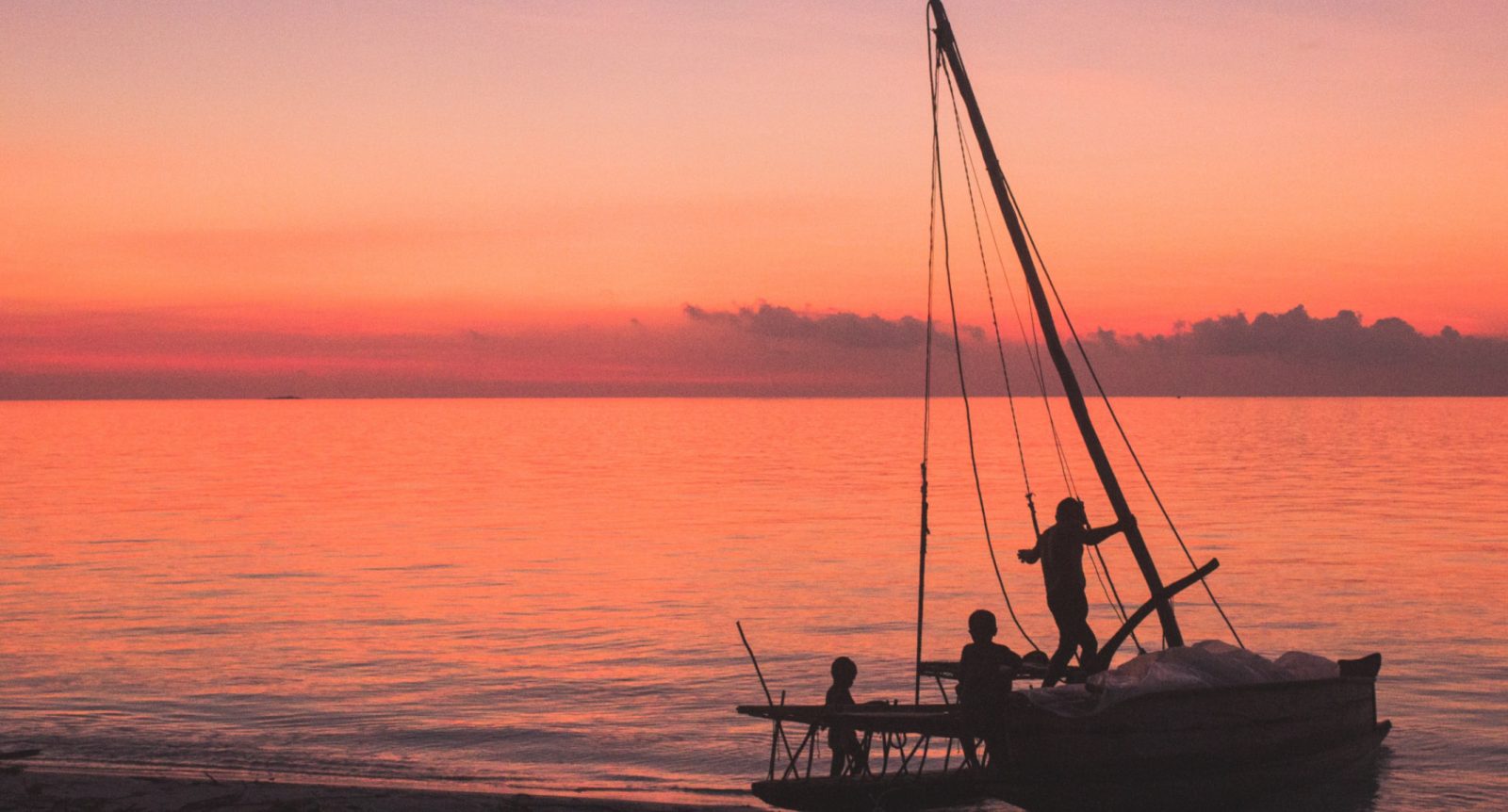 ADVENTURES FOR GOOD IN 2019

Travel and adventure can be strictly personal pursuits, selfish even, and that’s cool. It’s valuable escapism, time to think, time to develop both physically and mentally. But it can also be a vehicle for good in a broader sense. There’s no better way to make up your own mind about the world than seeing it first hand, no better way connect with people than face to face or to aid conservation than by getting your hands dirty. We’re big believers in all of those things and at Secret Compass. Fortunately, our expeditions and adventures all promote low-impact, responsible tourism. We work directly with select teams of locals and environmental organisations so we know exactly where our money goes and where we can we always travel by our own steam, be that by bike, packraft or our own two feet. Below we’ve compiled some of our adventures for positive impact in 2019. 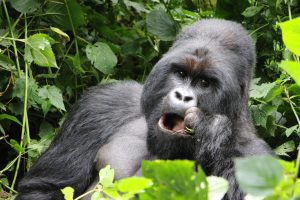 The world’s entire population of critically endangered mountain gorillas survive in the Virunga Massif and Bwindi, which spans part of the Democratic Republic of the Congo, Uganda and Rwanda. The Virunga National Park  is home to around one third of this population and has been an integral in  ensuring their survival as a species. In 1981, numbers were believed to be as low as 250, while now, thanks to the on-going hard work of the park and its rangers numbers are back in the range of 1000. But with the conflict over resources adding continuous pressure on the region and the forced closure of the park in 2018, the importance of funding through tourism in Virunga in 2019 is absolutely paramount to the survival of the world’s last remaining mountain gorillas. We’re proud to be working closely with the park and the rangers who protect them, and supporting their efforts through our annual expedition into the DRC. 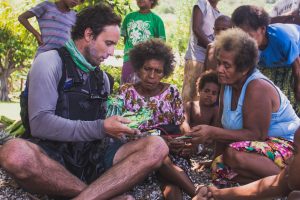 Working with an expert guide, this sea kayaking adventure in the Louisiades Archipelago supports sustainable tourism development in these islands. Residing on remote volcanic chain between the Coral and Solomon seas, the Melanesian natives have little connection with the outside world, and rely on a subsistence lifestyle of fishing and farming.

With a conscientious approach we’re striving for positive impact by trading useful goods such as fishing gear, solar lights and school supplies and providing small income alternatives to shark finning and sea cucumber harvesting, with which the locals pay for boat rides to reach medical care on the main island. By experiencing the region you can help to fund small projects within the communities. No large group tours, no disposable plastic, no excessive donations; just kayaking, coral reefs and trade exchanges.

Full details and find out how to join here. 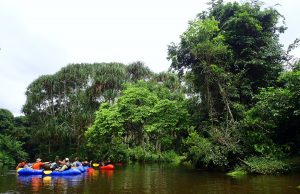 Aid Conservation in Gabon with this Packrafting Adventure

Positive tourism is at the heart of some of the world’s most effective conservation strategies and Gabon, home to a myriad of threatened species, is shaping its natural resources towards successful eco-tourism. Around 80% of Gabon is tropical rainforest and with over 10% now protected. It’s heavily limiting logging projects while organisations such as the Fondation Internationale Gabon Eco-Tourisme (FIGET) protect the primary forests of the Ipassa-Migouli-Invindo region. Working closely with FIGET and the Institut de Recherche en Ecologie Tropical, after a successful epic expedition in 2016, in 2019 Secret Compass are heading back to Gabon for another exploratory packrafting and trekking expedition through the dense rainforests, home to gorillas, forest elephants and wily chimpanzees. 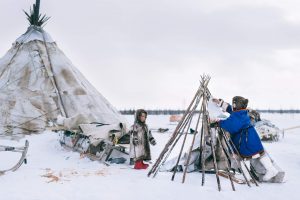 Cultural Exchange with the Nenets of Northern Siberia

The Nenets reindeers herders of northern Siberia are a community constantly marginalised by Russian politics and threatened now by climate change and as such this nomadic way of life is finding itself on the fringes of extinction. This expedition to the Yamal Peninsula of northern Siberia gives travellers the opportunity to embed with the nomadic communities. Through experience and story telling this expedition strives for a mutual cultural exchange through positive tourism helping to preserve a culture on the edge of extinction. 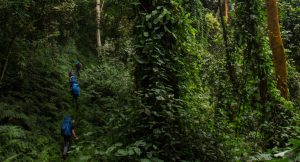 Tracking Bonobos in the Congo

Now the world’s most endangered species of great ape, bonobos are the closest living relatives of humanity. With the support of national government and the African Wildlife Foundation, this is the first official expedition into Lomako-Yokokala Faunal Reserve with the opportunity to witness humanity’s closest relatives in their natural habitat. By taking teammates into the region, this expedition will raise awareness and vital conservation funds towards the protection of the bonobos for future generations. 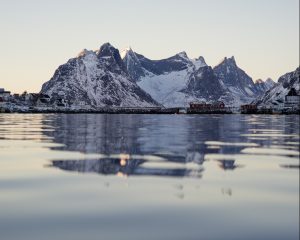 Sailing for Marine Conservation in Lofoten

This sailing adventure is your opportunity to contribute to valuable marine plastic research off the coast of Norway. Depending on the crew’s objectives at the time, from the 57ft steel expedition sailing yacht you’ll help gather data for marine science projects, track and monitor marine debris, observe and record wildlife interactions with plastic pollution. Using the boat as a base, you’ll sail out in the Vestfjord and into the Lofoten Islands, you’ll need a passion for the protection of our oceans and a will to be physically involved with conservation. 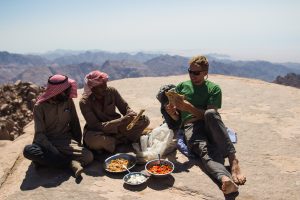 Employing the talents of over 40 Bedouin spread across numerous families from five different tribes, this crossing of the southern Sinai fosters connections with the vast desert and those who inhabit it, embracing the daily lives of the community. Using techniques almost forgotten by many local Bedouin the team are kitted out with a farrwa (Bedouin cloaks), bags and water bottles all made by members of these communities. Meat is be purchased from shepherds deep within the desert and fish is caught and dried by the coastal tribes while fruit, vegetables and herbs are being grown and picked by numerous families in the mountains. Working closely with bedouin tribes, this expedition provides an alternative source of income and a legitimacy for the communities to embrace these traditions.