The 2017 Adventure Film Festival is almost upon us and as always the guys have curated a belting list of films that’ll without doubt have you packing your bags.

Product of the minds of adventure power couple Austin Vince – known for his dedication to motorbike overalls – and Lois Pryce, the festival is their homage to all things DIY adventure. If you know not of these two, hit the links above and get acquainted.

With the festival looming and preparations well underway, amidst a ridiculously busy schedule of country hopping, we caught up with Lois to shed a little light on all things ATFF.

To champion real-life adventure: unsponsored, DIY trips made without huge budgets or loads of gear. But also to show how independent, low-impact travel can create unity and understanding on a grass-roots level among different cultures. These are the defining features of our own adventures and we are very keen to encourage both aspects.

To someone who’s never heard of ATFF, how would you describe it?

It’s a super-friendly, totally unique celebration of independent DIY adventure travel in all forms. It takes the form of a music festival in that everyone camps in the fields and there are bonfires, outdoor activities and live music – with a fabulous programme of 20+ adventure films, speakers and workshops all happening simultaneously in the indoor spaces. 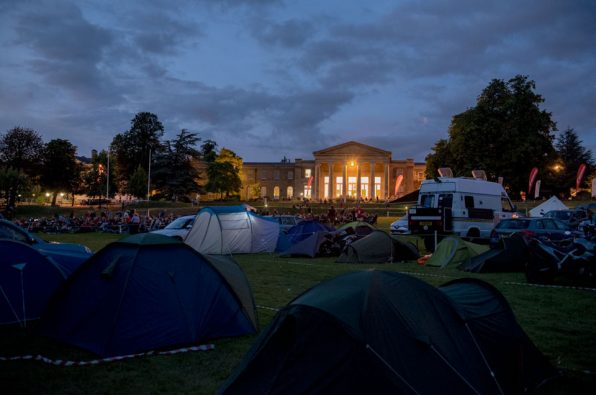 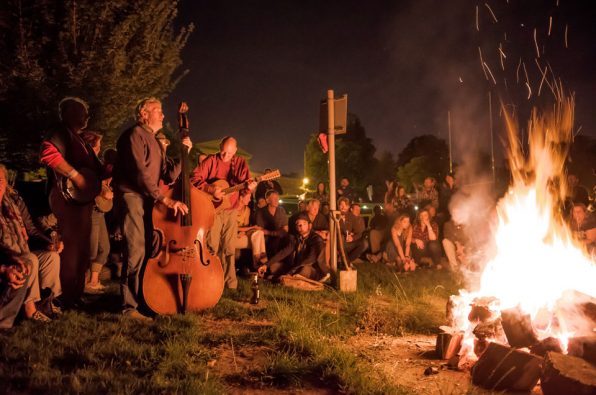 When was the first year and how have you seen it grow?

This is the 7th UK festival. The first one was in 2011 and was just a couple of hundred people in a field in Devon (complete with plenty of sheep poo). The main UK festival now takes place on the outskirts of London – in the gorgeous 200 acre grounds of Mill Hill School. We have festivals in Australia and Scotland now too.

A uniquely friendly atmosphere of real camaraderie. Many people have met and made friends at the festival and gone on to do expeditions together. The atmosphere is lovely – and the content is a lot of fun too. Of course there’s all the films covering all kinds of journeys transport from all over the world but there are also talks from well-known adventurers, workshops from building a zip wire to prepping a motorbike for an expedition to spoon whittling, travel writing and lots of film-making workshops. There’s yoga and a swimming pool too if you’re feeling energetic. At night we have a ‘starlight screening’ followed by a band and sitting around the campfire into the night. The grounds and buildings are beautiful so it’s just a lovely place to spend a weekend with like-minded people. The odd celebrity has even been known to drop by… 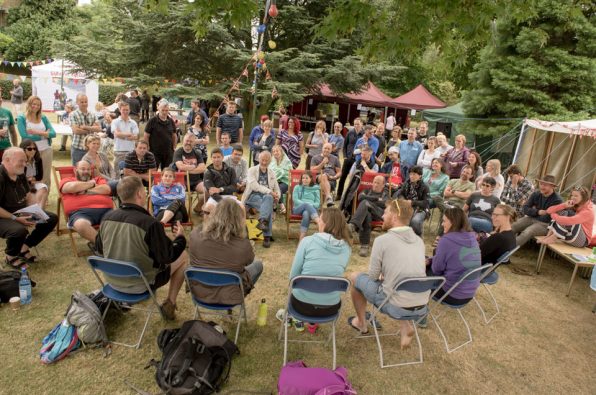 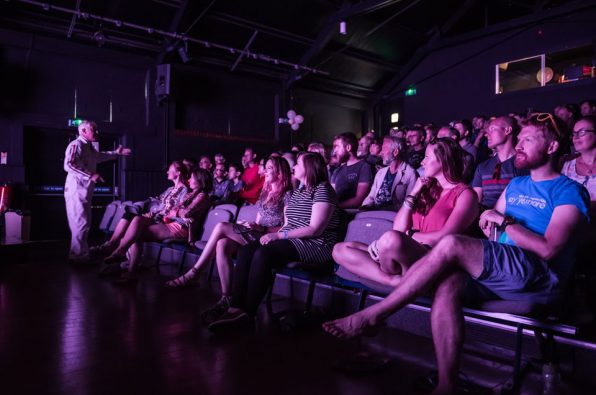 What sparked the concept?

Over the years, Austin and I would get sent films by fellow travellers from all over the world. Some of these were staggering in their quality and we couldn’t believe that all these amazing trips were happening and being filmed – but not being seen by a wider audience. We also have a passion for digging up old archive footage, and we ended up accruing such a huge pile of amazing movies that we thought we should somehow get them out to the wider world. It’s hard for ‘normal’ people to get this kind of thing on mainstream TV so we thought ‘let’s start a film festival!’

Where are you at with the preparations for 2017?

We’re all ready to go! Brochures printed, full schedule on the website and loads of tickets sold already!

Of course as you’ve curated schedule, all films are equal in your eyes, but which are you really looking forward to seeing?

It’s so hard to choose, but one that I think will pique a lot of interest this year is Man With A Pram. Not your typical ‘adventure’ movie but it was certainly challenging. Swedish adventurer Mikael Strandberg walks from Manchester to London pushing his 2-year-old daughter in a pram, in a bid to meet and ‘understand’ us Brits. It’s certainly illuminating!

There’s also some crazy Czech guys driving Trabants across South America and some seriously hardcore kayaking films. I think the audience favourite will probably be Losing Sight of Shore – four women rowing across the Pacific – it’s a masterpiece of resilience and film-making and it’s our Saturday night starlight screening.

The Adventure Travel Film Festival will be kicking off 11–13 Aug, click here for more details. Click here for your chance to win tickets.