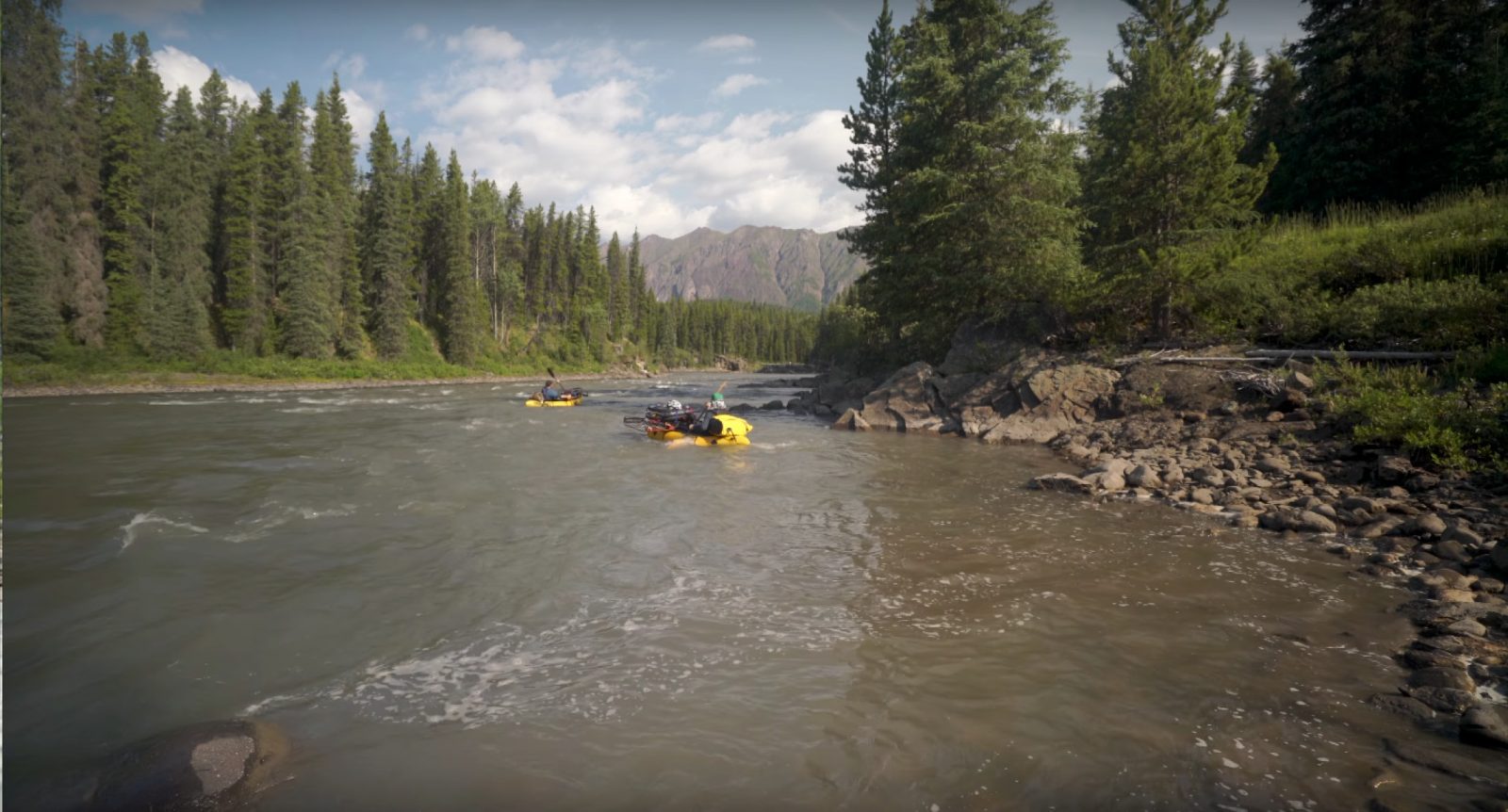 CHASING WILD: BIKERAFTING WITH BEARS IN BC

a 400km expedition in northwestern Canada

August 2014, saw one of the most devastating environmental disasters in modern Canadian history as a dam failure at Mount Polley Mine resulted in millions of cubic meters of contaminated waste flowing into the pristine salmon filled waters of British Columbia. With another mine with a similar design is implemented further north in the province, three friends set off on a 400km bikepacking and rafting expedition into the heart of the sacred headwaters in northwestern British Columbia, to understand what these mines risk.

Starting at the entrance of the new mine, Red Chris they’d cycle 150km to a river, from where they’d circle the region paddling 200km before pedalling back to their starting point. In the wake of the Mount Polley Mine disaster, the team’s goal offers a sobering window into this wild landscape as they pedal through vast boreal forest, paddle frigid whitewater, battle monster trout, outrun a grizzly and learn about the Tahltan’s fight to protect their homeland.