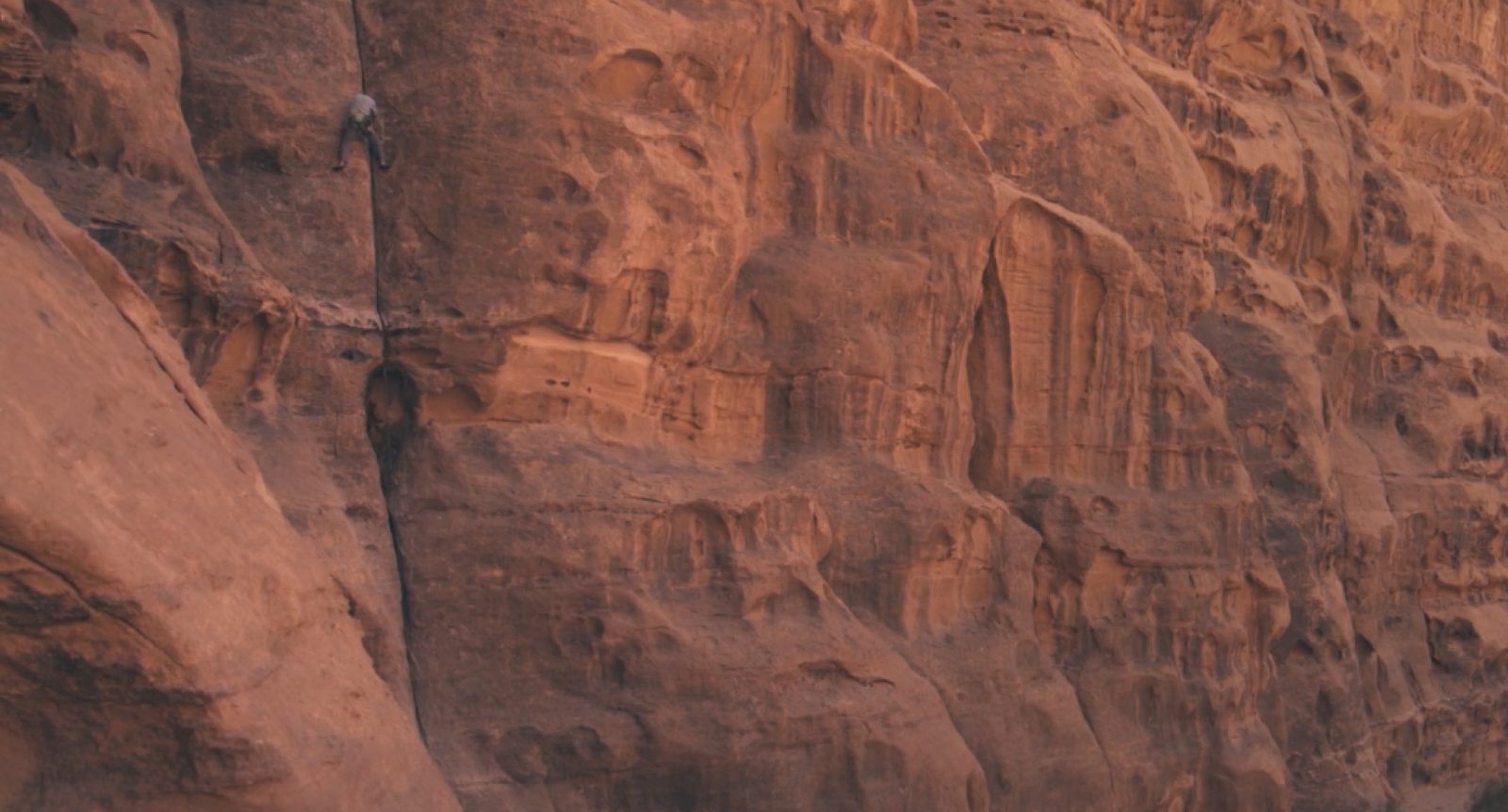 For thousands of years, climbing has been integral within Bedouin culture and today a strong climbing community still exists across young and old. Hosted by the Bedouin on each of his trips, for the last fifteen years, Rob Durran has been one of the most active climbers to frequent the area.

“Some places in the world you just want to be away from everything, it’s nice to not have any people. Wadi Rum isn’t like that at all – it’s as much about the people here as it is about the actual desert,” says Rob.

On a previous trip to Wadi Rum, he noticed signs of an old Bedouin route at the base of a mountain. With Abdallah Al-Zalabeh, a Bedouin tribesman and founder of Jordan’s first climbing club Rob returns to the Wadi to find out where the route leads.