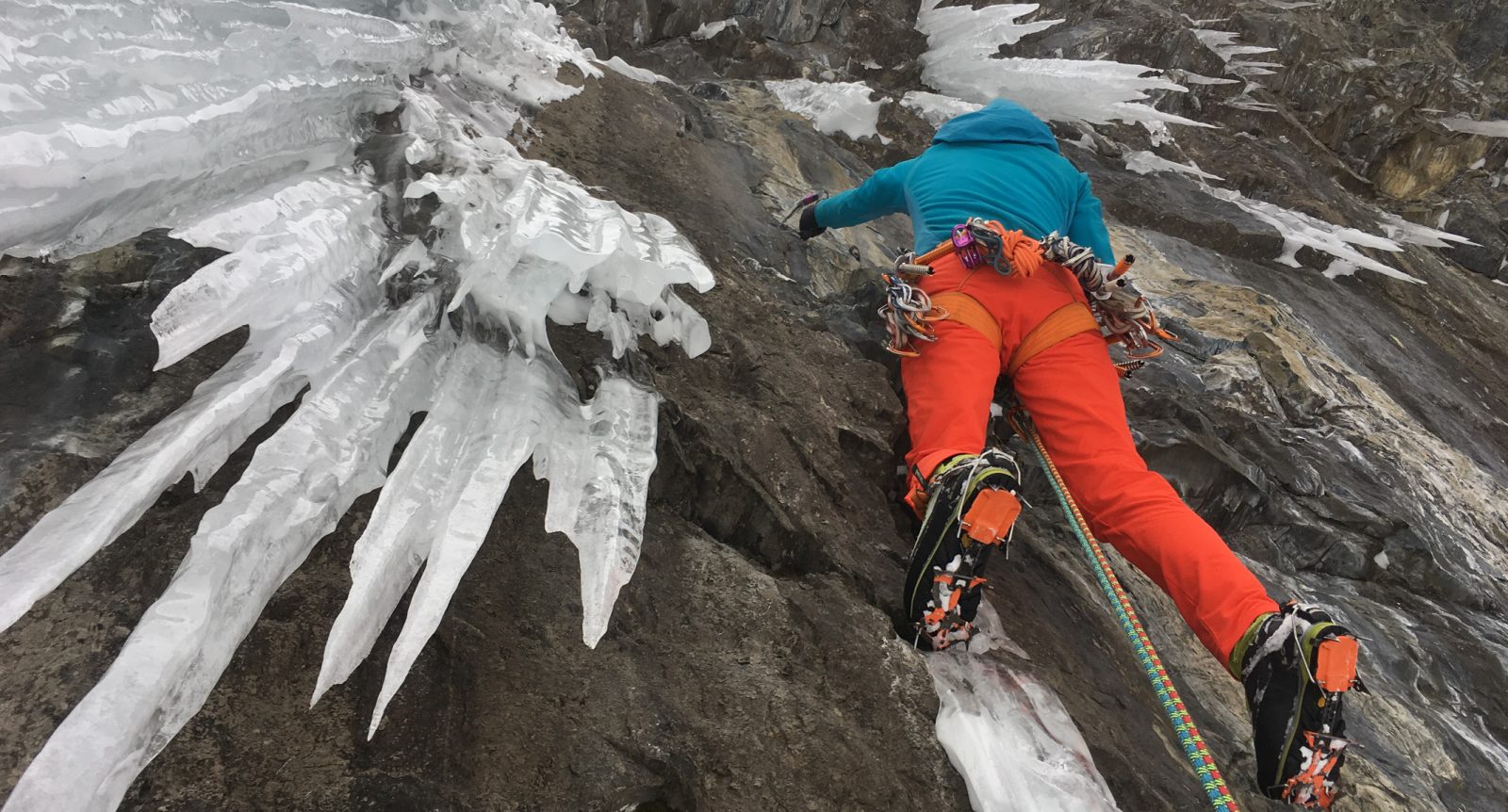 navigating the mental challenges of climbing ice and injury

Beth Goralski was at the top of her game when she suffered a season ending injury. Always chasing the adrenaline rush that achieving great climbs gave her, the injury hit her hard – both physically and mentally. Below, Beth takes us through navigating the mental challenges of climbing ice and injury. 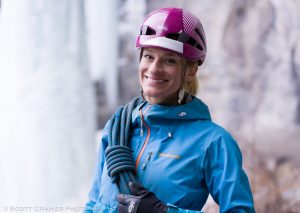 Nothing else quite excites and terrifies me like ice climbing. But that exhilaration is addictive. I constantly surprise myself with what I’m able to accomplish when I let go of fear and trust my body. It’s a mental game as much as it is a physical one.

I got into ice climbing through rock climbing at university. A girlfriend of mine kept trying to get me to go to the new climbing gym on campus. Eventually I gave in to her requests and we headed there together. I immediately loved rock climbing, it was unlike anything else I had ever tried. It involved strength, athletic ability and mental toughness. It was also exhilarating. It was through that, that I first tried ice climbing. I found I had a real talent for it, so ended up focussing more energy there. There’s something incredibly satisfying and almost zen-like about climbing, it’s a moving meditation; I follow my breath and stay ever present, mindful of every moment. Where rock climbing is a gentle caress of the rock face, ice climbing permits a bit of aggression and violence in order to ascend to the heights.

There are parts of ice climbing that are dangerous – I’ll be the first to admit that. Ice is fragile and you’re smashing a pick into it with all your strength. There have been numerous times I’ve backed off a climb because I didn’t feel the conditions were safe.  I tend to err on the conservative side when it comes to assessing the quality of ice for climbing. I’d rather delay a climb for another day than get on something that could potentially break under me. But then I’ve done a number of routes that were rated R, which means there’s no room for error, requiring not only performing physically but keeping it together mentally as well. 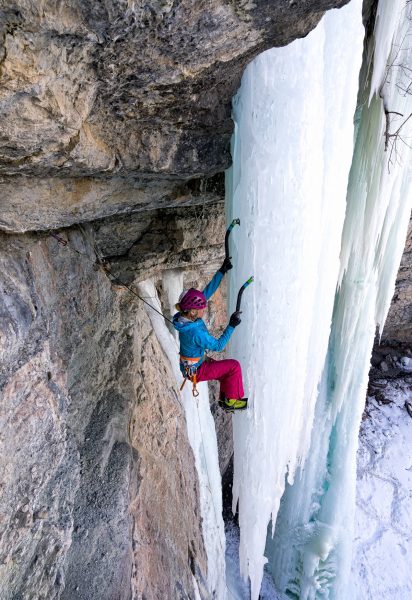 There’s a huge mental aspect in climbing that’s not there in other sports I’ve done. Just because one is physically strong doesn’t necessarily mean they will be a good climber. The mental aspect of climbing is what keeps me coming back. It’s an exercise in mindfulness and control. Long before I discovered ice climbing, I knew the power of endorphins and searched out ways to maximise my exposure to them. I revelled in the way my body felt after a long, debilitating sports practice. I’ve always wanted to get better, to improve, to succeed, to win. The desire to push myself is persistent. Each success leads to great dreams, bigger goals, and in pursuit of those goals, I’ve pushed myself to my physical and mental limits.

When it started, I didn’t realise I was pushing myself – I’ve always been competitive. I’m hardwired to try it. And it meant I was succeeding, I was at the top of my game. Recently, though, my body has started pushing back, a persistent pain in my elbow, a tightness in my shoulder. A physical therapist diagnosed tendinitis in my elbows and impingement in my shoulder. Last fall, it hurt to climb so I started trail running more in order to get my endorphin fix.

I had just begun to trail run in early October when I felt a sharp pain in my left hip. I decided to take a week off from running to allow the pain to subside but when I tried again, I took barely twenty steps and I knew something was seriously wrong. I’d torn my left hip labrum which needed surgery. It meant the end of my ice climbing season.

In order to recover, I had to take some time out of ice climbing. I definitely suffer from a high degree of FOMO – it’s hard to watch my friends doing cool things. But I have to remember that when you participate in a lifetime of athletics, it’s not a matter of if you get injured, it’s a matter of when. There have been plenty of times my friends have been sidelined as a result of injury, when I continued climbing.

Although not being able to climb was frustrating, it actually turned out to be a far more productive period of time than I imagined. Being put in an involuntary time-out reminded me why I love climbing. In retrospect, maybe I was starting to get a little burnt out. I’m always pushing, trying to do more, better. That constant push is what led to my tendonitis and hip injury. It takes a toll mentally to always be on. I can get a bit obsessed about my goals and dreams. That obsession and compulsion has allowed me to attain a high level of achievement not only in sports but in my academics and career. When I first began ice climbing, I didn’t care about grades, difficulties, or pushing my limits. I cared about having fun, laughing and being with my friends. Being injured has forced me to remember why I was participating in the sport in the first place. Somewhere along the way, my focus had shifted from pure fun and enjoyment to harder, better, stronger. The irony of the situation is that I had to take a step back in order to go forwards. 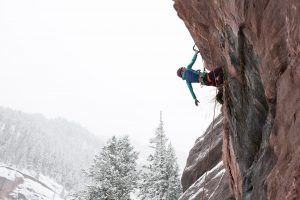 Acceptance is the answer. Just because I’ve accepted something, that doesn’t mean I have to like it. I think acceptance of our situation is more than half the battle. I’m injured and I don’t like it. But sulking about how the universe has wronged me isn’t going to make my body heal any faster. I’ve accepted that I’m human with physical limitations. And now, in a way, I’m more motivated than ever to climb because I’ve rediscovered how much it means to me.

What I’m hoping for now is a speedy recovery. I hope that I come back from this injury stronger not only physically but mentally also. I learned a lot about myself and I’ve had to accept that I’m no longer twenty years old. My brain tells me I’m twenty, but my body says otherwise. Working out the differences between the two and learning how to care for myself as I age has been interesting as an athlete. I know many people much older than myself who continue to perform at a very high level but they don’t train the exact same way they used to. I feel in many ways, I’m much stronger than I was in my twenties. I have experience which is infinitely more useful than youthful ignorance.