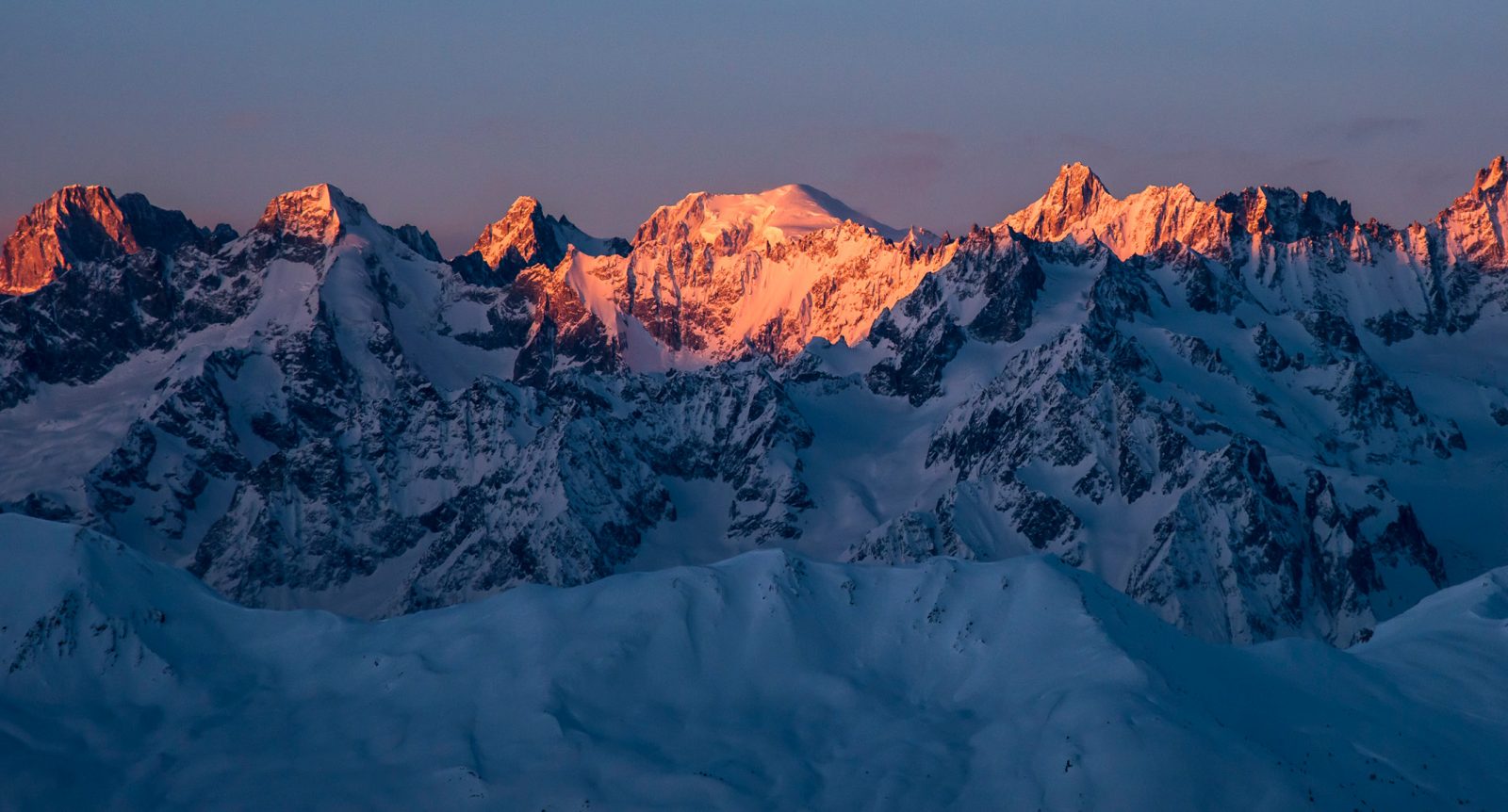 EVEREST IN THE ALPS TO RAISE £1MILLION

by successfully scaling the height of the world's highest mountain

Despite extreme conditions and temperatures as low as -30ºC, in February 2018, 30 determined ski-tourers successfully climbed 8,848 vertical meters to complete the Everest in the Alps: the Second Ascent Challenge and they are now on track to raise over £1 million to aid vital research into paediatric brain tumours.

Within the Swiss resort of Verbier, the ascent took place over four days. In partnership with the Brain Tumour Charity, teams from Smith & Williamson, Barclays, JP Morgan, Goldman Sachs, and global insurance broker, BMS, all dug deep to complete the Challenge and raise funds in support of the work initiated by the inaugural challenge three years previous.

“A lot of good people came together from all different walks of life and ultimately we’ve raised a lot of money for research that’s been so underfunded,” said event founder Rob Ritchie.

“The vertical nature of the challenge presented everyone with their biggest problem. It’s just not something most people were even remotely used to,” continues Rob. “When we had low moments, we talked about Toby, and reminded ourselves why we were there.”

After learning of a brain tumour diagnosis for Toby, his 5-year-old son, in 2015 Rob and 13 of his friends and family headed to Verbier where they took on the very first Everest in the Alps. The group raised an incredible £3million, helping fund the creation of The Everest Centre in Germany – a leading research centre into paediatric low grade tumours which opened in June 2017.

“It was the ultimate elation; everyone was tired, happy, emotional. You name it. It was a wonderful feeling, finally finishing such a remarkable challenge.”

“It was simply incredible and something I would never have thought I’d have been able to achieve,” says Phil. “Something that really resonates with me is talking about Toby’s Everest and the challenges he faces. This is our big challenge. I know I will never take part in such a physical challenge as big as this, so it’s my personal Everest.” 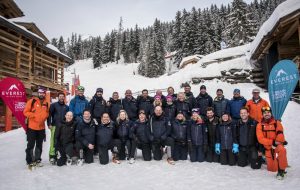 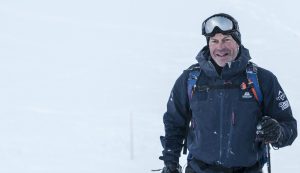 Over the four days skiers were pushed to their limits and beyond as they ascended up to 2,500 metres each day, burning calories equivalent to completing 8 back-to-back marathons over the course of the Challenge.

“The changing weather patterns made the expedition incredibly hard,” continues Phil. “The legs and body worked well but it was the relentlessness that got to us. It was every single minute, from the moment you woke until you went to sleep.”

Managing the event from the initial development stage through to the safety of the teams on the ground, Secret Compass proved key to the event’s success.

“It was a privilege to be able to support Rob and his family with Everest in the Alps, and take part in the challenge for the second time,” said Tom Bodkin, Managing Director of Secret Compass. “The Second Ascent has not only proved the concept of the challenge, it has once again been a highly successful fundraiser for a cause in desperate need of more funding.”

IFMGA Mountain Guide, Harry Taylor, was the lead guide for the challenge. He’s climbed on Everest nine times, and is the second British man to have reached the summit without oxygen.

“This was planned to be a physical event but the temperatures we are experiencing today are not a million miles from the -36°C temperatures I experienced on my summit day on Everest,” Harry explains. “It’s a very real test, and a very real experience for the teams which I’m sure they’ll remember for a long time.”

Throughout the climb, the teams spent the nights in mountain huts, a chance to gather their strength and shelter from the extreme temperatures whilst allowing them to continue their climb at first light from where they left off. Long days meant that they had to be back on the slopes as early as 5:30am.

“This will make a real difference to the lives of children everywhere affected by a brain tumour diagnosis and treatment.”

“The last day was a really early start. I was tired and a few things went wrong in the first 20 minutes of that day and I was out of sorts,” recalls Phil. “It took me a while to find my rhythm, to get my positive head on. I felt like I was letting people down and realised I needed to stop panicking, that I needed to wake up and focus. Then we hit blizzard conditions for three hours with no communication and not really able to look around. It was a surreal ‘heads down’ kind of state.

“After a few hours, I had no idea we had climbed so far and then the call came down the line that we only had 250 metres to go. It was a shock to be honest. Then the smiles came out for everyone and the high spirits soared for the last hour. It was the ultimate elation; everyone was tired, happy, emotional. You name it. It was a wonderful feeling, finally finishing such a remarkable challenge.”

Globally over 26,000 children have a low grade paediatric brain tumour and every year in the UK alone, another 500 children are diagnosed. The location of low grade tumours in the brain often make them only partially operable. Consequently children often have to go through multiple rounds of invasive treatment like chemotherapy and radiotherapy, and relapse is a constant fear.

Funds raised by the teams will go to The Everest Centre, financed by The Brain Tumour Charity. The centre will fund several vital research projects to develop understanding of low grade paediatric brain tumours and trial new treatments.

“We are immensely proud and humbled to support everything that Rob, his family and the teams have done with Everest in the Alps,” said Sarah Lindsell, Chief Executive of The Brain Tumour Charity. “The Second Ascent saw an incredible success; the raising of nearly £1million, that will fund vital research at The Everest Centre, driving change for so many children affected, like Toby, with this devastating disease. This will make a real difference to the lives of children everywhere affected by a brain tumour diagnosis and treatment.

“This is an incredible undertaking by any stretch of the imagination and from all of us here at the charity, we’re incredibly grateful and inspired by their achievement. With the help of Phil, Rob, and all the teams that took part in Everest in the Alps, we will change these shocking statistics.” 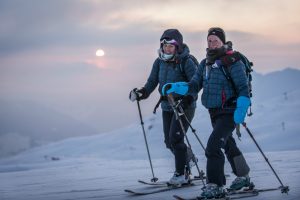 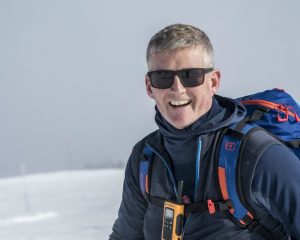 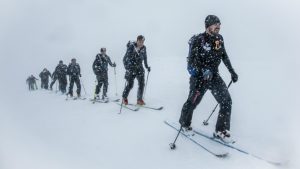 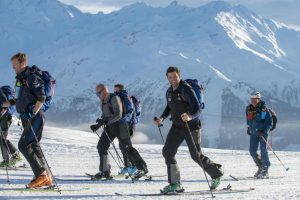 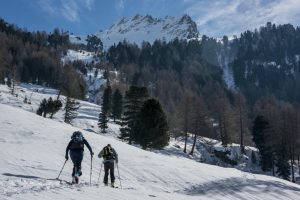 To find out more about the work of The Brain Tumour Charity, click here, or to keep up to date with the latest from Everest In the Alps, click here.