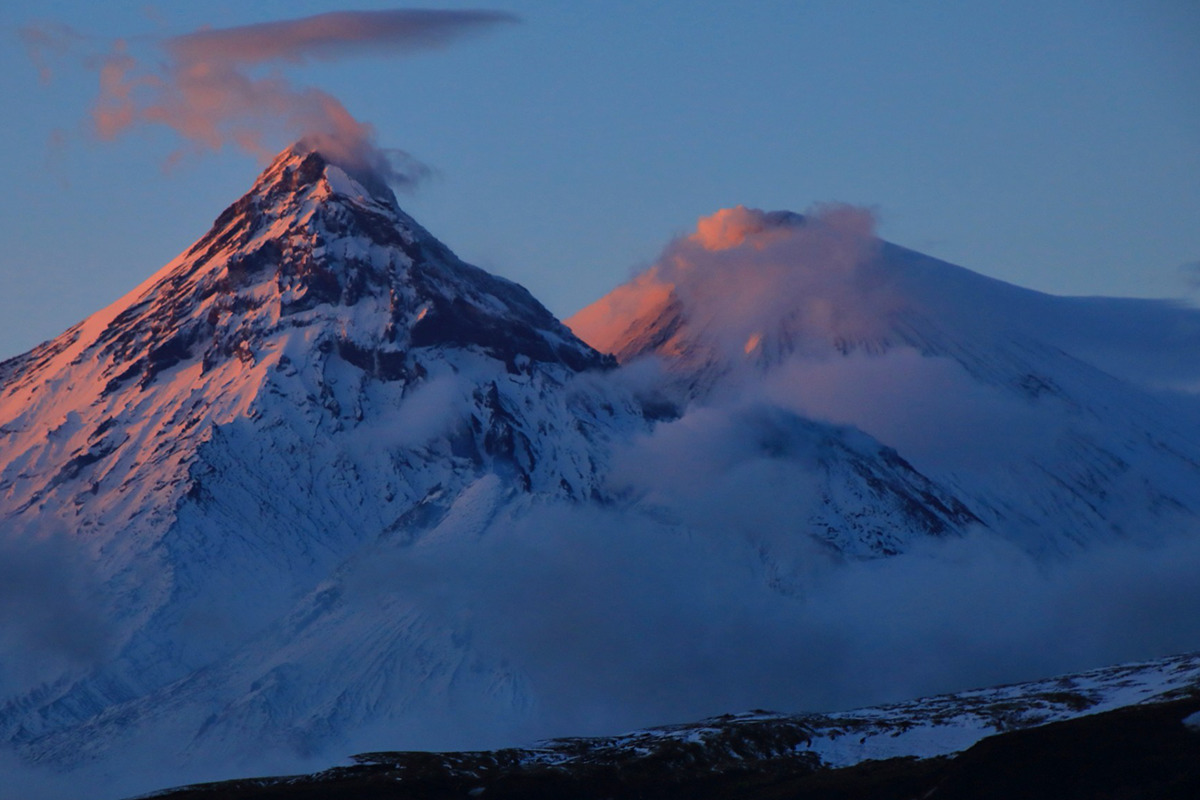 Land of Fire and Ice

Hanging off Russia’s far-eastern coast, the rugged 1200km-long Kamchatka Peninsula is a pristine example of wilderness in the absence of man. Its geographical proximity to the U.S shrouded it in Soviet secrets; secured territory forbidden to everyone aside from Russian military personnel up until 1991. Now, bears outnumber locals, while Eurasia’s highest active volcanoes keep the night skies alive. Take on an unforgettable challenge, and set out on an epic trekking expedition into the land of fire and ice.

The primary aim of this epic expedition is to complete a challenging trek on the Kamchatka peninsula’s Klyuchevskaya massif, a region where active volcanos dominate the landscape – including the eponymous active volcano that is Eurasia’s highest at 4750m – and bears rule the pastures which link them.

As the Why Go tab elaborates, the Kamchatka peninsula has been described as a natural volcanology museum. It’s home to around 300 volcanoes, 30 of which are active, with every stage of volcanic life present from active to extinct. This is an exploratory adventure waiting for you to make it your own – whilst Secret Compass have a proposed route for the trek, no year is the same and there is an opportunity for the team to have their own input into decisions. Prepare to pit yourself against this great natural environment, with ration packs and team camaraderie to fuel you along the way!

What our teams say

“Hiking and camping through Kamchatka was one of the most incredible trips I’ve ever done, and I couldn’t think of a better company than Secret Compass to help take you there. Great guides, thorough logistics, and a flexible and truly off-the-grid itinerary made it a bucket list of a lifetime. Plus, we didn’t get eaten by bears or melted by a volcano, so I’m going to consider that a success.” – Matt, 2019 teammate.

The Kamchatka peninsula has been described as a natural volcanology museum. Among its 300 volcanoes, 30 of which are active, are those at every stage of volcanic life from active to extinct. Between them they display all the different attendant volcanic formations from geysers and fumaroles to thermal springs and mud pots. Many of the volcanoes are considered extremely active and erupt regularly, among these are Shiveluch, Karymsky, Kizimen, Bezymianny and Klyuchevskaya Sopka, the highest active volcano of Eurasia. The trek includes exploration of the Klyuchevskaya massif but the active volcano of the same name itself is not attempted.

If you are into exploration and remote adventure few places provide a better playground than the remote and mysterious Kamchatka peninsula in Russia’s Far East. Kamchatka is a 1200km-long peninsula running north-south between the north Pacific and the sea of Okhotsk. It is home to the 700,000ha World Heritage-listed Klyuchevskoy Nature Park. Described as one of the last pristine wilderness areas on Earth, it is one of the planet’s most active volcanic regions. It consists of massive swathes of unpopulated wilderness, huge active volcanoes and remote and wild shores that attract extreme surfers and those keen on truly remote wilderness fishing.

Believe the literature: the part of Kamchatka this expedition explores is remote. There are closer trekking regions near the airport – which are far busier as they’re easy to access. This epic Secret Compass expedition pushes out into the rugged wilderness, far from the madding crowd, accessing the area by 6×6 vehicle.

Prepare for tough journeys over uneven land and to forge your own route out through the volcanoes, with no trails or signs. It’s likely you won’t see a single road, walking track or permanent settlement for the entire trek. A small number of rustic huts dot the landscape, originally built for visiting scientists, depending on conditions your group may take some shelter from the elements in these. Abandoned Soviet architecture or planes might also be spotted as cut-off Kamchatka was, and still is in places, a massive military base. It is not unusual to see behemoths of the Russian Navy plying the waters of Avacha Bay. The region has only been open to outsiders since the fall of communism.

This expedition does not come with porters. You are your own porter so pack warmly but wisely. In addition to your personal kit, teammates will receive ration packs and a share of team kit to carry bringing your weight carried to around 25kg at the outset. You’ll then cover a total of up to 180km through the untracked wilderness of the 700,000ha World Heritage listed Klyuchevskoy Nature Park, leaving larger bags at basecamps when attempting summits. No technical experience is required and specialist kit will be provided but whatever your fitness levels or previous experience: train and come prepared.

Kamchatka has the highest concentration of Brown bears (Ursus arctos beringianus) in the world and most previous expedition teams have enjoyed sightings. These bears are closely related to the Alaskan Brown Bear and can grow to three metres in height, weighing as much as 650kgs. Humans are much more of a threat to them than they are to us as, sadly, the bears are still shot by trophy hunters. Other fauna includes wolf, salmon, arctic fox, lynx, wolverine, sable, weasel, ermine, river otter, bighorn sheep, reindeer, moose and marmot. The peninsula is the breeding ground for Steller’s sea eagle one of the largest eagle species.

Secret Compass runs expeditions with framework itineraries, rather than guided tours with set daily plans. Read more about our Approach here. The following is the outline plan for this epic expedition – the ‘substance’ rather than the specifics. A fuller itinerary is provided in the Kamchatka Expedition Handbook which is available on request or upon application to join the team.

All teammates fly into Petropavlovsk-Kamchatsky (PKC) by Day 1 of the expedition (some flights can take two days depending on routing so double check your flight search criteria and ensure you arrive on the right day). Everyone will be met from their flights by our in-country partners and transferred to a local guesthouse in Yelizovo, where your Secret Compass leader awaits. The expedition officially begins at 1900 with an introductory briefing and team dinner. In the morning, prepare for the long drive to Kozyrevsk which can take up to ten hours. Day three entails a journey in a specially designed 6×6 vehicle across the mosquito and bear-infested taiga up to around 1000m where you’ll then trek a short while to set up a camp near a riverbank.

The trekking phase of the expedition is now underway. For the next eight days, your team will explore the Klyuchevskaya massif, trekking near Klyuchevskaya volcano itself and aiming to climb neighbouring volcanoes such as Zimina, (2300m), Bezymianny (2882m) and Plosky Tolbachik. Weather and volcanic conditions can affect route choice and progress and so a flexible mindset is required on this trek.

Led by an experienced and professional leader, dynamic decisions will be made en route to ensure the team maximises its abilities and the time spent in this remote, off-grid wilderness. Weather permitting – you might witness a string of 12 volcanoes as viewed from the top of Plosky Tolbachik. You’ll wild camp most nights, sometimes near a volcanologist’s hut, often leaving kit at basecamps on the summit pushes themselves. On day 13 of the expedition you’ll descend from the massif, trekking back across uneven lava fields to rejoin the 6X6 vehicle for the return journey to civilisation.

Summits achieved, it’s time to leave the desolate beauty of the volcanoes behind. Travel by 6×6 vehicle to Kozyrevsk for an celebratory meal and welcome shower! The long overland journey back to Yelizovo takes place on your penultimate day, with a final team dinner and overnight stay in Yelizovo before parting ways the following day. The expedition officially ends after breakfast on Day 15, with all teammates free to organise onward travel or flights out of PKC at any time on this date, including in the early hours. Later flights will allow a day at your leisure to sight-see and purchase souvenirs in Petropavlovsk before returning to the airport.

Secret Compass expeditions are achievable by anyone with a healthy lifestyle and a good level of general fitness. Team members should be willing to be part of a team working together to achieve the goal of the expedition. The biggest challenge on this expedition will be dealing with the potentially cold or snowy weather conditions, carrying full winter kit and camping for many days.

Teammates who arrive without meeting the agreed minimum fitness requirements can jeopardise themselves and the expedition’s goal so do take training seriously, prepare as appropriate and arrive fit and ready to go.

Applicants will receive a Handbook with further expedition information. Get in touch with any fitness, health, training or kit questions that remain.

Teammates must be comfortable with the following.

On application, potential teammates will receive a detailed Expedition Handbook. Here are some expedition-specific questions and our general FAQ will answer many other questions. Get in touch if your question remains unanswered.

Crampons attach to the bottom of walking boots to facilitate trekking on snow and ice. For this expedition it is imperative that everyone’s boots are crampon compatible, a B1 rating boot is advised. Consult the internet or your local outdoors shop for advice. Secret Compass will provide crampons for all teammates as well as helmets an ice axes, alongside instruction in how to wear/ use them.

Can I bring my own crampons?

Can I arrive a day late?

As The Plan outlines, there is a chain of transport to get teammates out to and back from the expedition staging zone and so start and end dates are not flexible.

Can I charge electricals?

This will be very challenging with limited access to power once the trekking section begins. Please ensure that you are self-sufficient in terms of charging your appliances by bringing things like spare batteries, lightweight solar panels or power packs to avoid frustration and remember to keep weight down.

Do you get my visa for me?

No, although SC will provide you with the Authorisation Letter you need to get your visa, and will also organise your in-country tourist permits. The visa itself is each individual’s responsibility. Teammates will receive advice in good time.

I’m a vegetarian. Can I join?

Teammates with dietary requirements are welcome to apply for this expedition and should state their specific requirements when applying. The food situation is outlined in the Practicalities tab.

Will we see bears?

Previous expedition teams have all seen bears, some at quite close quarters. It is highly likely but we cannot guarantee sightings.

How can I find out more?

Get in touch with SCHQ to receive a copy of the Expedition Handbook with further details on this upcoming expedition and the next steps to joining the team. 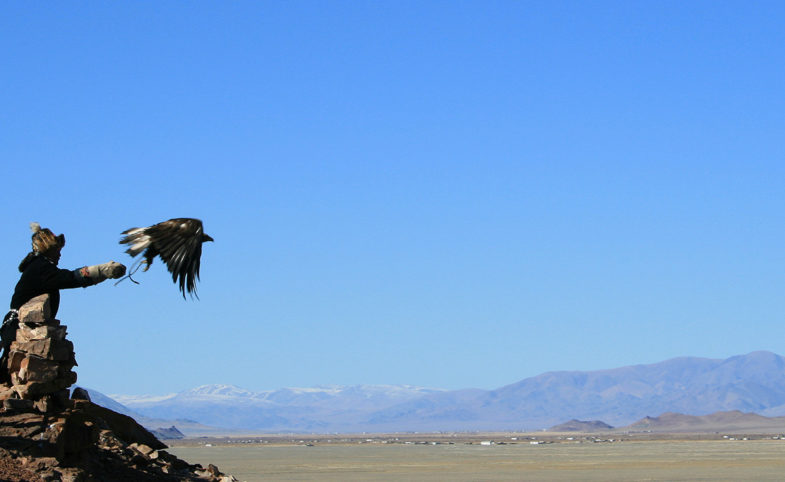 Ride into the Altai 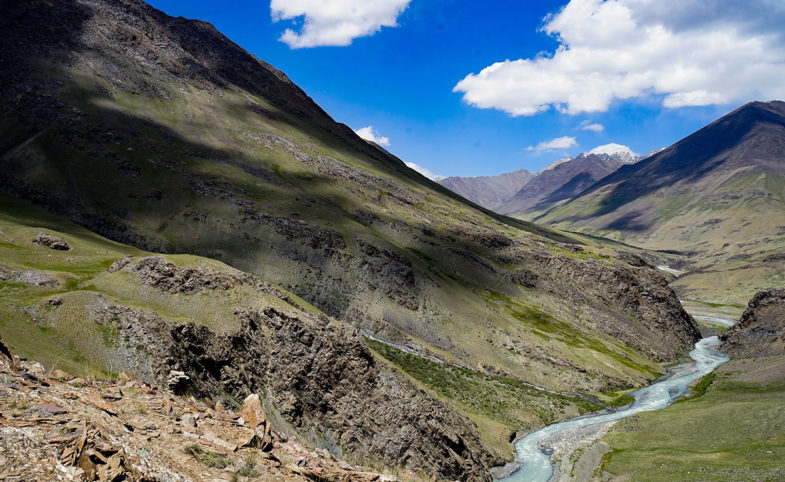 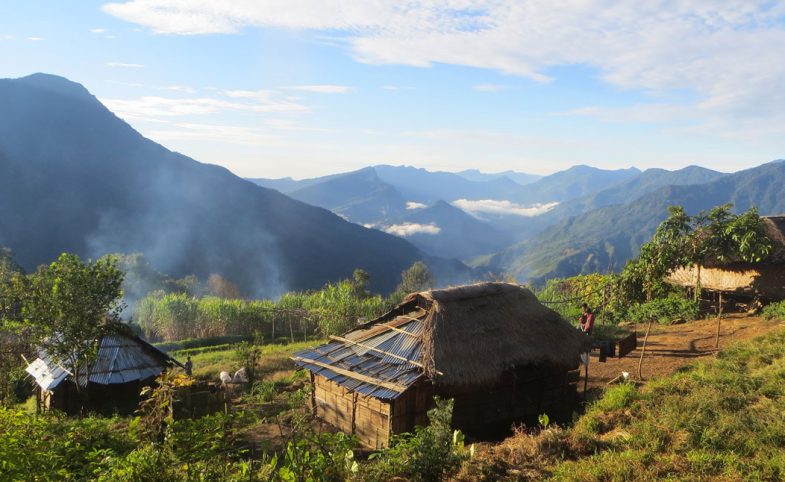