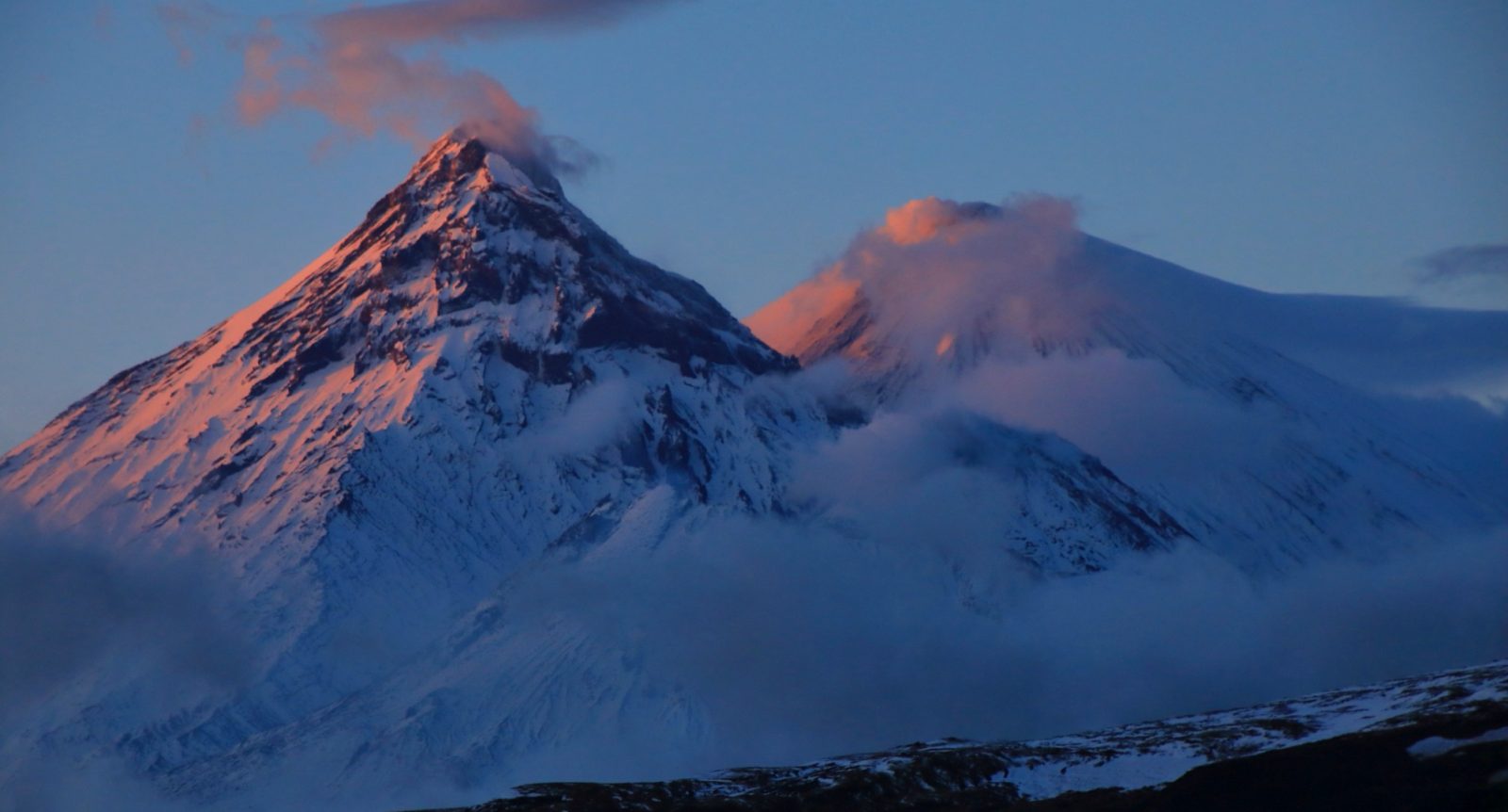 FIRE ICE AND BEARS IN THE RUSSIAN FAR EAST

Dividing the Pacific Ocean to the east and the Sea of Okhotsk to the west, Kamchatka is a 1,250 kilometre long peninsula of absolute isolation. It’s the home of Eurasia’s highest volcanos and a bear population outnumbering its humans. With 29 of those 160 volcanos still active, and weather every bit as volatile as you’d imagine considering its location, the region’s label of Land of Fire and Ice counts for more than just metaphor. A swift reminder of which was served to our 2017 team when when several of the volcanos in question blew just weeks before they were set to touch down.

Needless to say, with 700,000ha of  the World Heritage listed Klyuchevskoy Nature Park at their disposal, the team didn’t struggle to find an equally epic alternative eight day trekking route. Below are some of the highlights as seen through the lens of Kiwi team mate, Cheryl Hindle. 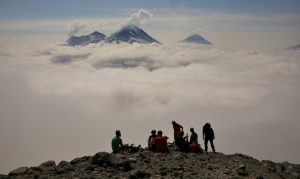 The air above the clouds conserves a special space for expedition appreciation and nothing bonds individuals into a seamless team better than moments like these. A chance to reflect on their achievements so far and admire their volcanic surroundings.

“Our team was quite small, just eight of us altogether but I thought we all got on really well,” explains Cheryl. “It was just like tramping with friends at home, it’s great to meet other like-minded people from around the world and hear their stories and be inspired. Of the six of us, three were from New Zealand, and – as is often the case with Kiwis – we quickly established that we had friends in common.”

Leading the expedition was Phil De-Beger from England and Viktor Zakharin from Kamchatka, two experienced mountaineers with a wealth of regional knowledge between them. 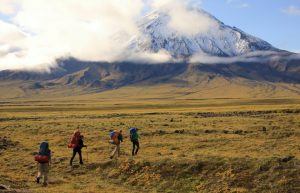 “I had complete trust and respect in their decision making,” explains Cheryl. “They have a lot of experience between them and have been to some pretty amazing places.”

With several  recent regional eruptions – including Bezymianny, a peak initially pinned as a target for summit attempt by the team – it came down to Phil and Viktor’s expertise to pick an alternative route.

“I knew the Arnold Schwarzenegger thighs I was developing would come in handy on the expedition.”

“When the cloud cleared and we could see where we were, we’d see an erupting volcano in the distance and a couple more smoking away behind you and I’m like ‘wow, this is amazing, Kamchatka is beautiful’,” Cheryl remembers. But, exposed to open ocean on three sides and in the path of the major weather systems which circulate the North Pacific, calm weather in Kamchatka is most likely fleeting. 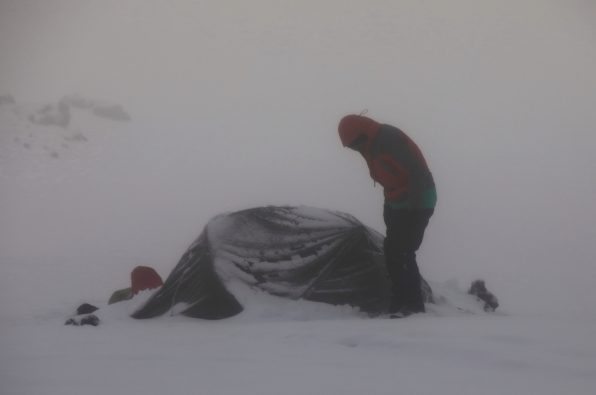 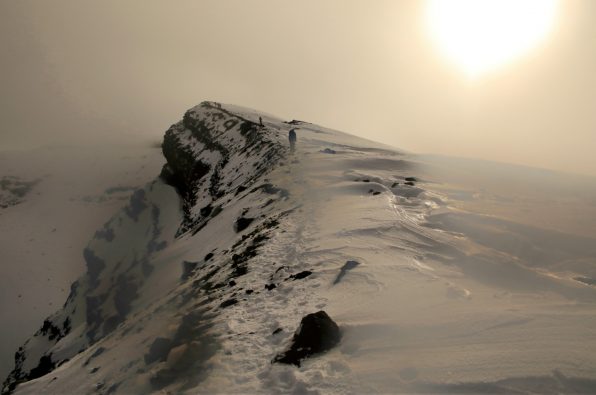 “We had a few snow storms,” says Cheryl. “One of which confined us to our tents for 36 hours with strong winds and little desire to venture outside. I now know how the cat feels when I make her go outside in winter when she really doesn’t want to. It just added another dimension of adventure to the trip and we got to learn new things, like digging the tent out of snow. It did reiterate to me the importance of good gear though. Windproof gear is king in Kamchatka.”

Trekking for days at the mercy of this weather systems certainly isn’t a holiday for everyone and the isolation and absolute zero tourist infrastructure in Kamchatka necessitates a self-supported approach to any expedition in the region. From the outset, our team were loaded with eight days worth of calories to sustain themselves against the frigid climate and the 180km ahead of them.

“The isolation is one of the things that attracted me to it,” tells Cheryl. “We had to look after ourselves and each other as we knew there was limited scope for rescue if anything went wrong. We had good gear, an awful lot of food and really good leaders.” 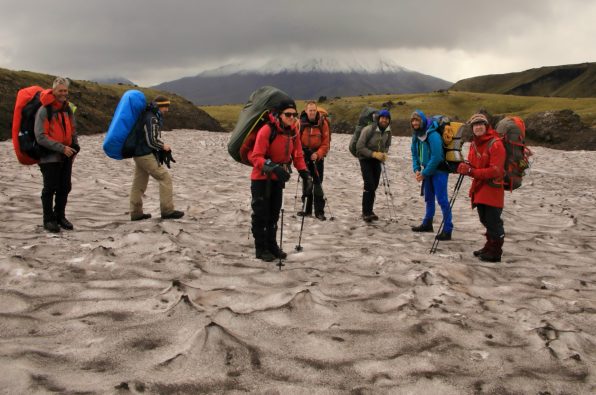 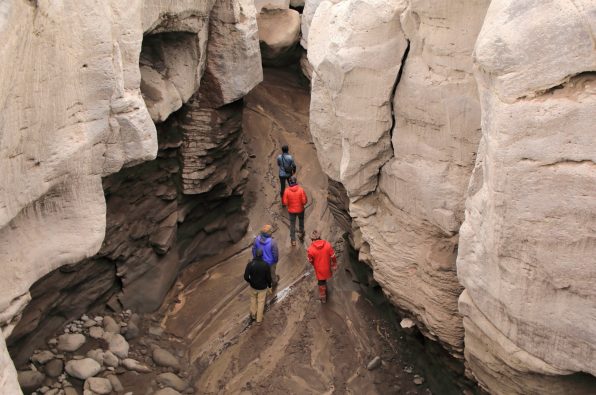 Add together bulky cold weather gear, a distributed share of tents and medical kit and the teams packs soon weighed upwards of a formidable 25kg. Not that the team weren’t prepared.

“We knew we’d have heavy packs and I never heard anyone complaining,” she continues. “I was a bit worried about carrying half my body weight on my back so at the beginning of the year I started carrying my pack on one of my normal weekly hill walks, slowly increasing the weight until it got to 26kg so I knew I could do it. I knew the Arnold Schwarzenegger thighs I was developing would come in handy on the expedition.

“I guess this trip has upped my expectations of what I am capable of and opened up a lot more opportunities for adventure.”

“I’m really glad I did this training as I didn’t want to be slow and let the team down,” she says. “Still, I did find it hard work carrying 25kg day after day but I was often distracted by where I was, looking for bears, checking out all the wildflowers or trying to figure out the lay of the land.”

A lack of human intervention has ensured Kamchatka’s wildlife population has flourished. Alongside wolf, salmon, arctic fox, lynx and wolverine, the peninsula boasts the world’s highest concentration of Brown Bears, so it was only a matter of time before the team ran into some. 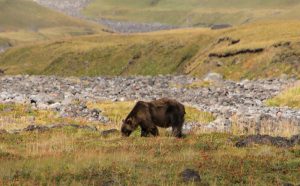 “The first bear we saw took off at a great speed up a hillside away from us. I was surprised how fast they can run, they don’t look like they are built for speed. After that none of the other bears even noticed us apart from a small cub, they were all too busy stuffing their faces with berries. It was quite amazing to be able to get so close to them and just watch them go about their normal everyday life without being concerned for our safety or anything.”

So now, back at home surrounded by the comforts of  spring time at home in New Zealand and its seasonal air of positivity, what’s next for Cheryl?

“Well we did have a few days rest sitting around at airports in Russia waiting for cancelled flights to be rescheduled and that was enough of a rest,” she says. “Once home it was pretty much straight back into mountain biking, running, tramping and I’ve even continued taking my pack up the hill, I don’t want to lose those Arnie thighs just yet, and I am of course planning the next adventure. I guess this trip has upped my expectations of what I am capable of and opened up a lot more opportunities for adventure. I have a long list of places I’d like to visit and if Secret Compass do a Chadar expedition, I’ll be there!  Maybe with extra warm socks this time.” 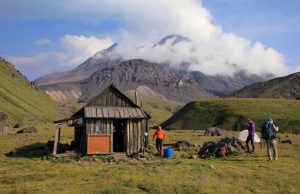 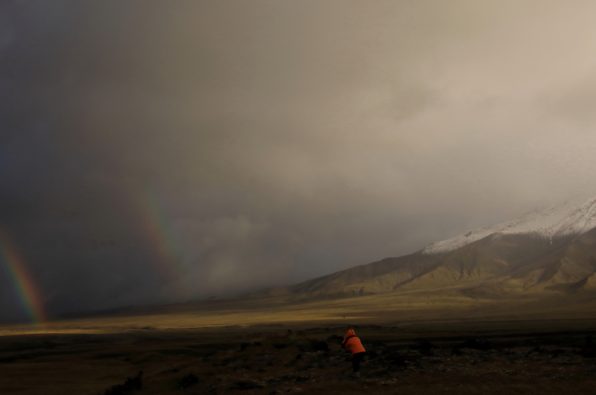 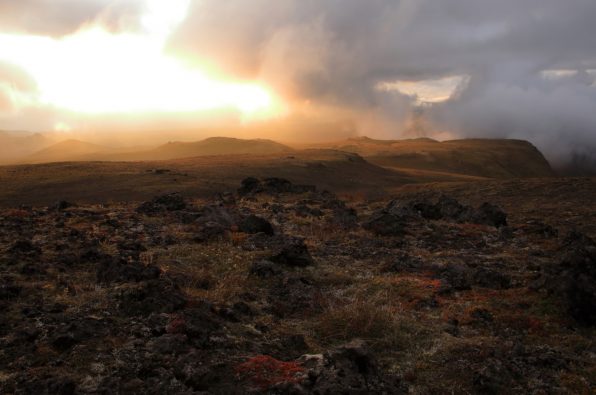 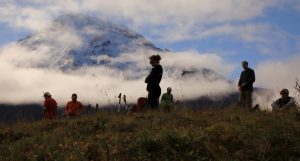 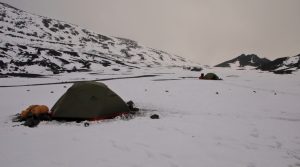 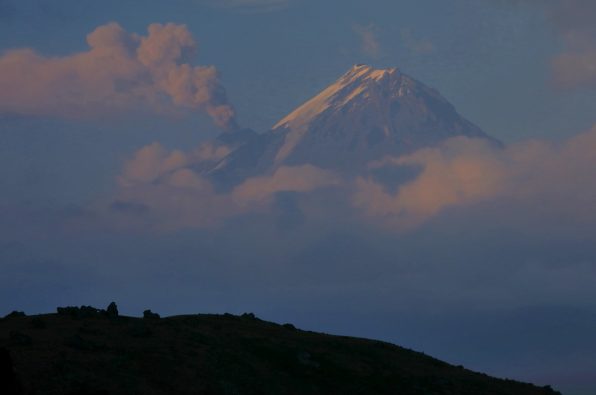 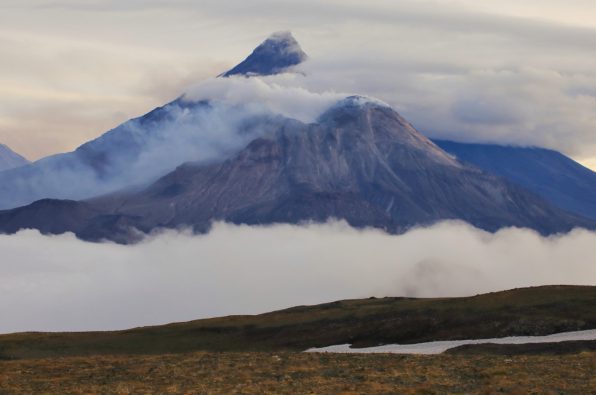 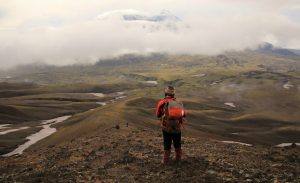