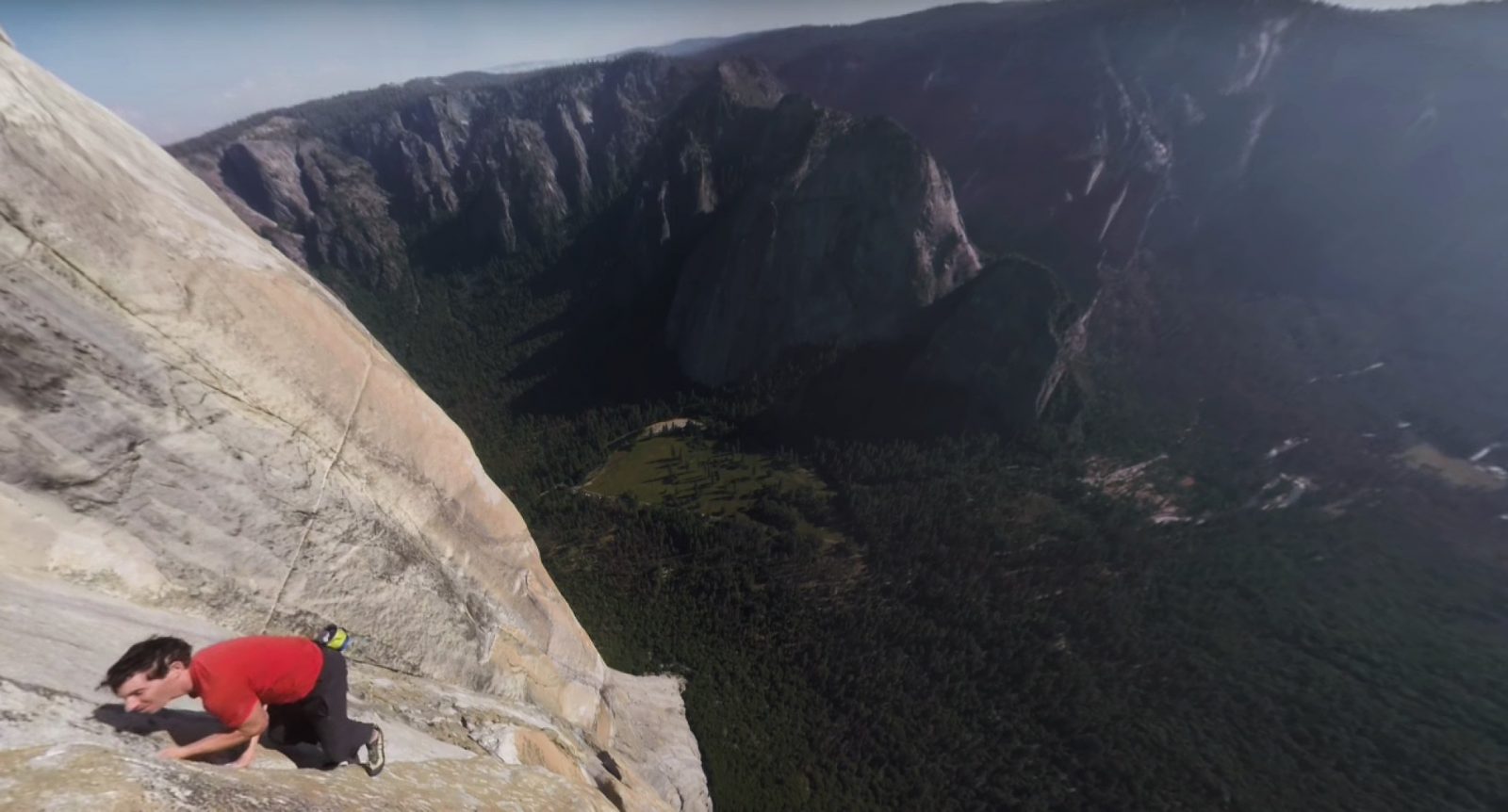 “Free soloing is as close to perfection as rock climbing gets,” says Alex Honnold. “And it does feel pretty good to feel perfect, even for a brief moment.”

For ten years, Alex dreamt of climbing El Capitan without ropes – a wall at least 1000ft taller than any other wall to have been free solo’d anywhere in the world – and in 2017, under no illusion of the potential consequence, he did the ridiculous. To the backdrop of the Yosemite National Park inconceivable far beneath him, he scaled El Capitan with just a chalk bag on his waist. “I’m not trying to overcome my fear,” he says, “just step outside of it.”

With the full movie Free Solo having just been released, this 360 video from National Geographic is as close as we’ll be getting to hanging off El Capitan alongside Alex, also directed and produced by Jimmy Chin and Elizabeth Chai Vasarhelyi.