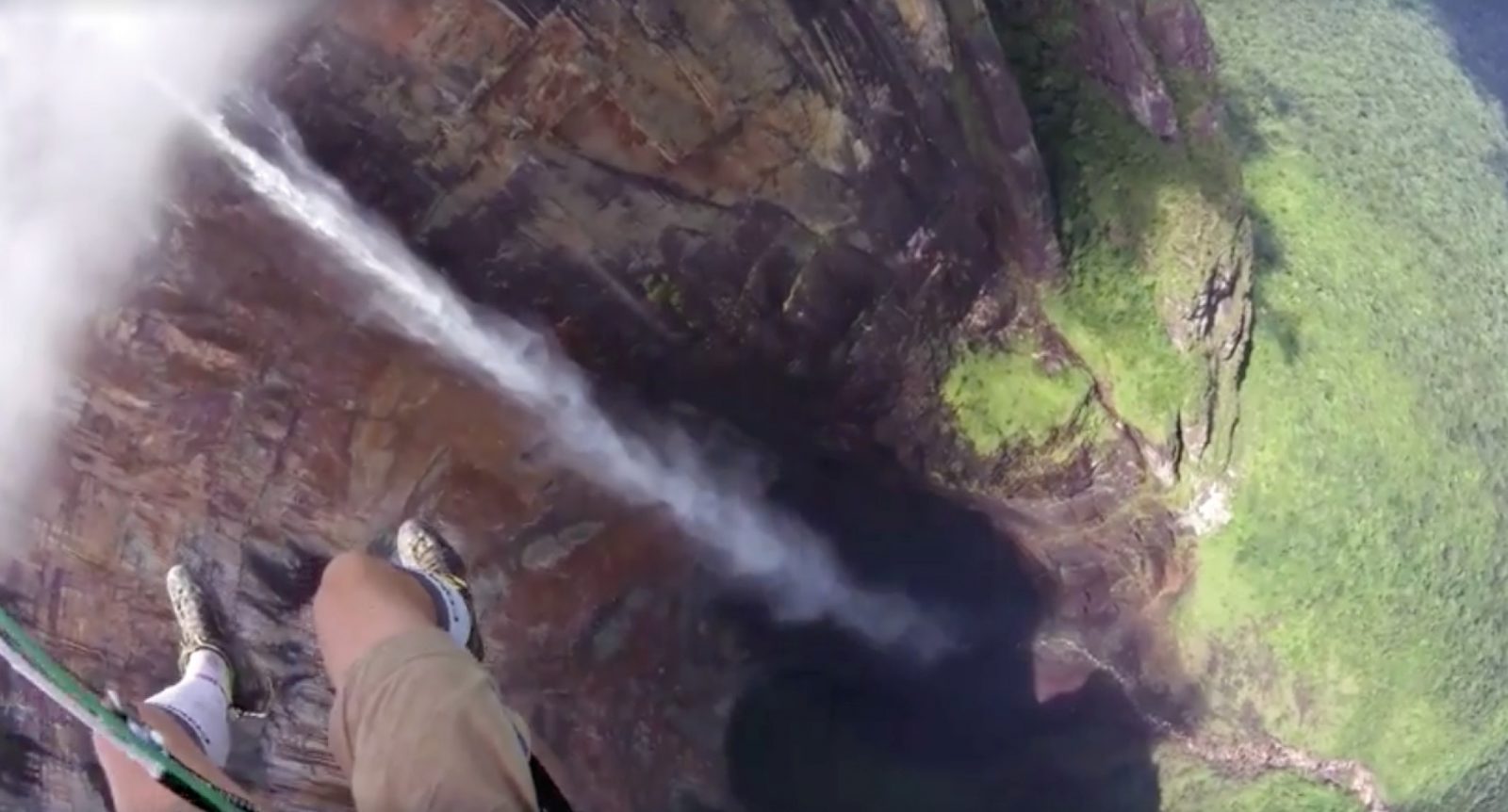 HOW IT FEELS TO FLY OVER ANGEL FALLS

paragliding from the world's tallest waterfall

It may not be new but it is still most certainly great. In 2015 Paul Guschlbauer became the first person to hike and fly from Venezuela’s Angel Falls – the world’s highest uninterrupted waterfall and the location for our 2018 abseiling expedition.

After five full days of hiking to get there, it took just 15 minutes to descend, dropping nearly 1,000m into the Venezuelan treetops from atop a massive plateau in the middle of the jungle. Carrying fully loaded flying gear is no easy feat, the reason why a this was the first hike and fly.  “It was one of the most amazing adventures of my life!” says Paul. Read the full article here.

In February 2018, Secret Compass will be leading an intrepid team down the very same waterfall. How? By abseiling all 979m of it over two days and 23 rope lengths. As with Paul’s expedition, the Secret Compass team will first need to climb to the top of the tepui. Auyán-tepui is the largest table-topped mountain in Venezuela, a sandstone mass that rises above the rainforest below. Over seven days (including a rest-day) the team will make their way up and over the tepui, to the point to start the abseil. The following two days will then be spent descending Angel Falls including camping for a night on a half way ledge.

Full details of the 2018 Venezuela Expedition can be found here.