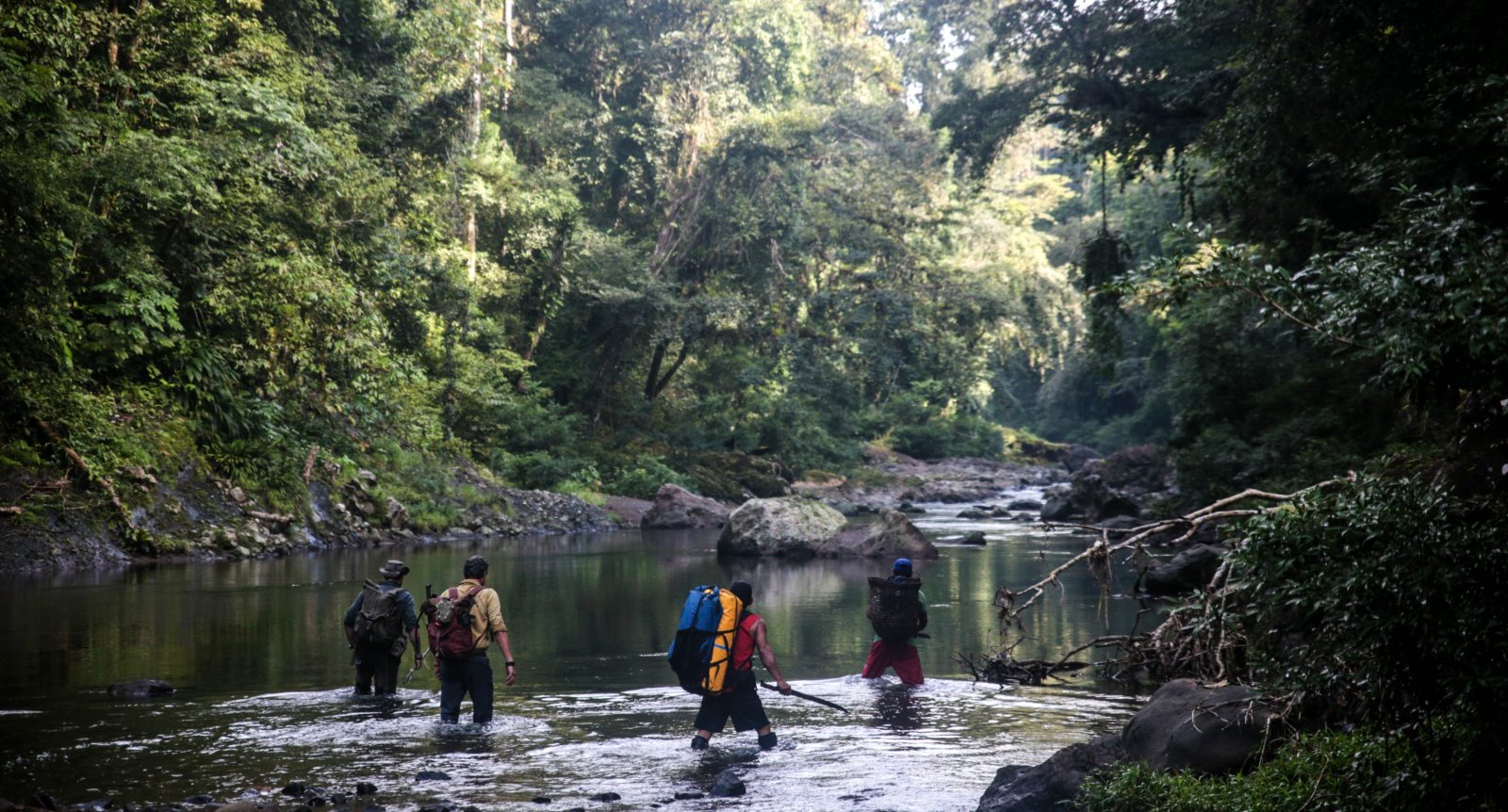 HOW TO QUALIFY AS A JUNGLE GUIDE

Looking to break into the industry as an expedition leader? Well, you’re in the right place.

Leading the course will be Panamanian guide and expert naturalist Rick Morales. A founder of the TransPanama Project, in 2011 Rick became the first person to walk from the Colombian border to Costa Rica, known now as the Panama Trail through-hike. He’s also been running our Darien Gap expedition since day one. Arguably the most knowledgeable and experienced jungle expedition leader in Central America, there’s really no one we’d rather trust with an entire team of potential future expedition leaders. Alongside Rick will be Kiwi Alex Bigwood, a certified jungle guide with 10 years of expedition leadership under his belt. Now based out of Nova Scotia, Alex is a former military Medic with deployments in jungle regions.

So with that in mind, who better to introduce the course than the men themselves? We checked in with Rick, on a rare but well-earned break from the jungle as he leads a team in Nepal, and Alex, having just returned from a three week expedition in the Arctic, for the low-down on what you can expect from this jungle guides course. 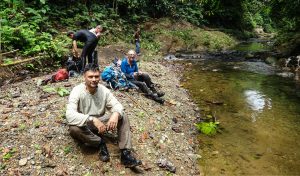 Hey guys, so who is this ideal team member for this course?

Rick: Preferably people with some existing outdoor experience, whether that be in temperate areas, deserts, the tropics, or other world regions. It’s ideal for people who want to pursue a career in the wilderness like becoming a jungle guide, to coach others, or people who just want to hone their wilderness skill-set. For example, people who will be travelling or working for an extended period in a jungle setting or going on an expedition, and feel like they need to hone their skills.

What are the skills you can expect to gain from the course?

Rick: Essentially we’ll be teaching jungle navigation, leadership, survival skills, camping, cooking, hygiene, natural history and interpretation. The course is pretty broad and therefore it’s not designed to specialise in any one particular aspect. Each one of these disciplines requires a dedicated course.

What’s the significance of the Chagres National Park and why is it so suited to this expedition?

Rick: As a whole, Chagres is the backbone of the Panama Canal. More than 60% of the water used down at the canal locks comes from the watershed of the Chagres river. In terms of wildlife, its biodiversity rivals that of other bigger wilderness regions such as the Darien National Park and La Amistad, so the wildlife is essentially similar to what you would find in those other areas. Perhaps one aspect worth noting is that Cerro Bruja (Witch Mountain) is known for its healthy population of vipers and other snakes. The summit of Cerro Bruja is a common area of research for herpetologists.

What should people find challenging about the course?

Rick: Physically, the heat, the humidity, the uneven terrain will be a challenge. Sweating more fluids than you can possible intake can dehydrate you very quickly.

Psychologically, not being familiar with the surroundings (biting/stinging insects, prickly plants, harmful animals) makes your brain try to be alert all the time, which of course is very energy-consuming. After more than a week in that type of humidity early signs of deterioration begin to appear both health-wise and with the equipment. Things begin to break down. This is about the time when trench foot starts to show. Even if it’s not happening to you personally, it starts having a psychological bearing, because after all we’re all a team and anything that happens to one of us is a situation the team has to deal with and find a solution for.

Alex: Students often find the physiological aspect of dealing with surprise emergency scenarios, the physical strain of carrying a stretcher and the anguish of spending a night in a survival scenario and sleeping in a handmade survival shelter tough. For some, having to lead a group and navigating with an instructor intentionally trying to throw them off can be anguishing as well. 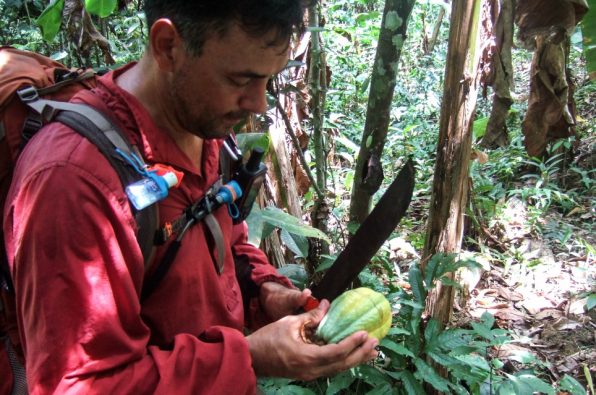 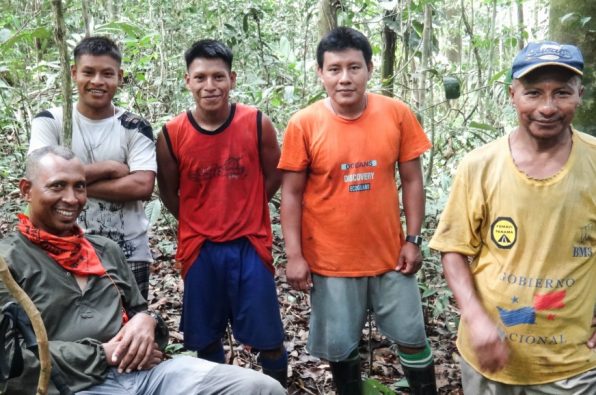 And who else will be joining you guys and the students?

Rick: We’ll be working closely with a team of local porters. These porters are regular practitioners of many of the skills we teach. These are all second-nature skills to them. It’s good for the students to learn this directly from the people that practice it on a daily basis, not just from the instructor.

It’s also important for the students to learn from the minimalist approach of the locals. For instance they never carry a compass or GPS, yet they’re able to navigate in the jungle with no problem. They walk in $12 wellies, not in the fancy boots that we sport, yet they can cover a lot more mileage than any of us can, in the most rugged of terrains. They’re skilled machete hackers, so if we’re ever in a dire situation in which we need to clear our way through the jungle fast, it’s nice to have the pros along. A student that has just learned to use a machete will not be as efficient as the experienced guys who do this every day.

What can candidates who have successfully completed the course expect to go on to do?

Alex: So candidates can go on to guiding professionally and in time do what I am doing and Rick will have achieved very shortly. As you well know the sky is the limit in the outdoor industry, but this is both a great foundation for them to begin with and start doing it right. It’s also a great networking opportunity as on completion of the course they’ll likely stay in touch. At the end of the day it’s a group achievement that they’ll have overcome together. For those not wanting to go professional, it’s a great course for those wanting to go on to tougher trekking than they’re currently comfortable with. Many people don’t wish to, or can’t afford to hire guides but this course definitely pushes them far beyond what they’re comfortable doing, and thus raising their bar.