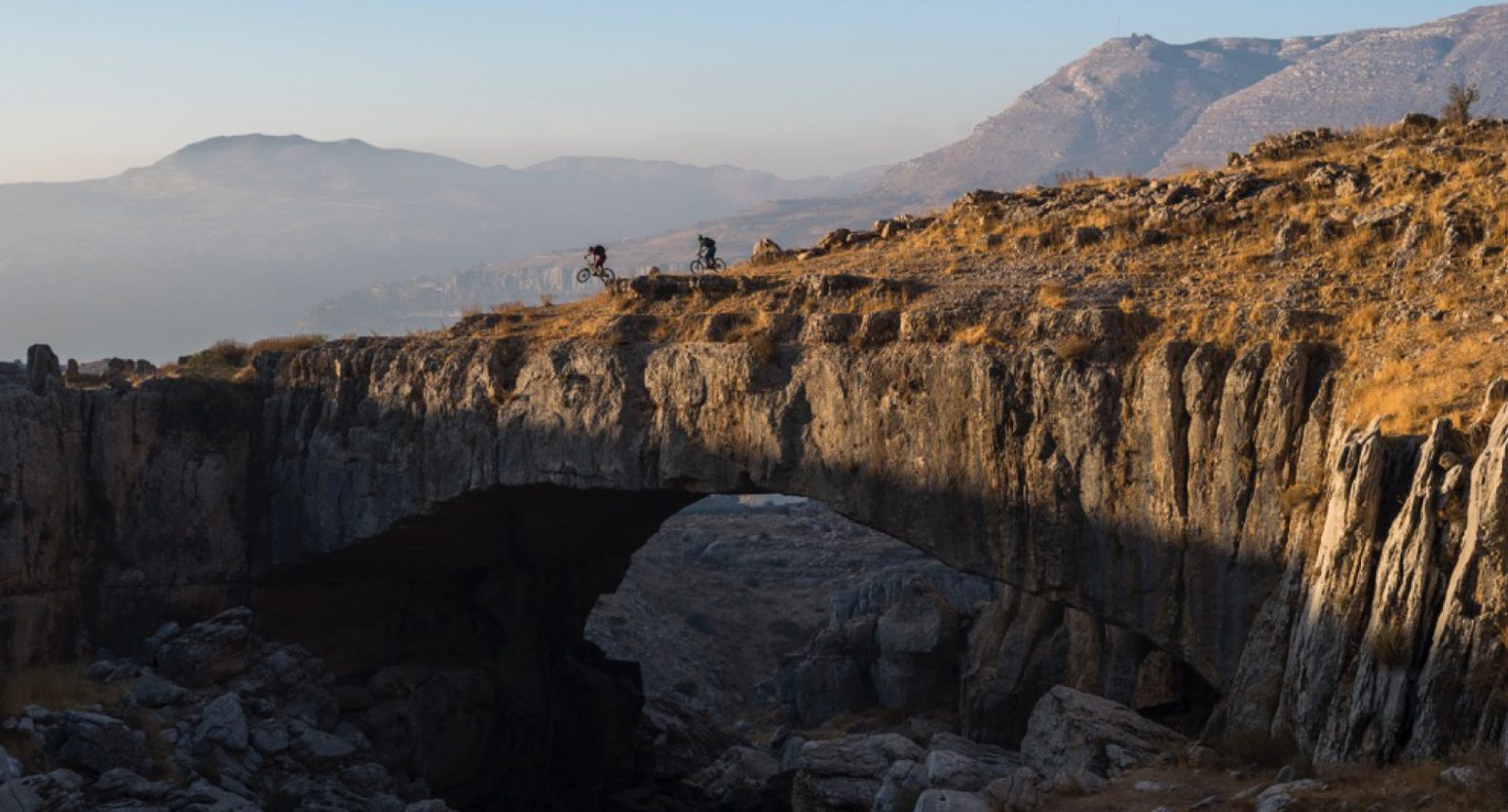 IS THIS THE FUTURE FOR FUNDING ADVENTURE?

Dan Milner has big plans to MTB in North Korea

Storytelling is an integral part of any expedition worth its weight. But with magazine and sponsorship budgets tighter than ever, the figureheads of modern day adventure are getting creative with how they’re funding their exploits.

For years, mountain bike photographer Dan Milner has been scraping together what he can to pull off expeditions to capture imaginations and provoke conversation. He’s a self-confessed ‘sucker for punishment’ making his approach to planning a little more interesting than most but his real interest lies in the people behind the locations. His expeditions are about more than just thrashing singletrack, though they tend to promise plenty of that too. Instead, he uses bikes to break down the cultural barriers so many others get stuck behind, discovering countries on his own terms free from the bias agendas of the international press.

In 2018, he’s pieced together a plan for what he’s billed as “one of the most head-turning stories ever shot in the mountain bike world.” But to make it happen he’s had to divert off-piste from his usual sources of funding. I caught up with Dan to find out what he has planned and why he’s chosen to crowdfund this expedition. 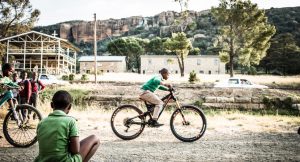 So Dan, firstly what’s the concept for the trip?

A pioneering mountain bike trip to North Korea and to share our experiences with a wider world. It’s as simple as that, at least on paper.

Why North Korea and why now?

No entry signs make me curious. The West has presented this image of North Korea and I know from previous experiences such pictures painted on the outside aren’t always very accurate; so why not grab an opportunity to look inside? Seeing for yourself has long outlined my way of seeing the world and shooting bike stories in those places has become an excuse to experience them. We started planning this trip a year ago; the timing of the recent US and North Korean summit was just chance, but I’m definitely hoping it’s part of a bigger picture. 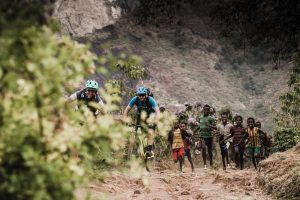 People throw around ‘ambitious’ a lot in terms of expeditions but we’ve learned to listen when you outline an ‘ambitious’ plan. Why are you so excited about this trip?

Ambitious is an easily used word and it is of course relative. I look for stories to shoot that are usually on the fringe of the ‘adventure travel’ radar — that’s why I regularly team up with Secret Compass to help. What people perhaps don’t realise is how much behind the scenes work is needed to make a trip like this happen, and that’s one area that makes such trips ambitious.

“Like other previously unridden destinations, we don’t know how the mountain biking will hold up until we try. That’s what makes this an adventure and not just a weekend at Bike Park Wales.”

I often have ideas of places to go, usually because I’m intrigued to see what that place and its people are really like, but it’s only once I start working out the logistics that the real challenge of my idea sinks in. A recent trip to pioneer a long distance trail in Lebanon took me a year to plan. I think it’s good to be ambitious. It gives you targets to aim for.

We’ve seen some of their ski resorts and we’ve trekked along some of their ridge-lines, but what do you know about MTB possibilities in North Korea?

The ski resorts sound like they’re pretty limited in terms of hiking trails, and as we like mountain biking on singletrack trails, not free riding down scree slopes, they don’t hold much allure. Instead we’re turning towards some fabled old trails that link buddhist temples on the mountaintops of the Mount Myohyang region and then on to the highest peak on the Korean Peninsular, Mount Paekdu. Like other previously unridden destinations, we don’t know how the mountain biking will hold up until we try. That’s what makes this an adventure and not just a weekend at Bike Park Wales.

Your trips have a habit of being pretty rugged and tough going, how’s the route looking?

The unknowns of North Korea bookmark our plan, but even with such massive unknowns ahead, we have worked out three zones that we think hold some potential for mountain biking. Whereas many of the expeditions I’ve shot before have involved long routes across mountains above 4,000 metres, we’re not facing those same challenges with this trip. Instead the huge unknowns of trying to shoot a mountain bike story in such a little known and misunderstood country are our main challenge. It’s as much a story about discovery as reaping singletrack rewards. 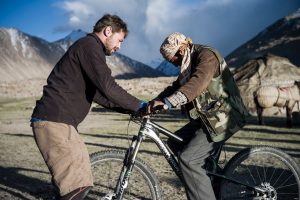 Humanity always plays a major role in your projects, from your point of view, why are bikes such a good way to connect with people and dig a little deeper?

Travelling with a bike is so often the key to unlocking so many doors — the bike breaks down barriers that language and customs so often fail to, usually because the bike is such a universally identifiable thing, albeit usually in terms of transportation rather than as a sport. When you turn up on a bike, men gather to calculate the gearing, and kids want to try out the bike. It creates a buzz that isn’t easily created in other ways and that puts people at ease. Laughter is guaranteed.

“By breaking down the barriers that divide us we can help paint different people as one humanity.”

We hope that riding bikes in North Korea will open metaphorical doors that aren’t open to other tourists, and let us connect with people more authentically. It’s why I’ve called the Crowdfunder ‘Opening Minds in North Korea’.

So on that, where do you think adventure stands in terms of shifting mindsets?

Adventure is all about shifting mindsets, defined by its challenges and what you take away from them personally. I see this kind of trip as being an extension of that, allowing the followers, readers and viewers to participate in that journey. They might live that adventure vicariously but the opportunity to share with them a bigger story is always worth trying and by breaking down the barriers that divide us we can help paint different people as one humanity. 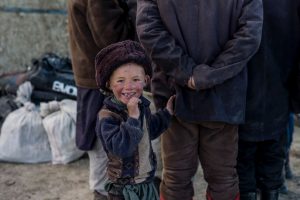 Who are the riders you’re taking along?

On pioneering trips like this there are so many unknowns, so you need athletes that can do two things: ride anything the trail throws at them while looking good for the camera, and have an open mind. It’s easy to find riders that have either one but finding both is a lot harder. Luckily we did for this one, and have German riders Harald Philipp and Max Schumann coming along.

What sponsors have you got on board so far?

Sponsorship has been tough to find. Usually with such an expensive trip we’d pull in sponsorship from big bike brands. But politics being what it is, they are quite risk averse when it comes to any negative connotations and potential marketing fallout of being linked to a trip to North Korea, and the dust has still to settle on the recent summit. It’s ironic seeing as the trip is scaled Opening Minds. But we do have a couple of sponsors, including EVOC and Magura Germany. I launched the crowdfunder to try to cover the shortfall as I think the story is worth telling. 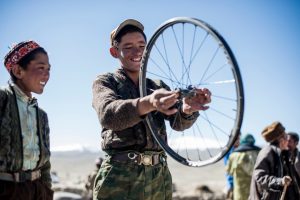 So, tell us a bit about the Crowdfunder, have you funded trips this way before?

Unfortunately magazine budgets in the niche mountain bike press will hardly stretch to covering the costs of the trip, let alone making an income from it. Magazines outside the US don’t habitually pay for travel costs — that’s just the industry norm — so we’re facing some hefty costs to bring this story to the public. The Crowdfunding thing is new to me. Once we realised the sponsors weren’t going to step up and cover the trip, I thought it might be a good way to help.  It’s a learning curve, that’s for sure and only time will tell if it works or not.

What do people get in return for their investment?

They get to read one of the most head-turning stories ever shot in the mountain bike world! But if you want more, we’ll send you a postcard from North Korea, something that is a rare collectable. Then there are limited, signed, fine art prints of the most eye-catching scenes I shoot during the trip. 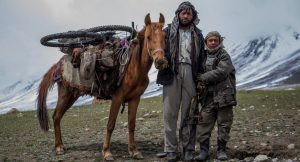 Do you think this is the future in terms of funding adventure?

Every major expedition needs sponsorship, even Shackleton’s quest for the South Pole. The difference with Crowdfunding is that we’re putting the onus back on everyday people rather than commercial enterprises who often have ulterior or market-driven motives in sponsoring. I guess it comes down to how much people want to see your trip happen, how much they can engage with its narrative and the goals you set out to achieve. If they do, then they’ll see it’s worth and support it. So much comes down to how well you portray and explain those mission aims, but at the same time so much relies on getting people to even click through the link.

To find out more about Dan’s expedition and for information on how to donate, click here.