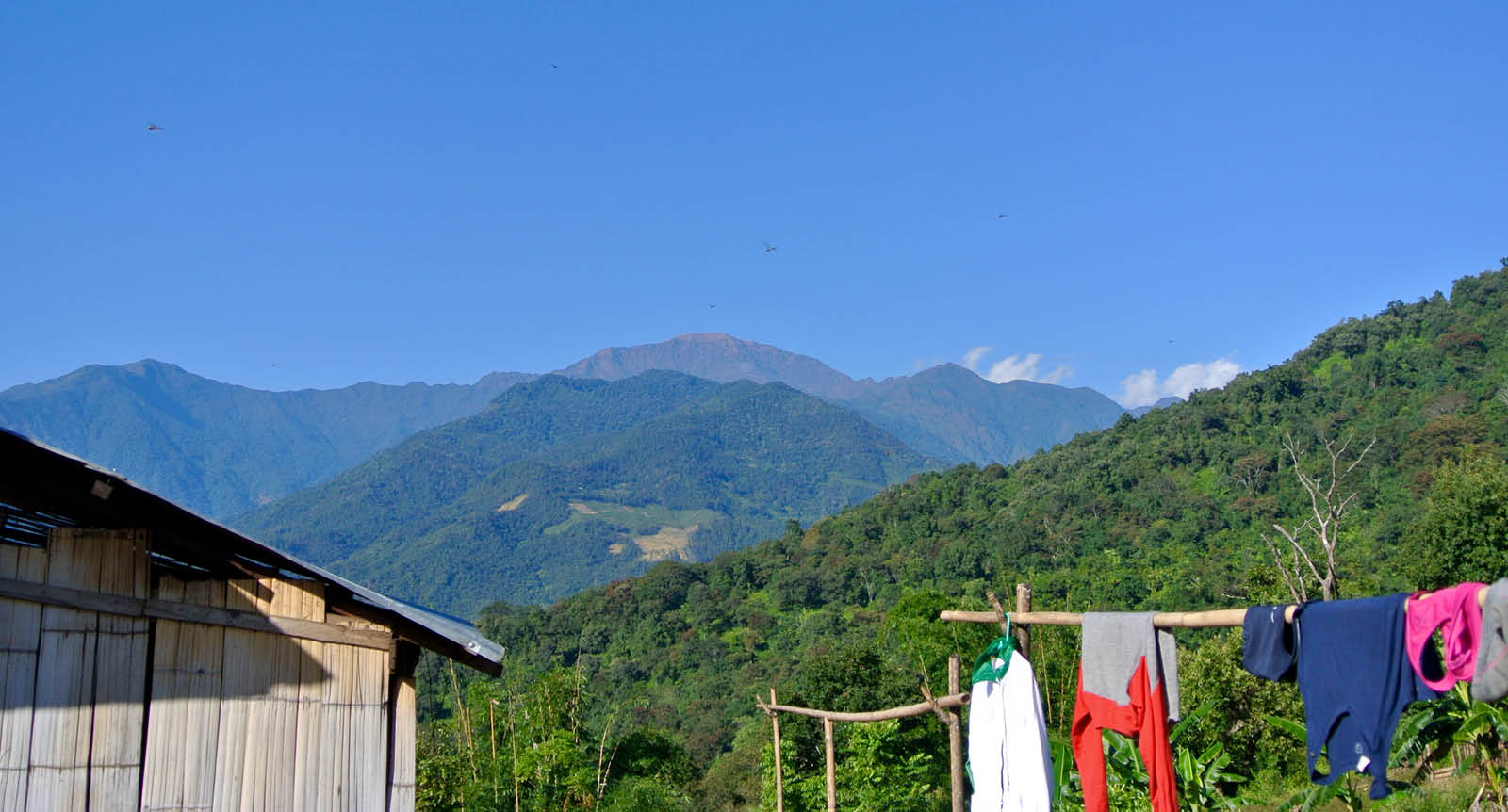 THE BURMA BEYOND BAGAN

Rapidly opening up to tourists, many parts of Burma remain largely unexplored. In 2015 a Secret Compass expedition team headed into remote Nagaland to discover the Burma beyond its most famous sites. Their goal was Mount Saramati, a 3,826 m peak on the border with India. Team member Imogen looks back over the journey through 10 photos. 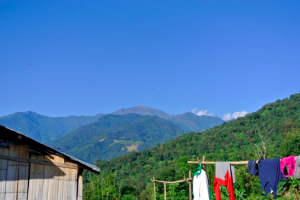 Mount Saramati was almost always dominated our view as we trekked towards it. If the sight of the mountain up ahead was our motivation, ankles were our downfall. There were many trips, falls and twists, the worst of which came three days’ walk (on good ankles) from a road, and led to the tough decision to abandon our summit attempt and to return to the last village. 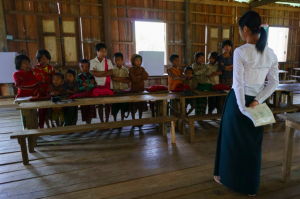 The decision to turn back earned the team more time Naga villages. In Latt Te we were invited to a church service, read from a one-of-a-kind bible written in the unique language of the village, while in Yawpami visited the school and took part in a traditional Naga dance, the first Western visitors ever to have done so. While the languages may differ, what remained the same at every village was the warm welcome with handshakes and shy smiles. Not long after our arrival groups of children would arrive at the school where we were sleeping to bring gifts of pumpkins, rice and chicken for our dinner. 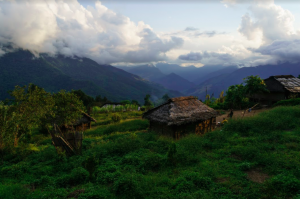 The villages of Nagaland, some made up of as few as six houses, are within shouting distance of each other. We would often start the day with the next village in sight, a yellow patch of rice paddies in the forest across the valley, and each evening we were greeted in a new language by the village elder having trekked down to the river, through thick jungle on steep paths often slick with mud and decaying leaves, and up the other side. 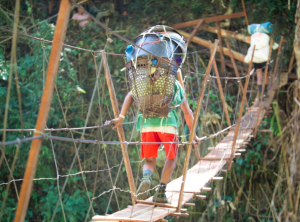 The treacherous paths were no match for our local porters, and the fact that they travelled them everyday was of little comfort as they overtook us – singing, smoking and carrying twice the weight we carried! I never failed to be impressed by their speed, agility and endurance. As with many expeditions, ours wouldn’t have been possible without the skills and knowledge of the local people and ours were some of the friendliest and hard working I’ve had the good fortune to trek with. 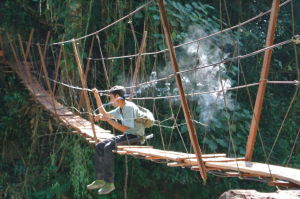 At the head of our group at all times was ‘Mr Hunter’ a local Naga from a near by village of whom we were all in awe. With his expert knowledge of the area, he cleared paths with a quick sweep of his machete, and carried bags (three at a time) over rivers and up ladders. He taught us how to make traps and recognise bear, deer and wild boar tracks, pointed out medicinal plants and told us stories of his life as a hunter, his large family and proud traditions. 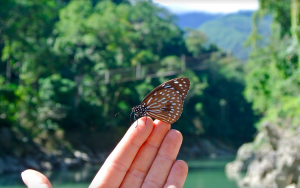 A welcome break to four hours’ trekking through the steaming jungle came both in the peanut sweets dished out on a regular basis and the pure blue river found at the end of each descent. As we approached the sound of the river would grow gradually louder, urging us (eager to drink, wash and swim) to walk faster. We were always welcomed by clouds of butterflies, which would settle on our salty skin in the few moments before we stripped off and waded into the refreshing water. 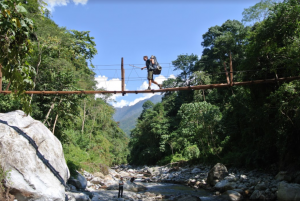 With rivers come bridges, and we experienced several ranging from those supported by steel cables to ingenious, home made bamboo ladders over gorges and streams. Occasionally and much to our gratitude, we would round a corner to find Mr Hunter finishing repairs to a bridge, machete in hand and knee deep in the water. 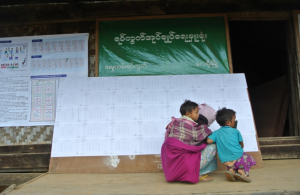 It was a privilege to be in Burma at such an important time in its political history. Ironically, our remote location meant we heard the result of the eagerly anticipated elections well after the rest of the world, but the significance of and excitement surrounding the election was felt throughout the expedition as we radioed from village to village each night for the long awaited news. 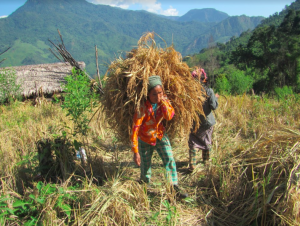 Rice fields, rice wine and rice for breakfast lunch and dinner. The food on the expedition was fantastic – pumpkin curry, barbecued pork, green beans with peanuts all sourced from local villages, cooked on an open fire and dished out in abundance, but if you don’t like rice, you’ll be going hungry. 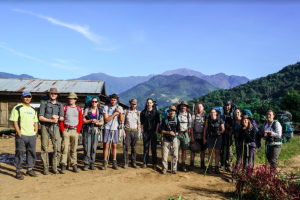 Despite the setbacks we visited places totally unused to Westerners and experienced Naga culture as few ever have and the ultimate feeling of success of the expedition was down to the determination, support and dynamics of the whole team and to Sai, our in-country guide. Proud of and passionate about his country, he answered our endless questions and worked round the clock to keep us fed, warm and walking.