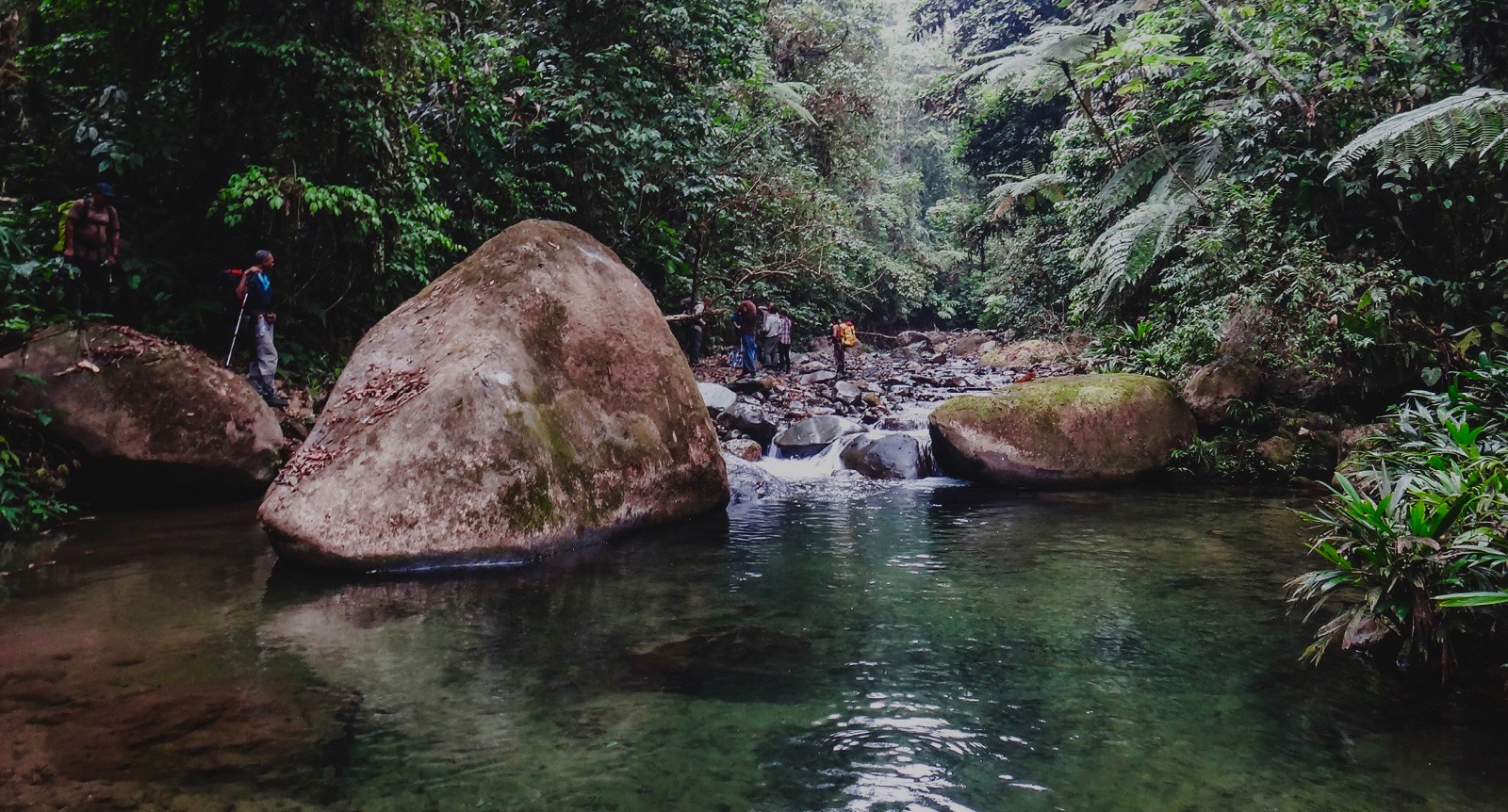 life on expedition in Panama

Kellie Sommerville traversed Panama’s notorious Darien Gap and has also explored Afghanistan with Secret Compass, alongside her other incredible travels. Before launching into her experience on the Darien Gap expedition, here’s what Kellie had to say about Secret Compass…

“ There is definitely a reason Secret Compass runs expeditions not tours. You couldn’t feel further from being a tourist, their expeditions are such genuine experiences. The guides were absolutely 110% amazing – I can’t praise them enough. Thank you for the most incredible adventures.” 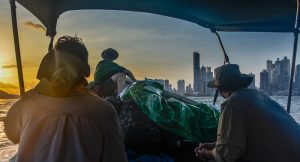 So our trip kicked off with a bang, being upgraded to first class for two of our three flights! Champagne on arrival, fluffy duvets and pillows and, most importantly, PLENTY of legroom. Anyway, enough bragging, we landed in Panama City safely after many raised eyebrows throughout customs over our desire to visit the Darien Gap. We were surprised to find that the city is really civilised compared to what we had expected from a Central American country, plenty of skyscrapers, very low population density and no visible poverty.

We were so tired but ended up heading to a nightclub with two Americans and three Argentinians at an old factory with no roof, in the old district of Panama City. We returned here the next day to see it in the daylight. If you ever get a chance to go to Panama we would recommend going there, it has beautiful old streets and an amazing juxtaposition of newly refurbished terraces and run down, derelict places, littered with brightly coloured market stalls. Don’t get sucked in by the prices at the market, they are usually going for double what you should pay and bartering is acceptable. The fish markets are such a local delight, authentic Panamanian people who could not be more inquisitive, yet hospitable of us passing ‘gringos’.

In the evening we met up with the people who would form our hiking team over the next 14 days. A young Spaniard, a Pommy grandmother and a Kiwi gent, an interesting mix of inhabitants! After an early, quiet night we were up at 6am for a training day in the jungle. Our practise run was along the Camino De Cruzes, approximately an 8km round trip. 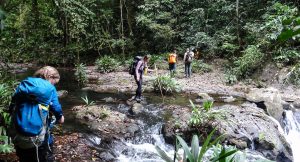 The Camino de Cruzes was an important track in the Americas’ history, used to connect the Atlantic and the Pacific Ocean. It was used for a range of reasons from the 1500s to mid 1850, when the railroad was built. The original cobblestone which was laid in the 1500s is still visible under the leaf cover on the ground. The track was well defined compared to the jungle we will be facing for the next nine days. However the temperature was very similar to what will be coming.

High temperatures and high humidity leave you with constantly wet clothes, also known as being ‘jungle dry’. This is when your clothes and body are still damp but are as dry as you will get them so long as you are in the jungle. Despite the heavy leaf cover concealing the protruding rocks, roots and other ankle breaking obstacles, the path was considerably less complex in comparison to what was in store for us. Rick (our leader) hardly needed to use his machete (to cut a path), which will be getting an unbelievable workout in the untouched Darien. Our favourite part of the path today was wading through 8ft Vietnamese grass, it felt like a scene from the film ‘Anaconda’.

At the 4km mark we each put up tarps and hammocks (which we will sleep in in the Darien). Both are specifically designed for jungle use. First you must find two trees the correct distance apart, determined by standing between them and holding out your walking poles or sticks. The tarp goes up first, placed as high up the tree as possible. There is then guide ropes on each of the four corners which are tied to surrounding shrub or roots to create a pitch in the tarp. The hammock is then strung up in a similar fashion under the tarp, with only two guide ropes on each side rather than four. The hammocks have a nylon underside with a mosquito netting on the top which all zips up completely to create a mosquito proof cocoon.

In all, our training day was successful, we completed it feeling confident and a little like Bear Grylls. We will be spending the next 11 days in the jungle (two days in transit and nine days hiking), we will update when we return to civilisation. Wish us luck, hopefully we don’t encounter any Colombian druglords!

‘What the hell is the Darien Gap?’

We hear you say! Well, in a nutshell it’s an 80km break (consisting of jungle and swampland) in the 48,000km Pan American Highway, the world’s longest motorable highway which adjoins North and South America. It’s a renowned thoroughfare for narco guerrillas and Smartraveller Australia rates it as a Do Not Travel zone. Adventure author, Hilary Bradt once described it as a ‘swampy wasteland crawling with venomous creatures, ready at a moments notice to suck unsuspecting explorers into its oozing depths’. Now that we’ve painted that glorious picture of some alien planet located on the Colombian shoulder of Panama, we’d like to respectfully ignore the Do Not Travel advice – and here are some reasons why. 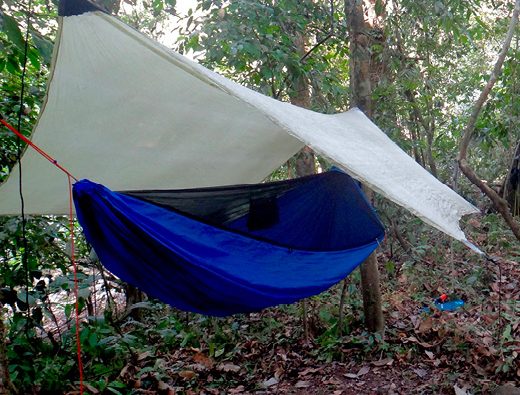 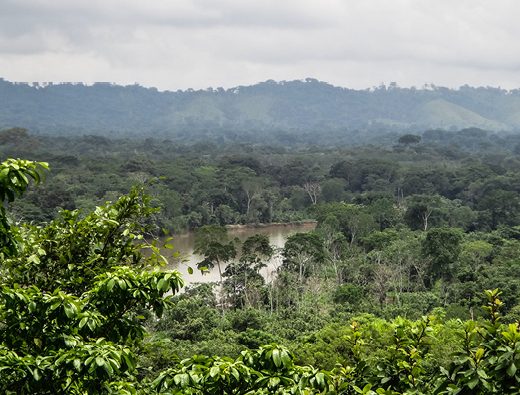 There’s something pretty cool about rocking into a village that isn’t accessible by roads, you have two choices: carry yourself with your own legs or follow the water, preferably in a floating vessel that someone probably had to get out and push when it got stuck on the bottom. Furthermore, power comes from a generator or a solar panel and you have to ask around to find it, forget about wifi for 12 days and showers, well let’s just say you are lucky if you get a 5″ high tap, otherwise you’re chucking your towel over your shoulder, grabbing your soap and heading to the river.

Diverse: tick. Foreign: tick. Hot: tick. Humid: big tick. Unreal: massive tick. We saw an iguana taking a dip, the very rare green macaw hanging out in the canopy, a brown vine snake pretending to be an, er vine, Jesus Christ lizards running upright on the water, beautiful blue kingfishers swooping the streams, bright (and we mean bright) blue butterflies floating among branches, poisonous dart frogs leaping between rocks, toucans on the move and monkeys launching themselves through the trees. We listened while the bark of howler monkeys engulfed us. Awesome stuff but let’s not forget the flora and the landscape, wow. The culmination of gorgeous jungle pools that you thought only existed in Hollywood and the dainty floor-covering of ferns contrasted with the ancient gaints soaring well above our heads with a concoction of vines and other jungle creations in between was absolutely magnificent. Seriously, hats off to the creator.

Rick was our guide and a damn good guide he is, he knows his shit. A) He is the knowledge when it comes to the fauna of the Darien and he’s got an eagle eye to match, he can spot a minute mammal from a mile away, all while we’re focusing on not tripping over the next rock. Actually we can most definitely extend that statement to: he has plethoric knowledge about South and Central America on the whole, we learnt A LOT! B) He’s a really good cook, he catered to the vegans and get this: it tasted good AND there was plenty of variety. Who’d have thought?! C) He does outdoors well, he’s got all the gear, the intelligence and the passion to truly enjoy and appreciate an adventure. D) He’s a nice guy too, he has this awesome laid back charisma that means he establishes really good relationships with the people he leads and the people he works with. If we can give one bit of advice, do not go into the Panamanian jungle without this guy on your team. 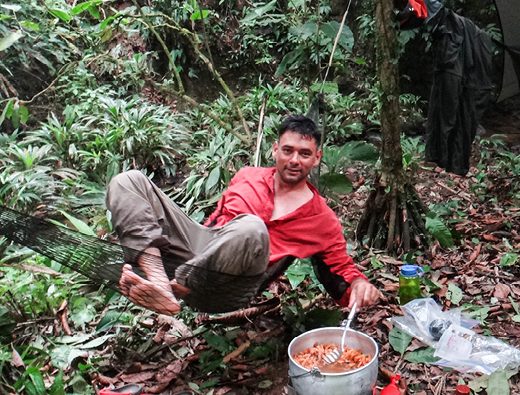 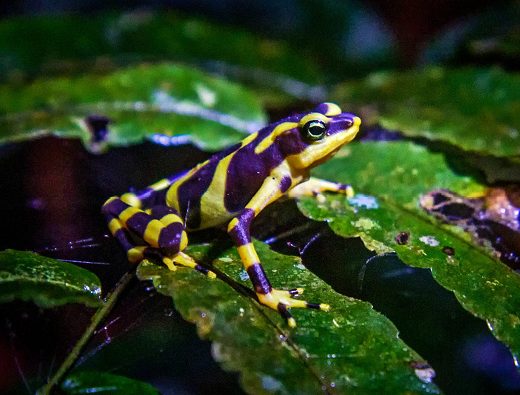 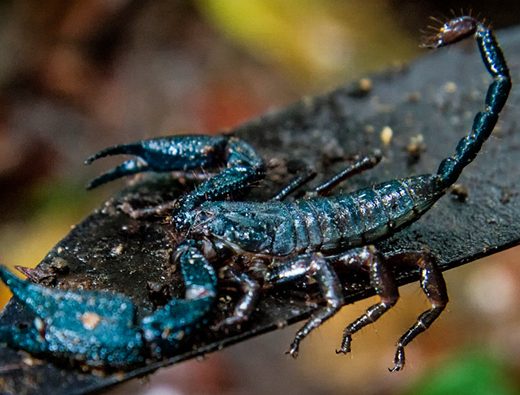 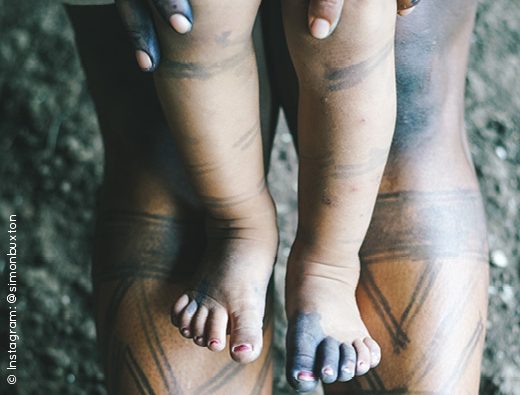 The village people are beautiful souls, they all speak Spanish or some variation of, so given we don’t speak Spanish, we learnt about them based on their actions, lifestyle and downright curiosity. Firstly the children, the mere sight of themselves on the camera screen playback would send them into fits of laughter and a single soccer ball could keep them happy for hours. It goes without saying that with tourists comes economy but these people went above and beyond. They would spend the whole day cooking our meals, clear our plates, put (real) beds in a hut for us, fetch us beer and young coconuts, they were incredibly hospitable and nothing ever came without a smile or a friendly vibe.

Our porters were locals too so we were lucky enough to spend a lot of time with them, one particular porter sat and watched Emma curiously as she meticulously taped her feet each morning and after the show, would slip barefoot into his gumboots and make his way through the jungle with his machete, totally dumbfounded. Nothing was ever too much for our porters, they would carry much more weight in their packs, wear Crocs, gumboots or thongs and still manage to effortlessly dance across slippery rocks to lend us a hand at the first sign of trouble. At the end of each leg, when we wanted to fall in a heap, there was always a panel of hammock experts ready to help put up our beds. At the end of the day, the villagers are big-hearted, hospitable and happy people who aren’t possessed by their possessions. It seems a pretty good way to be.

Petroglyphs, a 7km hike from Wima After all of the rad things that you see and experience on the trip you could go home happy, but here’s the thing: about 7km hike through the jungle from the village of Wina there are petroglyphs! 5,000 year old rock carvings that have hardly been seen by the outside world and at the bottom there is a convenient little pool for you to take a dip (no need to remove your shoes or clothes because you’re so damn sweaty you don’t even know the difference). We could ramble for pages, but hopefully this gives you a better perspective of the Darien Gap, it was an absolutely fantastic adventure and we loved every minute of it. And remember. Don’t be fooled by the surface stigma surrounding countries or particular areas. If it excites a curiosity in you- Go, see for yourself! Live it, explore it and learn. 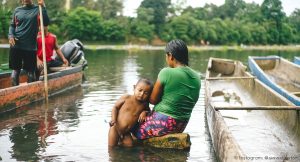 To apply for our Mysteries of the Darien expedition, please follow the buttons below or send us an application form today.