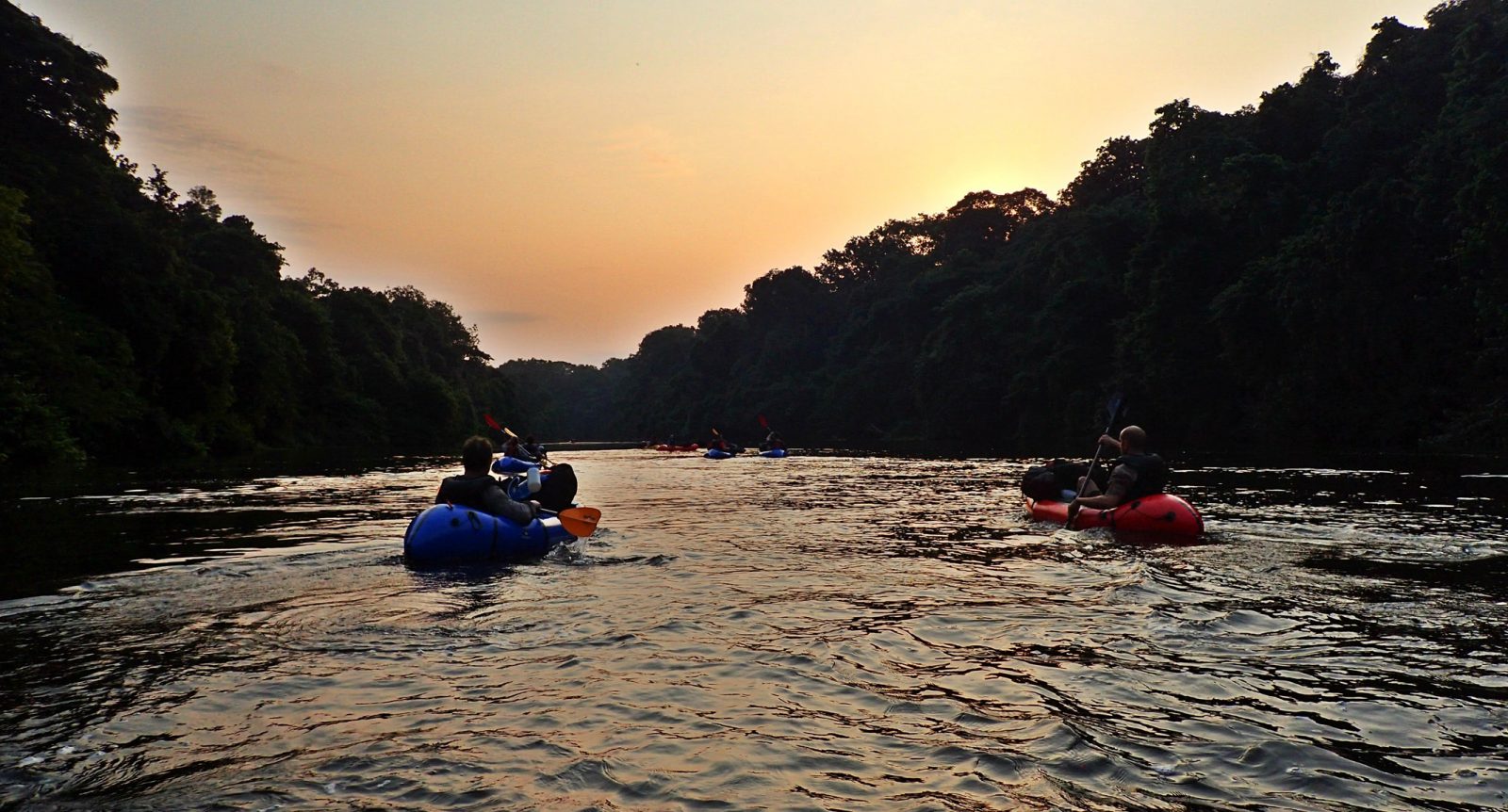 This article is a condensed version of a Secret Compass story published with Travel Africa Magazine. Read the full version here.

Bucket-lists, top 10 blah blah blahs, and a never-ending stream of ‘adventure’ selfies. The Internet can be very good at telling us where to go, what to do and how to feel. Frankly, it all feels a little too predictable. But look a little closer and there’s plenty of opportunity to trail-blaze.

In 2016, David Marsh from London, was part of the first ever team to descend Djidji River within Gabon’s Ivindo National Park with Secret Compass. Over three weeks, the self-supported team navigated untamed jungle by foot and the unchartered waters by packraft. No recce, no real on-ground knowledge of the challenges likely to be faced. Each corner is blind, and each step with trepidation. But therein lies the fun and opportunity for genuine discovery. 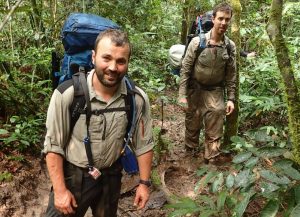 “The first few days trekking towards the Djidji were supposed to be pretty straight-forward,” explains expedition teammate David Marsh from London. “We soon realised though, the route wasn’t going to be so simple. The trail disappeared as soon as it began and we were soon hacking through dense jungle on a compass bearing.”

But eventually, the team found their river and could commence their descent of the Djidji. “Initially, the going was pretty smooth and we made good progress,” continues David. “Until we hit the rapids. There were no records or grades, so we had to carefully survey each of them. We’d each stack up; grabbing any vegetation we could to keep us steady and checked the best route before descending one by one. Even with our heavy packs attached to the rafts they were still manoeuvrable and stable enough to go down some pretty gnarly sections.” 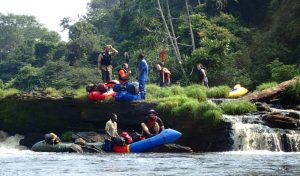 Within the first morning on the river, the team had already spotted giant and chocolate-backed kingfishers, slender-snouted crocodiles and African fish eagles but no one was prepared for what was ahead.

“At the back of the group, enjoying a calm patch of water, I saw the others slowing down, pointing to the riverbank. The way everyone was beckoning and motioning to keep quiet, I knew it was something pretty cool. Paddling as fast as I could without making too much noise, I caught up,” David recalls. “Coming around the corner I saw an elephant’s head poking out from the forest. This was a real-life wild forest elephant! We weren’t in a zoo or on safari. We were just travelling through the huge beast’s home and just so happened to be in the perfect spot at the perfect time.”

“In awe, we floated as the elephant snorted and postured, close enough to get a real sense of its weight and power. It’s amazing that an animal so big and heavy could live in a forest so dense and impenetrable. I have no idea how long we floated there, but after a while, through the tiniest clearing back into the wall of green, the elephant disappeared. Finally, we exhaled, but couldn’t wipe the grins from our faces. I feel so lucky to have been there in that moment. How many other people have had an experience like that? How many people will have the opportunity to have an experience like that in the future?”

By now though, their two contingency days were toast and the team’s scheduled pick-up was beckoning — their only shot at extraction. Eventually the rapids calmed and with a huge sigh of relief they glided towards the rendezvous with just an hour to spare.

“We soon forgot the dramas of the past two weeks, dreaming of a change of clothes and anything other than beef jerky and food spooned from an orange packet,” laughs David. “I still feel the sense of relief and pride we experienced hitting the first signs of civilisation again, knowing we’d completed such an unbelievable journey. This trip will stick with me forever, full of once-in-a-lifetime experiences and stories I’ll never get bored of telling.”

In 2019 we’re headed back to the Ivindo National Park, this time to explore and descend the Mouniandje river. Click here for more details. 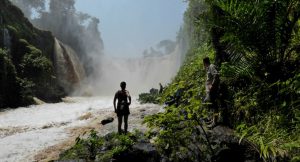 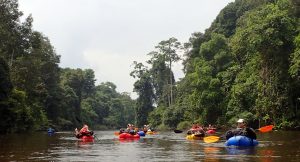 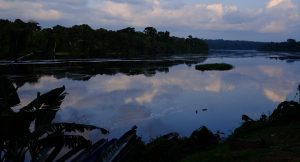