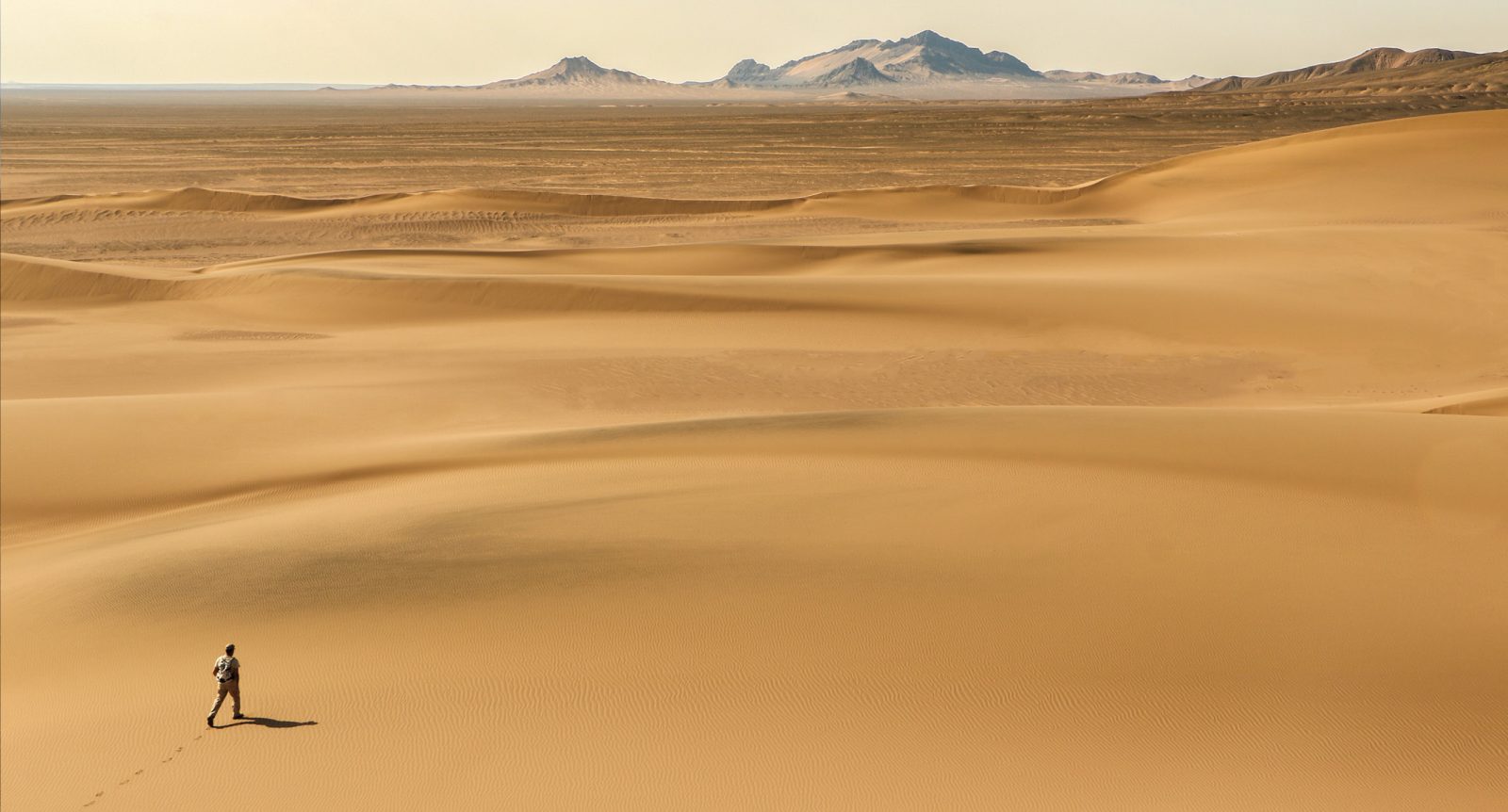 POSTCARD HIGHLIGHTS FROM A YEAR OF EXPEDITIONS

It seems like just last week that we were putting together the highlights from 2017, but here we are. Another year has flown by. Twelve months of expeditions and adventures across the world. We’ve claimed first ascents, trained a full team of future jungle leaders and abseiled the world’s highest waterfall.

Here are some of our favourite moments, shot by our teammates, from another excellent year at Secret Compass. Here’s to an epic 2019! 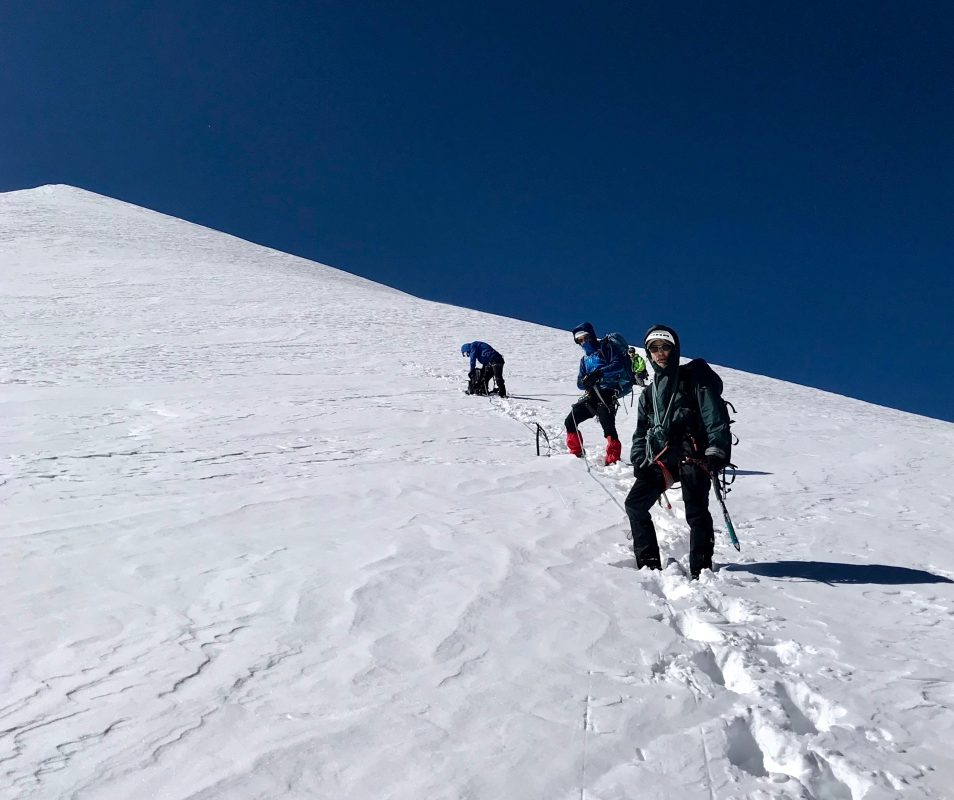 Bagging the Unclimbed in Kyrgyzstan

About twelve months ago we identified a region deep in the Tien Shan mountains of Kyrgyzstan which we believed to be unexplored. So we put out a few feelers, did some digging. Eventually we decided there were a bunch of accessible, unclimbed peaks waiting to be claimed. We knew we had the tools for the job so we put together an expedition team to go and check it out on the ground and in August they reached basecamp. From here, the team made several summit assaults on various surrounding peaks. But with heavy snow storms, rock falls and a forced crevasse rescue kept turning the teams back. Eventually a break in the weather and the team identified their best shot at a summit. Making a two day ascent with an overnight at an advanced basecamp, they scaled the steep glacier up to the summit ridge to claim the 4784m mountain.

We’ve located another region within Kyrgyzstan and in 2019 we have more plans for first ascents. Find out more here. 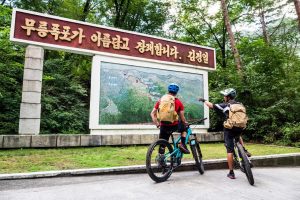 The First Ever MTB Expedition into North Korea

We were stoked earlier this year when Dan Milner came to us with a rough idea for an expedition he’d been dreaming about. He wanted to take some professional mountain bikers into the Democratic People’s Republic of Korea to see what the country had to offer in the way of riding potential. In September riders Harald Philipp and Max Schumann joined Dan and our own Tom Bodkin to see what they could find. If you’re lucky you may have already spotted the story in the international MTB press, if not stay tuned for the main event. For now though, you can find some behind the scenes gold here.

Want to visit North Korea in 2019, find our team expedition to DPRK here. 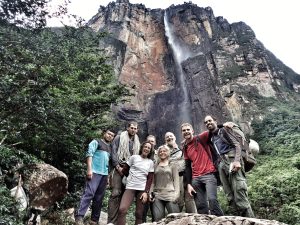 Sure you can take epic shots of Angel Falls, we’ve all seen them. But the mix of stoke and reflief in the eyes of our 2018 team who successfully abseiled its entirety over two days, to us, that’s better than any epic landscape and definitely earns a spot in our year highlights. 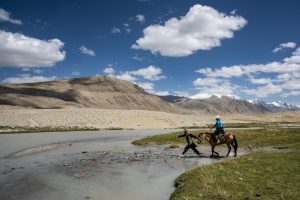 River Crossings in the Wakhan Corridor

We’re not quite sure what it is about them, but horseback river crossings in the Wakhan Corridor retain a special place at the metaphorical Secret Compass table. If you’ve been following us for a while, no doubt you’ll have noticed the abundance of photos making it through our social channels and also plastered on our website. But you can’t blame us. Doesn’t that shot make you want to book a one way flight to Afghanistan grab a horse and head for the Wakhan? It does us.

See the full highlights of our 2018 Wakhan Corridor expedition here.

Full details of our 2019 expedition here. 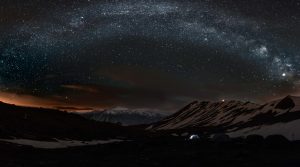 He made the 2017 highlight reel with another incredible alpine nightscape from Iraqi Kurdistan so we don’t blame you for a little de ja vu. In 2018 Switzerland’s Martin Hefti joined us on our inaugural alpine skills course on the slopes of Mount Kazbek in Georgia, where the conditions once again aligned with his finely honed camera skills. 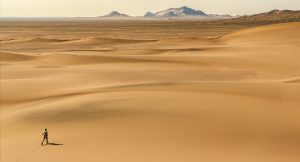 Peace and Solitude in the Lut Desert

Devising a crossing of the Lut desert was always partly inspired by the journey of Wilfred Thesiger and every year images from the team inspire thoughts of the original pioneers of desert expeditions. This photo from the 2018 expedition being one of them, and somehow it seems only fitting to include the image with the quote below from Thesiger himself.

“In the desert I had found a freedom unattainable in civilization; a life unhampered by possessions, since everything that was not a necessity was an encumbrance. I had found too, a comradeship inherent in the circumstances, and the belief that tranquility was to be found there.”

See the full details of our 2019 Lut Desert Expedition Here. 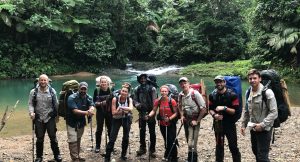 2018 also marked our first jungle guides course in Panama which saw a team of nine qualify as certified Wilderness Guides in the Central and South American Jungle Regions (CWG-SA). You see those faces? Well, one of them could be leading you through the jungle on your next adventure. Or better, you could join us 2019 and train to lead your own jungle expedition.

Find out more about how this year’s team got on here.