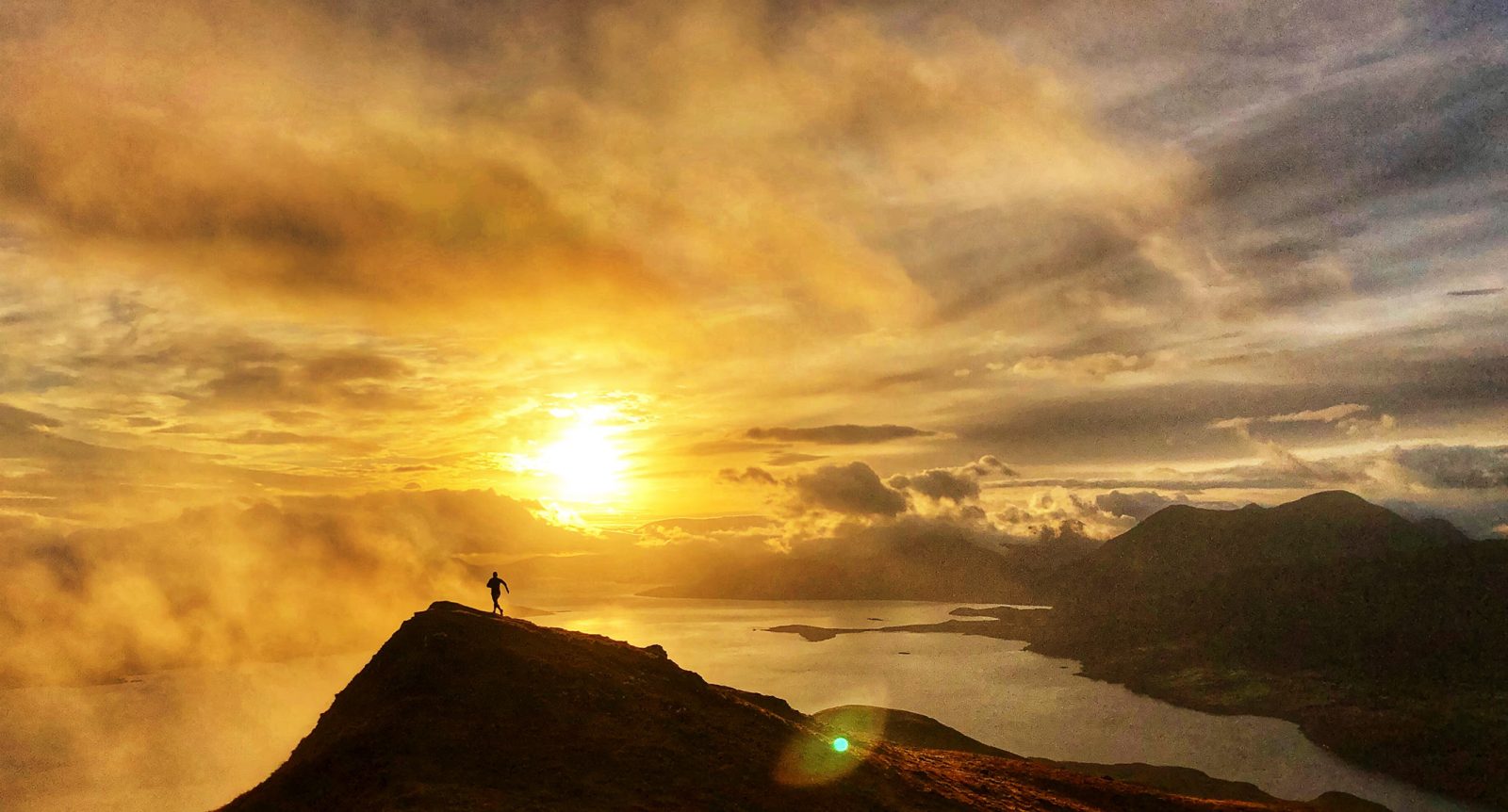 Behind the most impressive feats of endurance there lies levels of resilience, determination and mental strength which go beyond what most of us have ever experienced. Through his ultra-running, coaching and research into endurance itself, Donnie Campbell epitomises the spirit of a true endurance athlete. Here Donnie takes us deeper into his endurance running story, not only in terms of physicality, but into psychological endurance too.

I properly got into ultra-running in 2008/2009, starting running in order to lose some weight and get fit to play shinty to a high standard again. Shinty was my first sport growing up and I had represented Scotland for under 18s. It was when I was getting fit in 2008 that a friend suggested a 150-mile race over 5 days on the Isle of Islay and Jura. I agreed to it and ended up loving the race. I finished 4th and that was my first step into ultra-running. I never got back to playing shinty and ultra- running became my passion. Finishing 4th in my first ever race made me realise I had the potential to improve and get more competitive – but that I had so much to learn. It wasn’t really until 2012 that I started performing consistently and winning competitive races. For me, endurance racing is an easy way of exploring your limits. Expeditions, adventures or challenges take a lot more planning and logistics whereas with races that’s all taken care of, you just need to turn up and run as fast as you can. 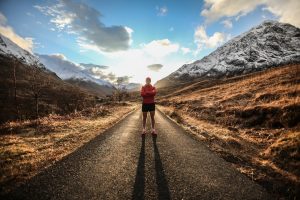 I’m competitive by nature so have always been curious as to how far I can push myself physically and mentally. Sometimes it can involve a real battle with your mind and sometimes that’s a battle that can’t be won. My first ever DNF (did not finish) came at the Mont Blanc 80km race in 2014. Two weeks before the race I had been unwell but thought that I was back to 100%. 15km in, I realised that wasn’t the case. As soon as I didn’t feel myself, the negative thoughts cascaded through my brain. “What’s the point of grinding out a finish”, “why carry on when I can’t perform my best”. After 30km I stepped off the trail and withdrew. As I fought back tears, it proved a far cry from what I imagined my first DNF would look like. It hurt. Looking back now, it makes sense why it happened. I lost my motivation, which meant my brain was going to call quits a lot sooner than when I normally would.

In ultra-running, if you have a high level of motivation to succeed you will normally find a way to keep moving. The Transvulcania Ultra Marathon was a race which completely destroyed me, but the outcome was much different to the Mont Blanc race. The year I ran it, they made an error about distances between aid stations so I ran past one aid station thinking the next one was only 5km up the trail. It turned out to be about 14km, by which point I ran out of fluid and was severely dehydrated. I filled up my water bottle at the aid station and kept going but I ended up staggering the last 30km to the finish line, where I collapsed and got rushed off to the first aid tent. I was put on a drip and given some drug to stop my body cramping, which was happening uncontrollably. What got me to the finish? Probably my determination, will to succeed and refusal to quit. 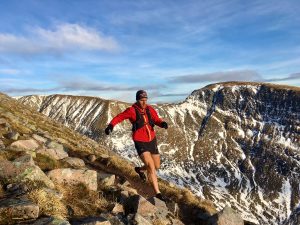 There is a lot of evidence out there to suggest that it is the brain which is the limiting factor when it comes to physical performance, not the body. It is my interest and research in the psychology of endurance which has allowed me to understand where my limits lie and how I can push them or get close to them. The “Central Governor” theory by Tim Noakes for instance, outlines how your brain will cause you to slow down before you reach your physiological max. Physiologist Samuele Marcora has a similar theory. Essentially the brain has the overriding say on how far you are going to be able to push yourself on any given day. On the back of my research, I have been able to use techniques to tap into higher levels of endurance and self-motivation. Self-talk for instance is a useful one. It’s been shown in numerous studies to increase performance and is a great coping strategy for when things get tough. I also use a goal setting technique. Breaking the run into smaller, manageable chunks and focussing on those alone, one at a time, is a really helpful way of getting through. Setting mini targets and smashing those takes away from the enormity of the challenge ahead of you.

Being able to push my limits to the max has resulted in some incredible experiences. One of the races I am most proud of is when I ran from Glasgow to Skye for charity, raising £22,000. The Ben Nevis Ultra in 2017 was also an incredible experience because six months of training all came together on the day and everything went to plan. My family friends were all at the finish line too, so it was really cool to share that experience with them. This year, I have my eye on the Tor de Geants – a 330km race with 28,000m of climbing around Valley Aosta, in Italy. I’m really looking forward to this race, to see if I can be competitive over this distance. 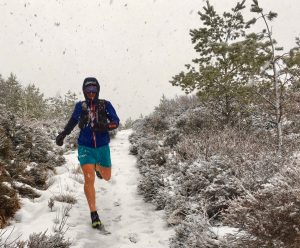 Having competed over many years now, I think I really understand a lot about endurance and pushing your body to the max. I do try to pass on a lot of what I know through my work as an endurance running coach. When it comes to racing and pushing themselves, I remind my students how important the brain is in the process and how sports psychology can help them push a bit harder. Improving stamina and endurance in running terms requires consistency in training and a gradual progression. And when you truly push your endurance limits, you see what you are capable of achieving. As William James – a psychologist I find particularly insightful – said, “beyond the very extreme of fatigue and distress, we may find amounts of ease and power we never dreamed ourselves to own; sources of strength never taxed at all because we never push through the obstruction.”

Endurance racing isn’t for everyone, and some people think I’m crazy when I tell them what I do, but I just laugh it off. For me it’s a personal journey and I am not looking to impress people or show off – it’s about getting out there, having fun and creating memories.

To read about Donnie’s recent record breaking completion of the Ramsay Round, click here.