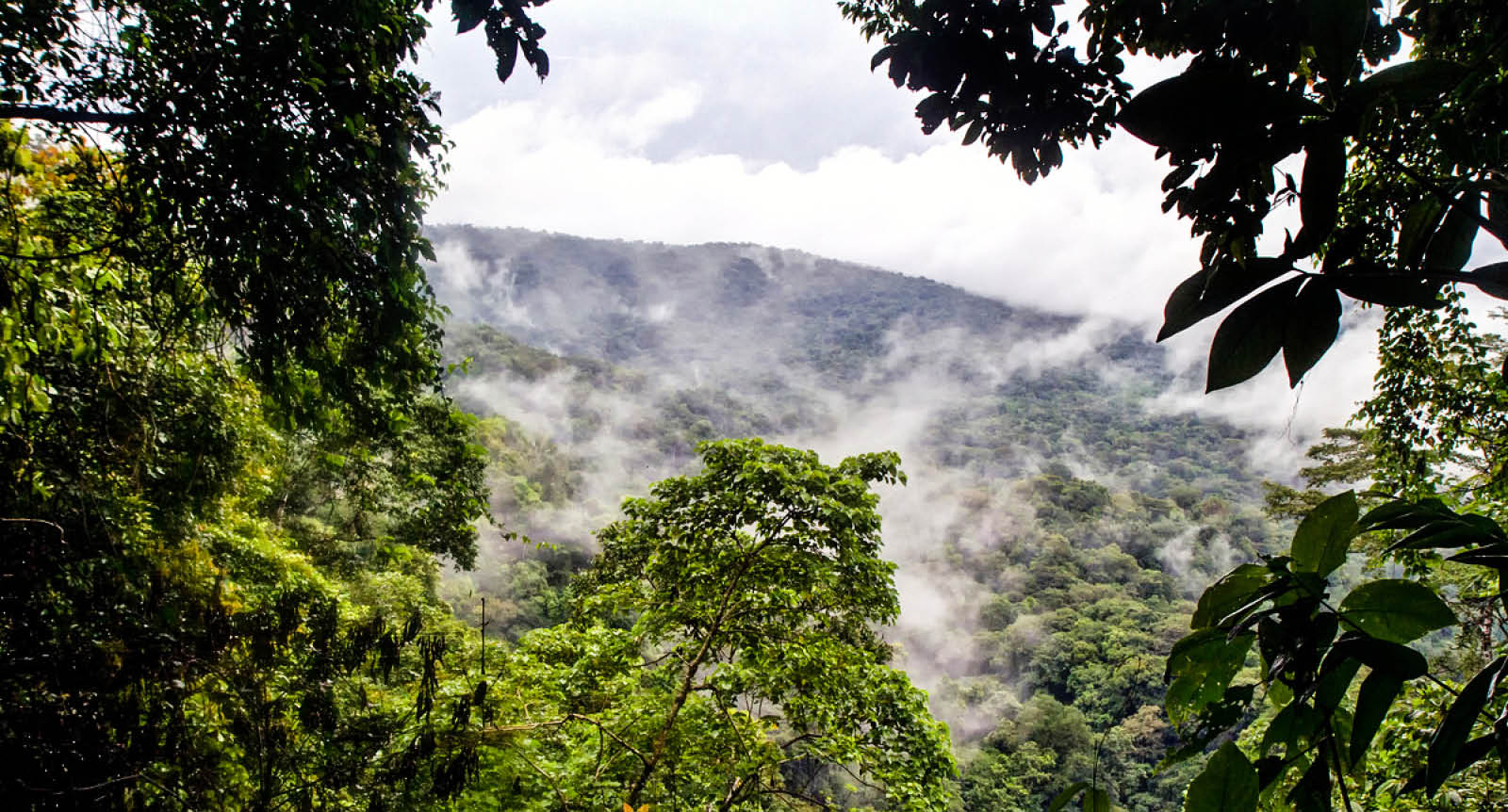 read up on Panama's Darien gap

You’ve probably read The Jungle Book already. Perhaps in its full unadulterated glory or, like me, in a truncated pictorial version as a child. The following handpicked choices are jungle books with a difference: they will transport you to the heart of Panama’s Darien Gap, not a land of singing bears and lisping pythons but one filled with notoriously challenging rainforests and a mysterious labyrinth of leaves and legend.

Home to undisturbed petroglyphs and indigenous peoples – and tougher than any politics or power tools that have tried to cut through it in the past – the pristine, mountainous and almost impenetrable environment of the Darien Gap remains the only break in the otherwise complete Pan-American Highway.

If you’ve seen Mosquito Coast (Central America), Captain Fantastic (the forests of the Pacific North West), or Hunt for the Wilderpeople (New Zealand), you might have a notion of what it means to survive on your wits and the knowledge of those around you when adventuring into the beating heart of a real jungle. Acquaint yourself with Panama’s wildlife and wonder-packed jungles with one of our jungle book choices: perfect for your commute, bedtime reading or backpack…or as pre-departure preparation if you’ve got your sights set on venturing into the Darien yourself. All books available to order online.

The Cloud Garden, by Tom Hart Dyke and Paul Winder

The Cloud Garden tells the story of the infamous 2000 kidnapping of botanist Tom Hart Dyke and adventurer Paul Winder, who found themselves in the wrong place at the wrong time in the Darien Gap. Ambushed while searching for orchids, Paul and Tom were held captive by FARC Guerrillas for the next nine months. This book tells a story of endurance, courage and their journey from captivity to freedom. These jungles really aren’t to be taken lightly, and adventurers seeking to explore The Gap are advised to travel with a reputable and well-connected operator to reduce the risk of this happening to them…

Darien Gap: Travels in the Rainforest of Panama, by Martin Mitchinson

In Travels in the Rainforest of Panama, Martin Mitchinson delves into the secrets and histories of the Darien Gap. In compiling this multi-faceted account of a rumour-fuelled region, he draws on many years of personal travel experience as well as the first-hand accounts of explorers, pirates, Scottish Colonists and members of the U.S Navy. The result is one of the finest travel narratives written on this politically and ecologically fascinating region. Prepare to get acquainted with the tropical tales and dark, historical underbelly of a rainforested region that has for centuries enticed and thwarted those who’ve sought to exploit it.

Obsessions Die Hard tells the story of Ed Culberson. Culberson’s dream was to drive his motorbike the entire length of the Pan-American Highway, from the wilds of Alaska south to the narrowing tip of Argentina. He found his dream blocked by the gap in the Darien region of Panama, where the roads end and are replaced by dense rainforests, treacherous swamps and the echoes of failed explorers past. Culberson had a robust spirit and was not to be deterred – and he lived to tell the tale. Obsessions Die Hard: Motorcycling the Pan American Highway’s Jungle Gap tells his epic and impressive story, as experienced on the back of his beloved motorcycle.

The Darkest Jungle, by Todd Balf

In the 1900s, many expeditionary teams attempted to cross the Darien Gap using a variety of methods from trekking to Land Rovers. In The Darkest Jungle, Balf tells the story of the 1954 U.S Darien expedition. Through his prose you’ll relive the 97-day ordeal that the 27 team members experienced as they attempted to be the first to traverse this teeming jungle region, packed as it is with wildlife, pit vipers, river crossings, marshlands and the type of obstacles that deter most people from even thinking about attempting a crossing. A historical tale of human courage and self-sacrifice, The Darkest Jungle is a must read for any potential Darien explorer and should be added to the kit list or pre-departure preparation for anyone with their sites set on attempting this classic adventure challenge for themselves.

To give it its full title, Egan’s book it called ‘A Daring Journey Through a Forbidding and Enchanting and Roadless Jungle That Is The Only Link By Land Between North America And South America’. I think my word count’s up and the book’s introduction has yet to begin! Egan’s tale of his 1989 crossing of the Darien Gap at just 18 years of age brings to life the hidden cultures and diverse ecosystems he encountered along the way. With a hint in the title as to the descriptive nature of Egan’s prose, this book receives mixed reviews online but is undisputedly a unique, first-hand account of the very real trials, tribulations and great rewards that an epic jungle adventure can bring. One theme is consistent in the reviews considering his age and relative inexperience: Egan had real guts.