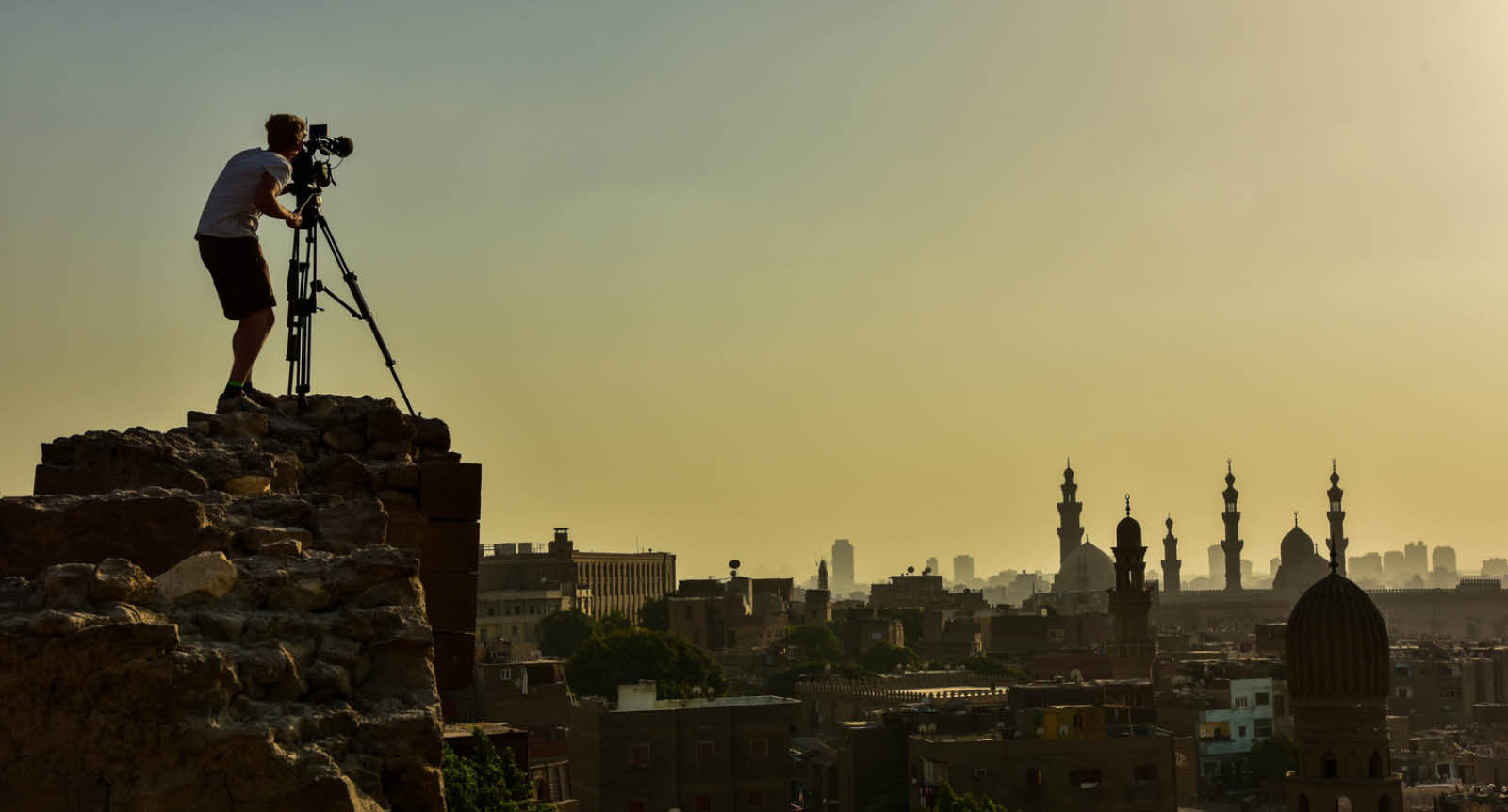 TO FILM OR NOT TO FILM?

Alastair Humphreys is an adventurer of the highest order. He has cycled around the world, completed the Marathon des Sables, rowed the channel and then the Atlantic, walked across India and much more.

Alastair has written five books about his experiences and recently released a film ‘Into the Empty Quarter” about his attempt, alongside Leon McCarron, to follow in the footsteps of Wilfred Thesiger across the Arabian Peninsula.

Here is what Alastair has to say about filming the journey. This blog entry was originally published on Al’s own website and adapted here with his permission.

Reflections on Filming an Expedition

Some people have no interest in the story aspect of their expeditions. We don’t know who those people are, because they do the trip merely for the doing of it, and never talk of what they have done. I have often celebrated this approach.

But I have always enjoyed sharing my journeys. Whilst the trip is in progress I like pondering how I might best share whatever I am experiencing at the time. I began this process early, daydreaming whilst cycling round the world about how I could turn these experiences into a book of my travels. This whiled away many a mile on the journey, long before I ever gave any thought to trying to turn my adventures into a ‘job’.

Later, walking across India, I focussed for the first time on trying to tell a story through photography. It helped me be more observant on my journey.

With the arrival of SLR cameras that could also record HD video I decided to try to learn a new skill. I crossed Iceland as a way to begin learning how to wield a video camera. Since then I have spent a lot of time filming myself walking/ cycling/ canoeing/ rowing or swimming past my camera. I’ve been learning a lot. I know my ISO from my f-stops now. But that does not a story make.

So the next step for me was trying to tell the story of a major expedition through video. And that is how Leon and I came to find ourselves setting up our tripods in an empty desert, walking for miles past the camera, then trudging all the way back again to pick up the camera. That is the non-glamorous summary of self-filmed expeditions!

Questions to Ask Before Departure

In summary, ask yourself whether you really, really want to film your trip. It is harder work on the ground than either photography or writing. It probably pays [even] less than either. But, on the plus side, I can now testify that it is thrilling, rewarding and addictive.

I absolutely loved the entire process of producing Into The Empty Quarter and I’m really proud of our first attempt at filmmaking. If you’d like to watch the film Leon and I shot, the trailer is above, which includes a link to the whole thing.