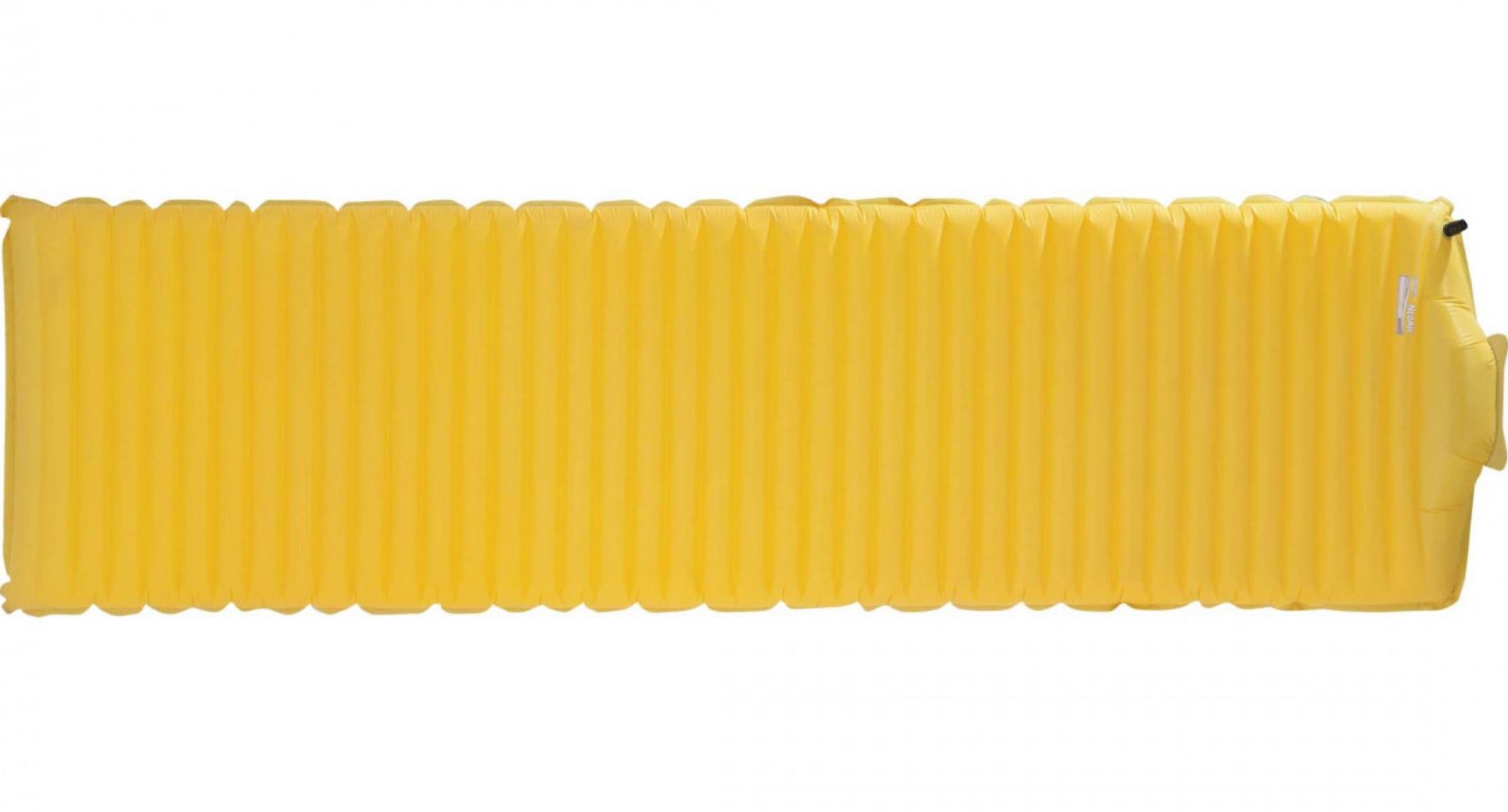 The best outdoor gear is the stuff you barely notice. The kit you don’t have to think about while proving packable, durable and functional – the three pillars of outdoor gear. One of the most valued bits of kit for those who venture outside regularly, the humble sleeping pad single handedly has the power to make or break a trip. Too big, and it’ll unnecessarily fill your pack while you curse the extra weight. Poorly constructed, and it will have you waking aching and possibly cold.

Therm-a-Rest have long been the frontrunners of the outside sleeping world, a name almost as synonymous with inflatable mats as Hoover is with the vacuum. As you’d expect, they’ve kept busy over the years and their technology has progressed accordingly. Knowing their market, they’ve split their range into three categories: ‘Camp and Comfort’, ‘Trek and Travel’ and ‘Fast and Light’. A solid indicator that they’ve got a bunch of different technology in their arsenal to put to the specific needs of different camping styles.

For a while now, I’ve lugged around a pretty outdated ProLite and despite being a little chunky, it’s been great. Comfortable, warm and durable. But against the latest and the greatest, it’s about four times as big consuming the entire bottom quarter of my backpack and the all of my bikepacking bar bag. I’ve always slept really well on it but I have had to hide my envy as my friends pulled out their mats packed to about half the size. So when Therm-a-Rest sent me what they claimed as the latest and greatest from their lightweight range, before I’d even slept on it, I was convinced I’d made a worthy upgrade. Now after about six months of use, we thought it was time to put together some thoughts on exactly what I do and don’t like about it.

Really the only difference between the Therm-a-Rest NeoAir XLite Max SV mat and the rest of the NeoAir range which has been around for a little while and responsible for the addition of SV in the name, is of course the Speedvalve.

Aesthetically, this is more like the top of a dry bag with two sealing sides which you roll down and a buckle to secure. The claim from Therm-a-Rest is that this valve allows you to inflate the mattress twice as fast as the traditionally used valves. Which is a big claim.

Bernoulli’s Principle of fluid dynamics states that by blowing through the neck of the mattress, the surrounding static, high-pressure air will rush into the pad to equalise the pressure, essentially adding volume to each breath. This is the concept which Therm-a-Rest have harnessed with this new design. With your mouth about six inches away from the valve, they claim five big breaths should inflate the mattress.

It’s a smart design and it is pretty quick to inflate, but I haven’t got it down to as few as five breaths yet. Maybe I need to work on my lung capacity, but I think a large factor of this is that of course that outside you rarely have a clean, dry table on which to lay the mat totally flat and keep the valve at an ideal height from which to fully expand your lungs. More than likely, blowing up the mat I’m crouched over inside my tent fighting with kit to make space to lay it out flat. In these instances, I think I’d question the effectiveness of the technology. For final and more subtle adjustments to the air pressure inside the mattress, I’m thankful Therm-a-Rest didn’t bin the traditional valve.

There has been some public criticism around this new valve, mostly surrounding its inability to hold full air capacity through the night and I’ve got to say I have woken up several of times with a much softer mat than I went to bed on. Therm-a-Rest’s response to this is user error – campers not making a clean seal with the closure of the valve or not totally inserting the inner sleeve. Fair enough, but as this is such a widespread issue, even if it is a case of user error, I’d argue a fault in design.

Therm-a-Rest label this mat as a three season mat with an R rating of 3.2, which puts it at the warmer (or colder depending on how you approach it) end of 3 season (see chart above). I run pretty warm and have used the pad in combination with both a down bag and my lightweight synthetic sleeping bag and have never noticed the cold underneath. That said , I’m yet to really try it out in the depths of winter.

Being so thin, the pad’s material does make you question its thermal properties but inflating up to about 6cm there’s a fair bit of space between you and the floor. They’ve also stuffed that space with two patent pending technologies: Triangular Core Matrix (two stacked layers of triangular compartments designed to minimise heat loss and reflective ThermaCapture barrier technology (a reflective coating designed to radiate heat back to the body). These are pretty technical points but while really hard to appreciate without tearing the pad apart do seem to serve their purpose.

Inflated fully, it is really comfortable. It sits noticeably higher than others on the market which can feel a little strange if you’re sharing a tent with someone using a thinner pad and while thicker models let you get away with it, you will notice some sag if it’s not close to maximum capacity.

A point of contention for the whole NeoAir range is the sound any form of movement on them makes. For sensitive sleepers I can definitely understand this being an issue and it’s certainly something I’m aware of every time I blow it up. That said, it doesn’t keep me up – after a long day outside not much will. If you do sleep light though it’s definitely worth consideration. 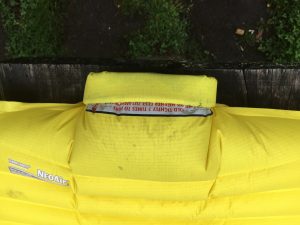 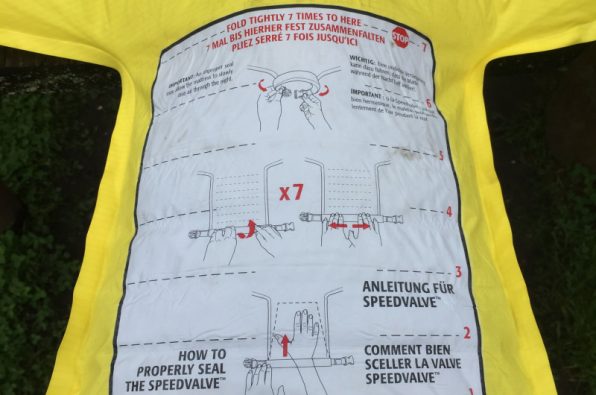 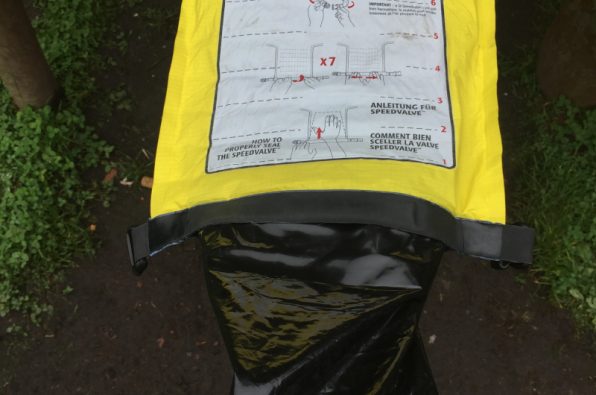 Deflated and rolled, the whole NeoAir range makes for really tight packages and this mat has transformed my setup. The official dimensions of the medium are 23 x 10 cm which make it about the size of a water bottle so it’ll pack neatly into the bottom of a backpack and often means I can get away with taking a smaller pack than I might have using the ProLite. It also only weighs 0.46 kg, meaning it’s the least of your worries when you’re packing your kit. As all the Therm-a-Rest pads, it does come with a stuff sack but if you’re really keen to save size you might be better going without, perhaps just keeping it tight with an elastic band of some sort or even wrapping it around another bit of kit.

If size and weight are a priority and you’re not too fussed about speed of inflation you might be better off going with the standard NeoAir XLite or even the NeoAir UberLite. The addition of the Speedvalve certainly adds a little bulk and weight, though it is pretty insignificant. 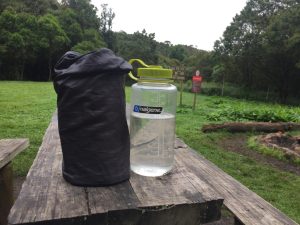 I’ve been pretty cautious to keep the pad on smooth ground, careful not to snag it on rocks or thorns and I’m yet to sleep on it totally bare on the ground. It’s always been covered either by a bivvy bag or a tent groundsheet. Even so, while the surface of the pad does feel pretty thin, I’ve been impressed by how it has stood up. As standard all Therm-a-Rest products come with a lifetime warranty and with four patches for easy, on the move repair. Handy.

If price is a major consideration when choosing your sleeping pad, then you might be hard pushed to chose this mat over something else in the Therm-a-Rest range. Based in the US and mainland Europe, there are some variable suggestions for RRP for the NeoAir XLite Max SV but it comes up at about £180 for the medium and over £200 for the large. Compared to mats in the updated ProLite range – about half the price – or even the standard NeoAir at more like £150 it is a jump, but if lightweight and quick inflation are your priorities, it is a clear winner.

So overall where does the NeoAir XLite SV rank? Over the past six months I’ve taken this pad on every trip I could and it certainly has qualified as a bit of kit I’ve more or less been able to forget about. And I mean that positively. It’s totally served it’s purpose and been a really valuable addition to my camping setup and proving itself to be really packable, functional and thus far durable it has made its way into the realm of invaluable.

So, should you go out and buy this mat? Well, it really depends on your needs. As I’ve mentioned above, if fast inflation and deflation are of utmost importance, then yes, it does stand head and shoulders above the rest. If, like most people, it’s a balance of size, weight, comfort and value, then go for the standard NeoAir XLite. 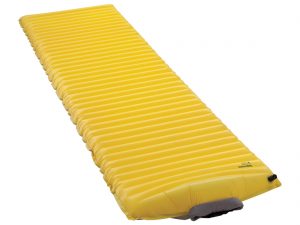