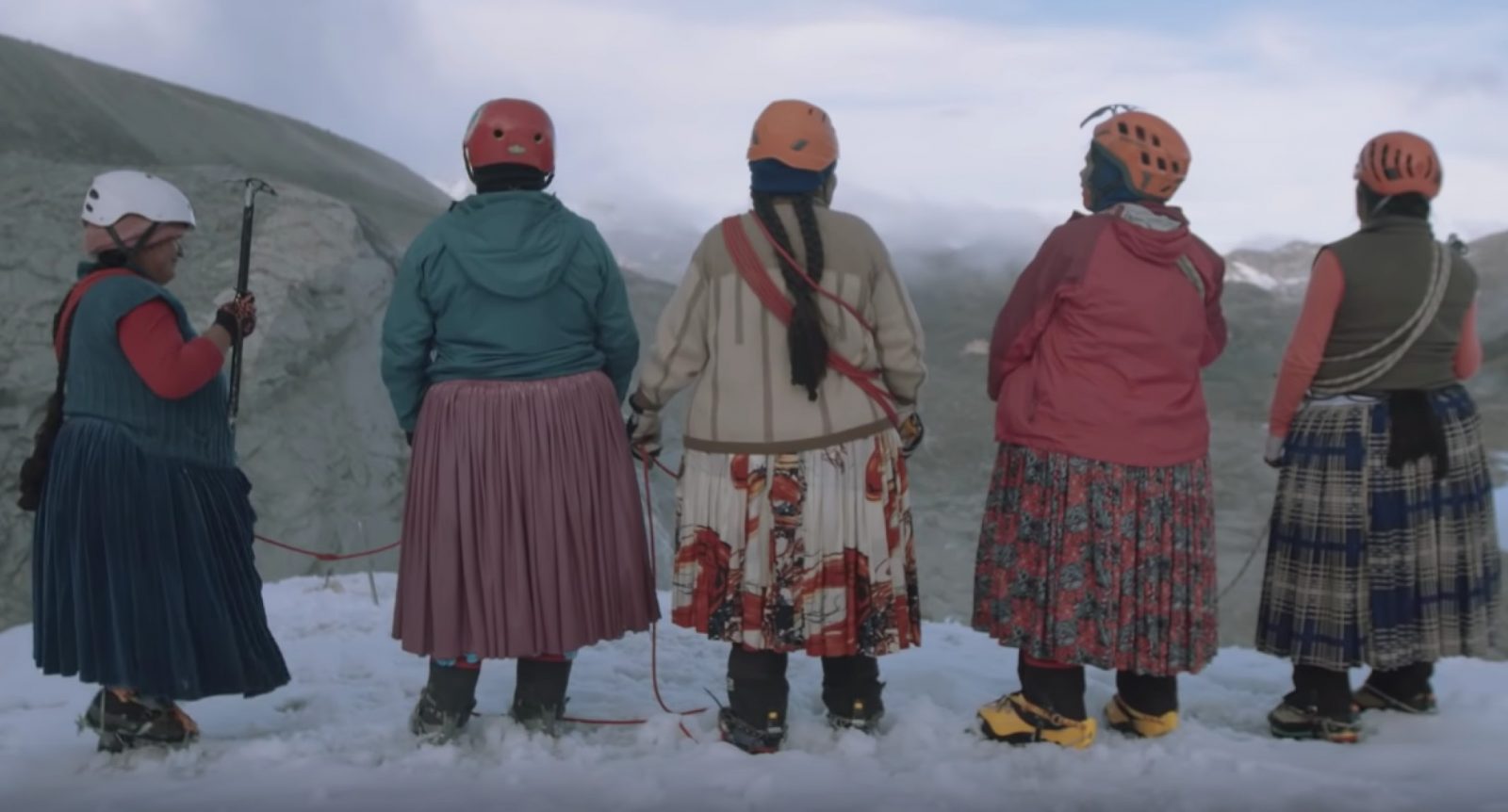 THE CLIMBING CHOLITAS OF BOLIVIA

the team of former cooks and porters summit Aconcagua

Having all worked for years as cooks and porters in the high camps of the Andes, four years ago, a group of Bolivian Aymara indigenous women aged between 24 and 52 years old set out to become mountaineers themselves. Their training consisting only of watching the experienced international teams whom they supported, in 2015, eleven of them made the summit of Huayna Potosí.

Since that first summit, they’ve climbed some of the region’s highest peaks and gained alpine safety training, and on January 23, five of them successfully summited Aconcagua, the highest point in the Western and Southern Hemispheres.

With the addition of alpine boots, ice axes, crampons and helmets, the women climb in their traditional dress – colourful dresses known as polleras and woollen cardigans. While Chola is sometimes used as a derogatory term aimed at indigenous women in some Spanish-speaking nations, the women call themselves the Climbing Cholitas, owning the name, transforming it into a point of pride.

Keep your eyes peeled for more from these women!