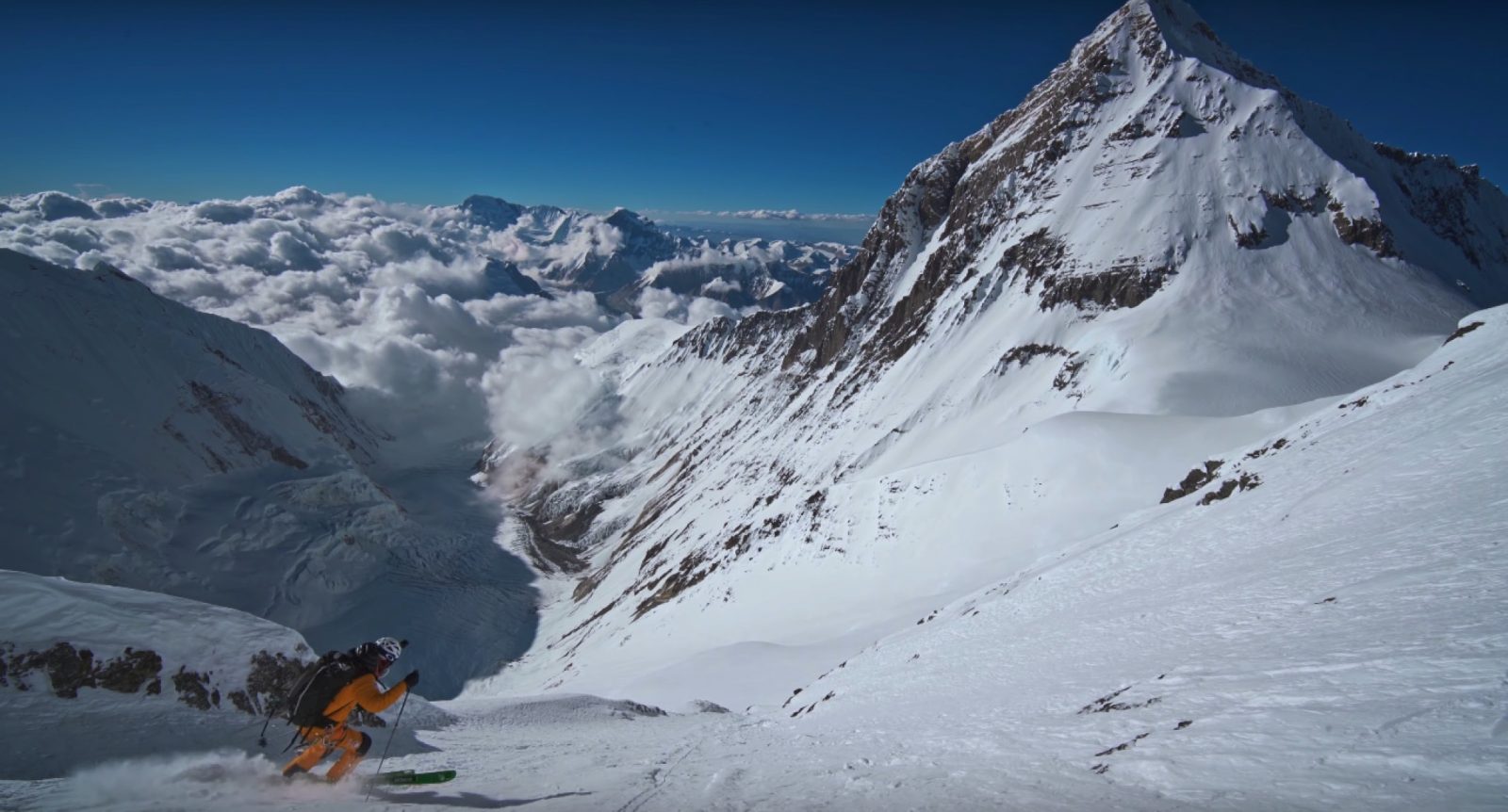 THE FIRST SKI DESCENT OF LHOTSE

Stood at 8,516 metres and part of the Everest massif, Lhotse is the world’s fourth highest mountain. In 2018, big-mountain skiers Hilaree Nelson and Jim Morrison completed the first ski descent of the mountain which in Tibetan translates as South Peak.

While ascents of the peak are generally approached in the spring, in order to maximise the snow conditions they’d need to make the descent on skis, the Lhotse expedition started at the very end of August – at the end of the monsoon season when snow would be covering Nepal’s highest Himalayan peaks. As the only team on the Everest massif then, the challenges were plentiful. The group had to set their own route and fix lines and weather delayed the arrival of gear and food with doubt at one point as to if their skis would make it as far as base camp.

Watch the full video below for the full story.