6 ADVENTURES TO UP YOUR ALPINE GAME

So you’ve ticked off the hiking trails in your backyard and dipped a toe tentatively into the world of mountaineering. Perhaps your urge for adventure has outgrown strolling in the hills but you’re not quite ready for a solo first ascent. We’re here to help you take the next step.

Whether your eye is on that first 5000m+ summit, using crampons and ice axes for the first time or gaining the knowledge to plan your own expedition, here are six expeditions to help you explore the next level. The best part? You can apply to join any of these expeditions today. 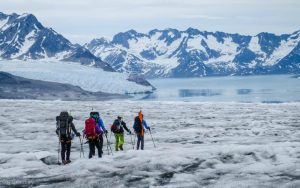 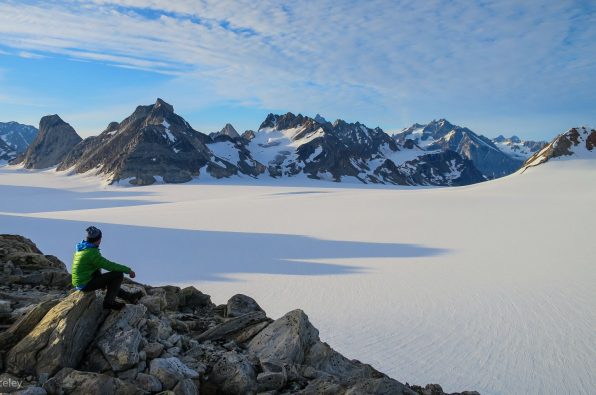 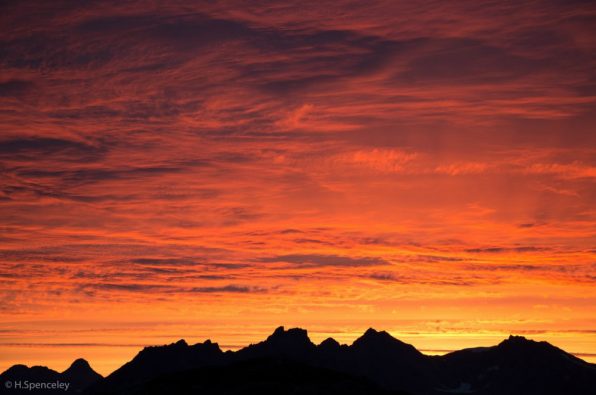 Ever thought you could claim a first ascent? This could be your chance. The Schweizerland Alps are an uninhabited mountain range hugging the southern edge of the Greenland ice sheet. A phenomenal area to go trekking, the terrain is characterised by sweeping glaciers, alpine plateaux and soaring rocky peaks, many of which remain unnamed and unclimbed.

Several of those peaks are possible objectives for this expedition. These are not technical routes, so you don’t need previous experience of rope work or mountaineering, they are essentially trekking ascents.

Much of this region remains largely unexplored. Its glacial conditions change rapidly meaning that the exact route and itinerary of this expedition will necessarily remain very flexible, until and even while the team is on the ground. For anyone seeking a truly exploratory experience, where anything can happen within the framework created by Secret Compass, this is it. 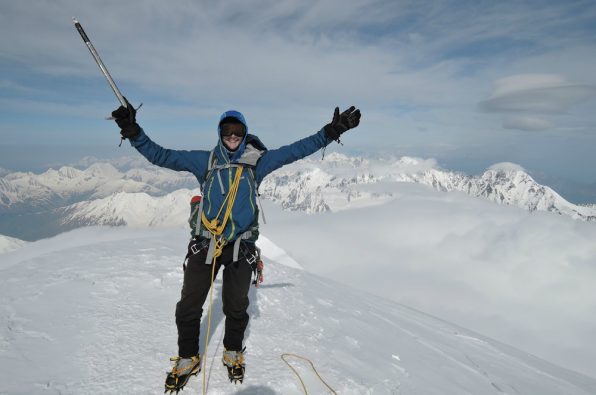 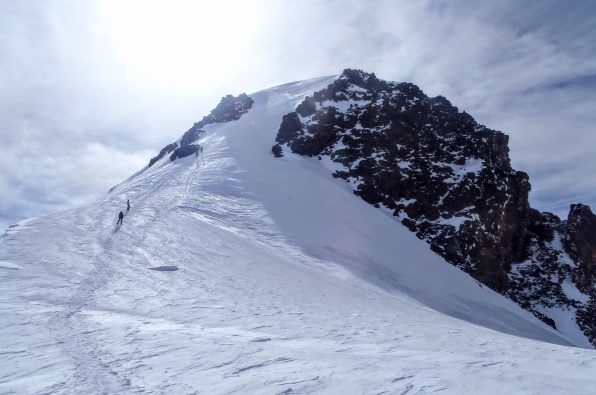 Alpine Skills in the Caucasus, Georgia

Taught by expert mountain guide, Rab-sponsored athlete and trained paramedic Phil de-Beger, you’ll learn the proper use of crampons and ice axes, ropes and harnesses, route selection and moving over glaciated terrain. Conditions and time permitting, there might also be opportunity to learn about and use snow caves before heading back down to explore the country’s capital Tblisi. 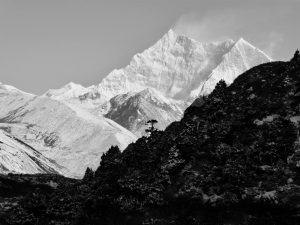 Sandwiched by China and India, Bhutan is one of the last remaining countries to truly reserve its mystical status. You’ll pass Everest, Kanchenjunga and Jomolhari and that’s just your flight in. The aim of this expedition is to explore the country’s more remote reaches and make a summit attempt on a rarely climbed and we believe unnamed 5400m mountain.

The Bhutanese believe that mountains over 6000m in height are sacred and in 1994, its government prohibited climbing on all 6000m+ peaks. On reaching the summit – attempted as part of an arduous 10-day trek – you’ll have a clear view of the highest unclimbed mountain in the world, Gangkhar Puensum which sits at 7570m. 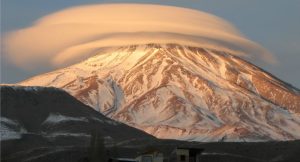 One of the Volcanic Seven Summits: Mt. Damavand, Iran

At 5610m Iran’s iconic Damavand dominates the Alborz mountain range and is the highest peak in the Middle East and is Asia’s highest volcano. Flanked by sulphur fumaroles and hot springs the stratovolcano has influenced Iran for generations from its representation in mythology as the home of the dragon Aži Dahāka, to appearing on Iranian currency.

You’ll acclimatise by making summit attempts on several of Damavand’s neighbouring 4000m+ peaks as you traverse the Lar National Park en route to the summit attempt of Damavand, one of the world’s Volcanic Seven Summits and the twelfth most prominent peak in the world. 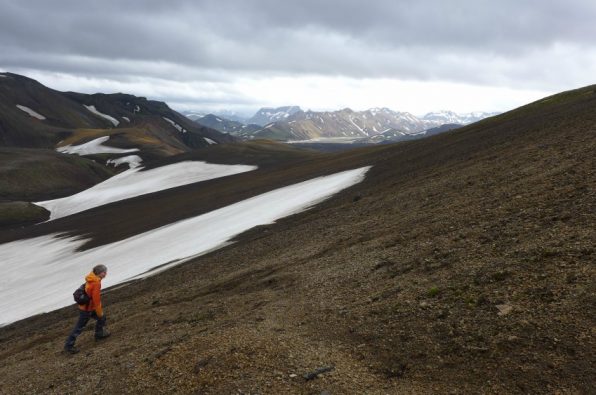 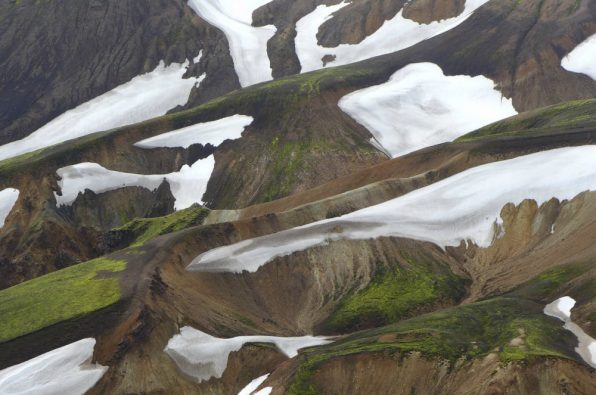 Equip yourself with the skills, knowledge and practical experience needed to plan and prepare your own solo or group expedition in the world’s ultimate geothermal playground. As part of our Adventure Academy, the aim of this expedition is to learn and practice hill and mountain skills in a truly expeditionary setting: Iceland’s iconic, world-class Laugavegur Trail.

Following a route from Landmannalaugar to coastal Skogar, you’ll learn from industry leading professionals with the opportunity to enjoy the hot springs at Landmannalaugar and visit the impressive waterfalls at Skogarfoss and Seljalandsfos. Whether this is an expedition introduction or a chance to build upon pre-existing skills and knowledge, this is the perfect way to get more from your annual leave. 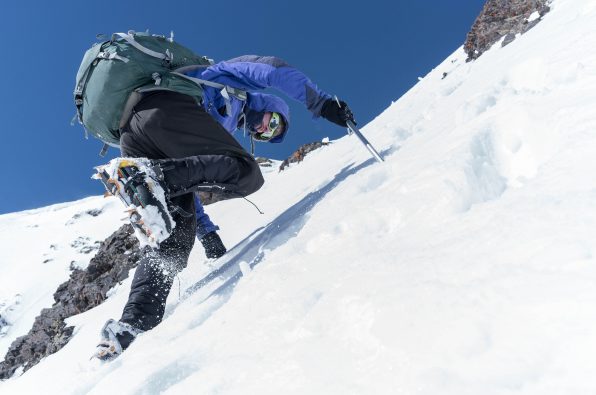 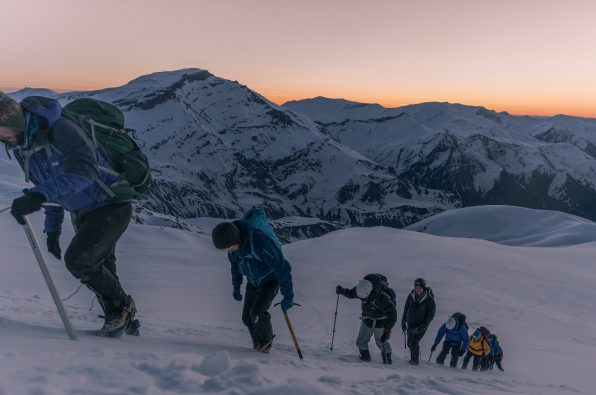 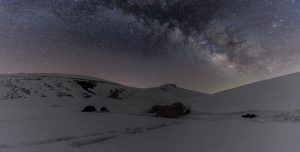 The Secret Peaks of Iraqi Kurdistan

The jagged Zagros mountains, considered sacred by the Kurds, have historically guarded the high passes into Persia. One of its kings is the snow-coated peak of Mt. Halgurd and until the mountain was climbed in 2004 by British mountaineer Ginge Fullen, it was thought to be the country’s highest mountain. On this expedition, you’ll learn the proper use of crampons and ice axes before putting them to use as you attempt to reach the summit of Mt. Halgurd at 3,607m.

In addition to the summit attempt, this expedition gives you the chance to experience the rich and hospitable culture of the Kurds. Explore Kurdistan’s incredible capital city of Erbil and enjoy a typical Kurdish welcome in the smaller mountain communities encountered en route to Mount Halgurd itself.

For all the nitty gritty on any of the above expeditions Request a Handbook, or to take the leap and Apply to Join an Expedition.