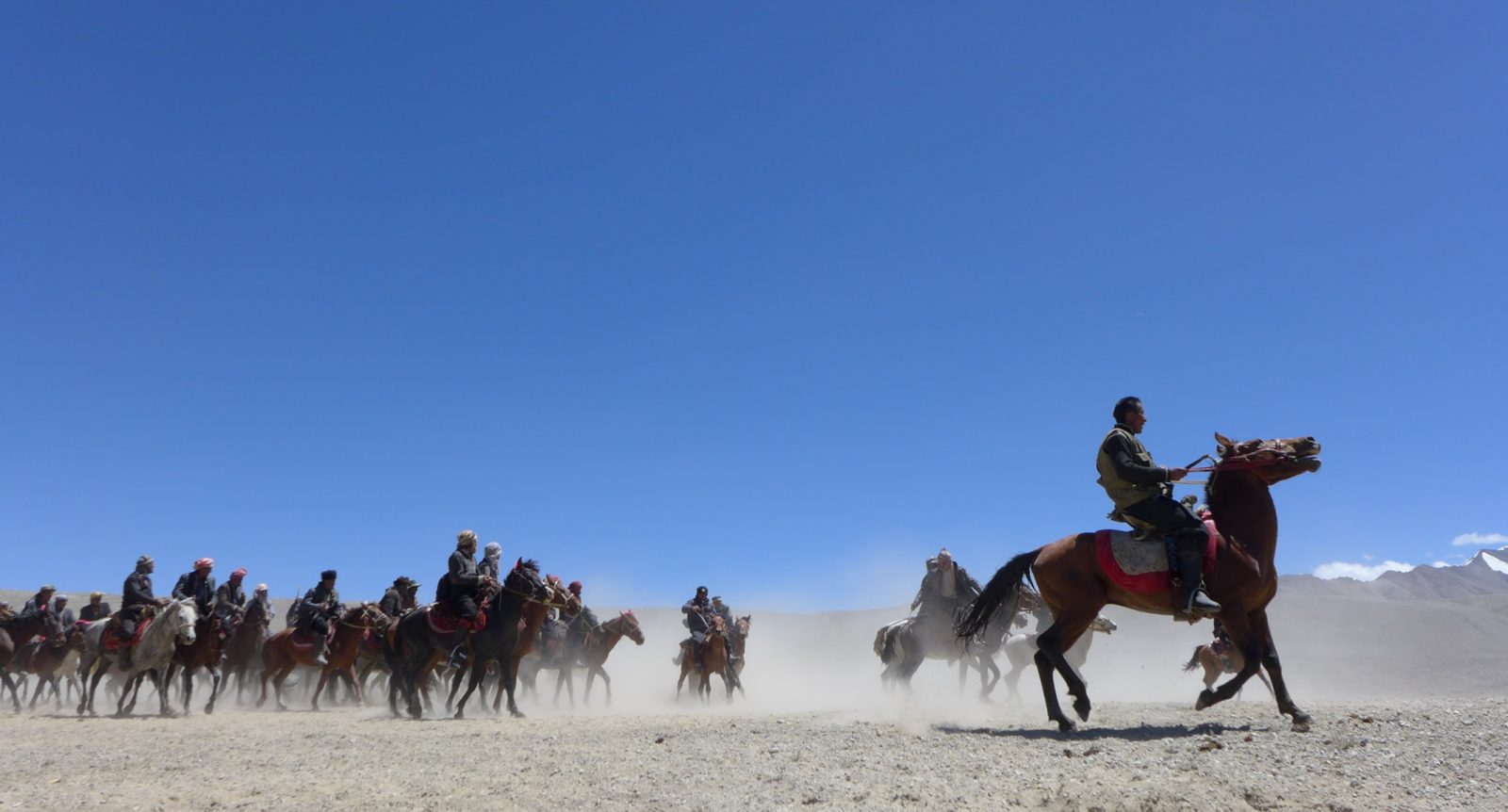 WHAT THE HELL IS BUZKASHI?

In Persian, buzkashi translates as “goat grabbing” and actually, the simple name is a pretty apt description. Introduced by the nomadic Turkic populations between the 10th and 15th centuries during westward migrations from China and Mongolia, the game’s foundations lie in goat and cattle theft between nomadic tribes. Today this fierce game sees horseback players fight for the possession of a goat or calf carcass and is played across much of Central Asia by numerous ethnic groups. 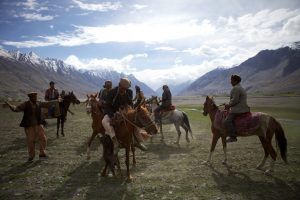 Before the game, the carcass is decapitated, gutted and soaked in water for the 24 hours ensuring it stays in one piece and sand is sometimes added for additional weight. To kick things off, it’s then placed in a centre circle where on a signal, horsemen race to grab the carcass and then maintain possession, fighting off each other as the carcass’s elasticity is put to the test.

While variations of the sport are copious with Afghanistan, Tajikistan, Kazakhstan and Kyrgyzstan, all playing their own versions, in Afghanistan buzkashi has been adopted as the country’s national sport. Games traditionally take place on a Friday and are capable of drawing thousands of fans. In a form known as Qarajai, players score by carrying the carcass around a flag or marker at one end of the field, before throwing it into a scoring circle at the other end called the Circle of Justice. Halves are 45 minutes long with teams consisting of 10 riders, while only five riders from each team can play in a half, as stated by the official guidance set by the Afghan Olympic Federation.

Due to the sport’s intense physicality, it’s widely accepted that a buzkashi player, called a Chapandaz does not mature until he reaches his forties after decades of observation and practice. Similarly, horses experience vigorous training though their rarely owned by the riders themselves. Instead horses belong to the wealthy high society, who look for the experienced master Chapandaz to ride their horses.

Rurally though, while competition is every bit as fierce, buzkashi is a far more informal and chaotic affair. Here, villages compete in a form of the game known as Tudabarai where the aim is simply to maintain possession of the carcass and the rules are minimal. A rider cannot secure the carcass onto their saddle nor they hit an opponent on the hand or knock the carcass away. Everything else is fair game. Boundaries are often decided by the landscape and punching, kicking and even forcing players into rivers is all common place. Games can last several days and sometimes with hundreds competing in a single match, there are no teams.

For our expedition teams exploring the Wakhan Corridor, stumbling across these games of buzkashi, witnessing the chaos in the remote valleys to the backdrop of the Pamir mountains always proves to be a trip highlight. Here are a few of their photos from the past few years.

Find out more about our Afghanistan expedition here. 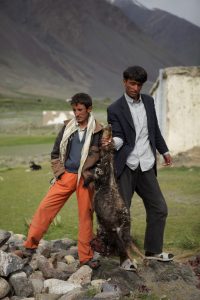 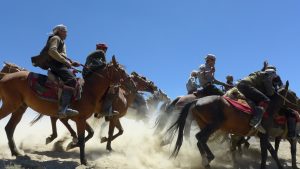 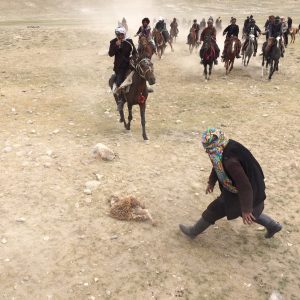 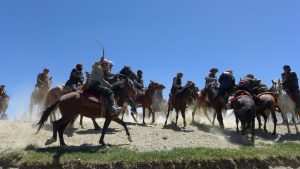 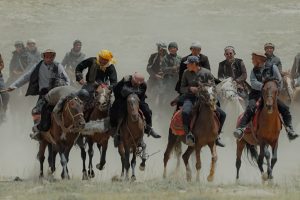 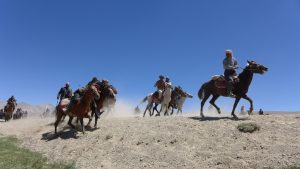 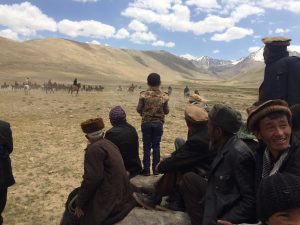 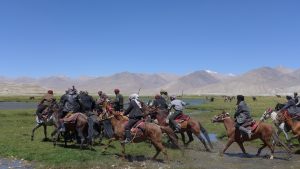 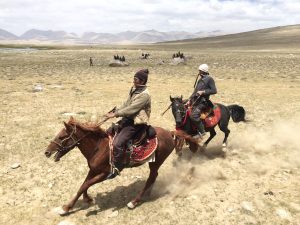 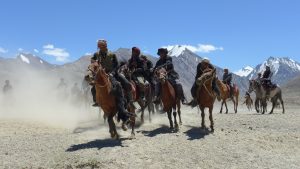